We Are Back
By Moshe Katz
Krav Maga instructor, Israel 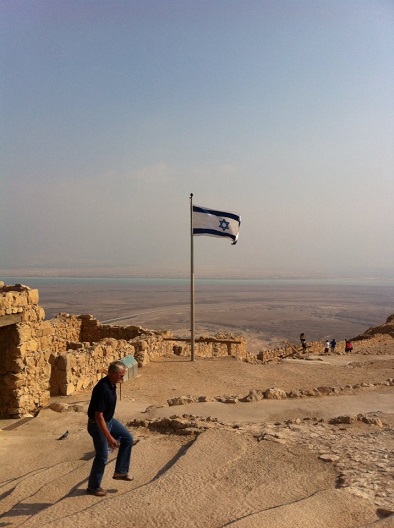 the flag of Israel, proudly at Masada, the ancient fortress

1988, back in my days in Kyokushin Oyama Karate, I had a female guest join me for a class at our dojo. This created a new experience. Normally after class, I showered, got dressed, and was out the door in minutes. This time I had to wait until this friend came out of the shower/dressing room.

As I was the last guy there I ended up having a nice, and rare, conversation with, Maasaki Terao, one of the Japanese live-in students. He noticed I was wearing my kipa, traditional Jewish male head covering, which I of course do not wear during training. So he says, "You Jewish?"

He asked further, "You from Israel?"

At the time I lived in New York, not in Israel, so I answered, "No."

Maasaki: "So who lived in Israel?

I started to explain, "Two thousand years ago there was a great war and our people were expelled from our homeland and…" Maasaki interrupted me, "No one in family live in Israel for 2,000 years!"

He went to offer the following insight, "I am from Japan, so I am Japanese; you are not from Israel so you are not Jewish."

This week we mark the day the first and second Holy Temples of Jerusalem were destroyed. The first was destroyed by the Babylonians, and the second by the Romans. The destruction followed terrible wars in which the Jews fought heroically but were defeated by the vastly greater forces of the conquering enemy. Our defeated people were subject to terrible cruelty after their defeat. The Romans crucified thousands.

During the war the Romans often crucified 500 Jewish prisoners per day! Many of our people were sold into slavery; others were massacred in public as a show of force. Others, so tragically, were used for entertainment. The bravest warriors were pitted against wild beasts in wrestling matches. Titus the Roman general enjoyed entertaining his guests.

"When he held his court in Caesarea, and entertained his friends in true Roman style, wild beasts were brought into the arena, and Judean captives fought with them until they were torn to death; or they were forced to fight one against another, dying at each other hands. Thus at Caesarea, two thousand five hundred brave Judean youths perished in this manner to celebrate the birthday of Domitian, the brother of the conqueror." (History of the Jews, Heinrich Graetz, Volume Two, 1893, Page 312)

My friends, there is a security guard at our shopping mall in Maaleh Adumim. He is a sweet man and I always enjoying sharing a few words with him. His name is Angelo and is originally from Rome. Like me, he wears a kipa on his head; he is an observant Jew who lives by the laws and traditions of our people.

One day during our conversation he said the following, "I do not make a lot of money being a security guard, but I am a happy man, I have so much to be grateful for. You see 2,000 years ago my family came to Rome as slaves, after the defeat of our people. From being a free and proud people in our land of Israel we became slaves in a foreign land, Rome.

There is the Arch of Titus still standing in Rome; it says "Judea Capta" Judea, Israel, is conquered, subjugated. This has always been a mark of shame for us, the Jews of Rome. For 2,000 years we have waited to come home, and now I am home, my family is finally home.

This year I took my son and his son, my grandson, to Rome for a visit. They posed in front of that Arch of Titus and took a photo. But now this is different, you see my grandson is Israeli, he was born in Israel, the first member of our family to be born in our land since that defeat in the eear 70.. So after 2,000 years my grandson stands next to the arch and says 'I have returned to Israel, I am a Judean, we are no longer your captives.' So every day of my life is a good day."

My friends, there is no more "Judea Capta"; The Roman Empire is just a piece of history. We are once again a free and independent people living in our own land by our own laws. The fierce and brave Judeans of old did not die in vain. Their spirit carried through the generations, through generations of exiled, scattered people, and burst forth in our times. This warrior nation rose again and reclaimed our birthright. Our soldiers once again climb up to Masada and Jerusalem. Our flag is raised once more.

As we approach the day where we mourn the destruction of our Temples and the terrible loss of life involved, we also remember the bravery. We remember our starving Judean soldiers, men and women, who fought back the Roman legions again and again. And although ultimately our people could not prevail in those battles their spirits prevailed over time. Their sacrifice and heroism became part of our DNA, and still flowed in our blood. And like my friend Angelo, we stood the test of time, and we have come back.

This is Krav Maga! A spirit that can not be broken, a people that does not give up.

"The besieged threw masses of stone upon their assailants, poured boiling oil upon their heads, seized the ponderous missiles that were hurled into the city and turned them into tools of destruction against the Romans." (Page 302) 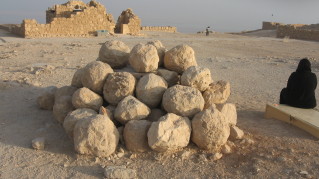 Stones at Masada, the last stronghold of the Judean fighters in the year 73)

Such bravery and heroism does not die. It has returned with the modern people of Israel, we are back, and let the world know it!

Join Us in Israel were it all began!

Walk with the spirit of King David, the Maccabees and the Biblical warriors of old. Meet the true descendants of the Jewish kings and fighters, learn the fighting history of this ancient nation. 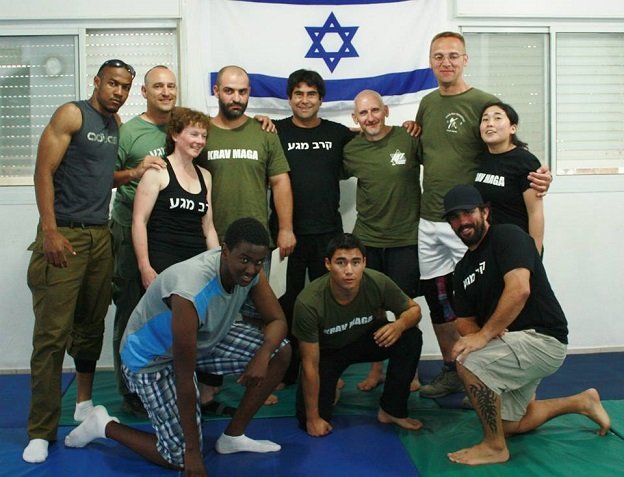 The book, the history:
Israel: A Nation of Warriors

The history of Israel as a fighting nation, the roots of Krav Maga, the essence of the Israeli fighting spirit.

Where did it all begin? this book tells the story, It began with the Patriarch Abraham, and passed on through the generations of a proud nation defending their land, from the Philistines, the Egyptians, the Babylonians, the Romans, the Arabs.

This book tells the story, prophets and warriors, judges of Israel and spiritual visionaries, Samson the judge of Israel, Deborah the Prophetess, Gideon and Yiftah, Ehud ben Gerah; who were they and what did they do?

Available on Amazon, Kindle, or directly from the author.