It is Purim, again. And once again we sit huddled in the synagogue, tightly squeezed together as we gaze at the ancient scroll and hear the reading of the, Megilla, the scroll.

We sit as if we have never heard the story before, anxiously following the plot, although we have. We have heard it every year since we have been old enough to sit in the synagogue, and even before that. And we have lived it in every generation...

For there is an evil man, his name is Haman, and he wishes to destroy my people, says Esther the Jew. He must be stopped lest my people are annihilated. (Scroll of Esther)

For there is one nation, scattered and divided among the nations of the world, and it is not in the king's interest to keep them alive. (Scroll of Esther)

There is always an evil adviser explaining why it is the Jews who are the source of all troubles, why getting rid of the Jews will solve all the problems of the world. The Jews are our misfortune. Die Juden sind unser Ungluck.

It was not Hitler who came up with this idea, he only improved on what his predecessors had been doing for more than 2,000 years. We the people have always struggled for survival, and we still do.

Yes, in my travels around the world I have heard this. And the odd thing is that the people who say these things to me are not "Anti Semitic", but good people. .Yet I know that these views can easily turn into open hatred, given the right political and economic climate. We have seen this happen before.

And yet there is hope. The Purim story brings hope.

Some say it is all historical fact and some historians argue that it is just a story, written to give the Jewish people of every generation a ray of hope and optimism. For in the story the Jews are allowed to fight back, and once given a fighting chance - they win.

In the story the Jews survive, Mordechai the Jew becomes a national hero and the Jews are allowed to live in peace in Persia.

In reality this has rarely been the case. The Jews have not been able to fight back and they have been kicked out of every land. As the great poet Robert Zimmerman, (a.k.a. Bob Dylan) writes;

The neighborhood bully, been driven out of every land
He's wandered the earth, an exiled man
Seen his family scattered, his people hounded and torn
He's always on trial for just being born

In reality things rarely end well for the Jew of the world, and that is why we have the State of Israel, which is now regarded by the world as the trouble maker nation, the Neighborhood Bully. How dare we fight back!

Now Israel becomes the hated target, and it is not advisable to allow this nation to survive..(old words in a new format).

Alas, as the Bible says, we are a nation that dwells alone. But those who bless us, they in turn shall be blessed. This has been proven countless time throughout history. All you need to do is study your history.

Yes, we are outnumbered, about a million to one, just live to survive...as Zimmerman wrote.

So in our story today two personalities standout; Mordechai "The Jew", and his niece, Queen Esther.

On the other side we have the evil Haman and the bystander King Ahashverosh Xérxēs of Persia.

Mordechai the Jew, the one who stood up to tyranny, the one who refused to compromise. The Nazis hated the stubborn Jew, with his beard, his strange outfit, and his Talmud.

And Esther the Queen; a Jew who could easily have forgotten her people and lived the good life among the Gentiles. She could have unburdened herself of the challenges of being "different". But her wise uncle reminder her, perhaps for this reason you have reached this lofty position, and if you do not act now on behalf of your people, help and redemption will come from elsewhere and you and your father's household will be wiped out.

During the Holocaust there were many Jews who felt they were different, they were enlightened and shed the "awkward" ways of the Jewish people, they thought they could escape the anti Jewish persecution, that the Gentiles only wanted to kill the Oust Juden, the Eastern Jews with their strange clothing. These Liberal Jews were gassed and burned in Auschwitz like the other Jews, they too took the Himmel strasse weg, the road to heaven, the smoke that comes out of the chimneys in the crematoria.

Esther listens to her uncle, Mordechai "The Jew", and takes action, she risks everything, she risks her life and stands up for her people.

There is a woman...and her name is Esther and she is our queen and she stands up and says.. There is an Evil One and we must stop him. She has the ear of the king and she uses, not for her personal benefit but for the benefit of the nation of Israel, the people persecuted throughout the ages, In so many lands and by so many nations.

Mordechai and Esther, they stand up, one man, one woman. They stand up. Whether or not you accept his as historical fact or a moral lesson, the message is powerful. One person can make a difference. One person can start a ripple effect.

And it reminds me of our own times. The fight for national liberation. The year is 1947 and Jewish rebels are about to be executed by the British Mandate authority.

Two Jews refused to be executed for fighting for their freedom. They prefer to die on their own terms, they take their holy lives, they recite the national anthem, they embrace with a hand grenade between them and like Elijah the Prophet they ascent to heaven in a ball of fire.

Two Jews. And I recall the words of the great leader Menachem Begin of blessed memory. I can see his expression as if it were today, God bless his soul, his words...Two Jews, Moshe Barazani and Meir Feinstein, a Polish Jew, an Iraqi Jew, a Sephardic (Spanish heritage) Jew and an Ashkenazi (Germanic) Jew Two Jews, two brothers. 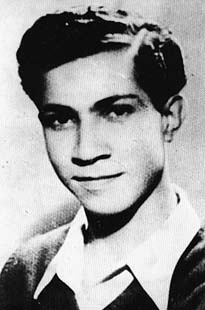 Thus the story of Purim, in one form or another, repeats itself in every generation, and that is why this morning I sat next to my friends as we listened to the story again, even though we know it by heart.

We listen because we know the message is as relevant today as it was in ancient Persia, we know the dangers we face.

This is the message of IKI Krav Maga. Learn your history, be prepare. Never become lazy or complacent. And remember, all it takes is one man, one woman, who refuse to go along, who refuse to give in to tyranny. That is how it begins.

Stand up, or as in the case of Mordechai the Jew, refuse to bow down. Stand up and resist evil. Like Esther, refuse to forget who you are and what your true purpose in life is.

One man, one woman, can make the difference.

Choose to that difference.

Know the history.
Israel: A Nation of Warriors
by Moshe Katz 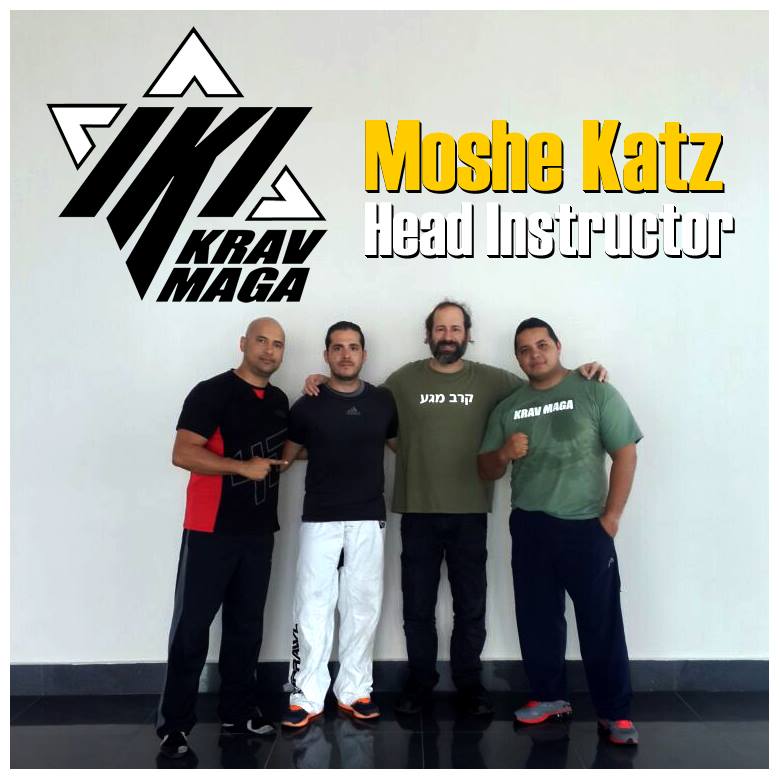