Moshe, you are a gentle soul with the heart of a warrior, thank you for sharing your knowledge and insights. (Gladys, Krav Maga student, Grand Rapids, Michigan)

You have a great way of making something very effective, in the right situation, deadly, seem very approachable to even the most timid of people.  (Michele Vicchitto, Pennsylvania) 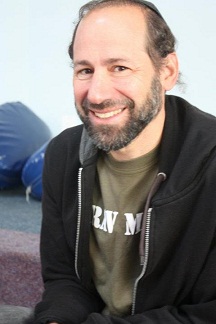 Israeli Krav International (IKI) is under the direction of Moshe Katz.

During the course of his 30 plus years in martial arts Moshe has trained with some of the greatest instructors around the world. He is certified by Wingate, Israel's national martial arts institute and  certification board, and by Itay Gil; his instructor and friend of many years.

He spent several years working for the Israeli Board of Education as a Krav Maga instructor, advisor, and contributor. He spent two years training the Jerusalem Elite Security guards, those who patrol the most dangerous neighborhoods of Jerusalem.

Over the years Moshe has been recognized world-wide for his abilities and innovations and has received numerous awards and honors from military, police, civilian and governments.  He has been featured in news broadcasts, TV and radio, newspapers and magazines throughout the world.

In 2014 he was inducted into the American Black Belt Hall of Fame as International Krav Maga Instructor of the year.

For a more complete list of certifications please see Ranks and Awards.

IKI is a fiercely independent organization, we are not affiliate with any other organizations and we do not join other umbrellas associations. As such we politely turn down invitations to join international associations of any kind.

We do promote friendship with all organizations.

Civilian and school children of all ages

Moshe worked for the Israeli Ministry of Education as a Krav Maga instructor and consultant and contributed to the development of the program for school children aged 6 - 18.

"From all my students I have learned"

Information in other languages