after the disarm
BY MOSHE KATZ
CEO
ISRAELI KRAV INTERNATIONAL 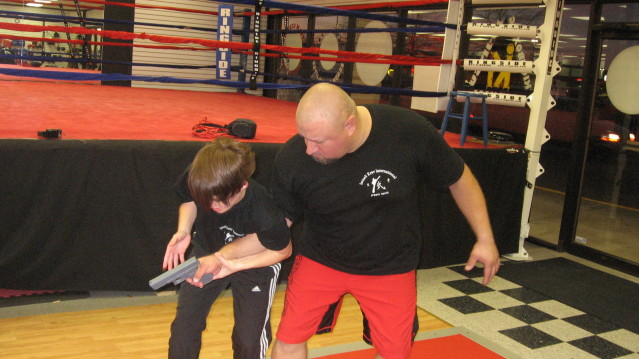 There are some styles of martial arts that teach gun disarms, this is a good start. Personally most of the gun disarms I have seen I find to be more suited to Hollywood Fantasy movies, but...that is another matter. My question here now is; what comes next? What comes after the disarm?

This is a question rarely dealt with, and rarely answered correctly.

Usually the assumption, as I see students of other styles practicing, is that they take the gun, cock it, and aim it at the assailant with "Get the F down on your knees", or similar Hollywood style acting. Truly Hollywood Fantasy films control our minds.

As President Abraham Lincoln said, "The Lord loves homely people, that is why He created so many of us.", So I say God loves ordinary folks. Nearly all of us are ordinary folks. So what should we do?

The answer is: It depends.

Let us look at a few possibilities

1. Shoot the assailant - This remind me of a period when the incidents of knife attacks in the Jerusalem area increased drastically. Many discussions were held as to what to do. Everything was considered; from blaming the local government to blaming Bibi Netanyahu to blaming....God only knows. What was not considered was taking Krav Maga lessons. One popular idea was to arm the women in the neighborhood, of course after taking the required 2 hour, 50 bullet course.

One of the Counter Terror specialists that I know said, "Sure, that is exactly what we need, a bunch of Jewish housewives running around waving guns and shooting in all directions." Not a great idea (and no disrespect intended towards Jewish housewives) but the anticipated damage from such irresponsible arming of the population would surely outdo any damage from terrorists. No, it is not a good idea to have poorly trained people shooting guns during such situations.

Studies have shown that the vast majority of bullets fired over the course of history, did not hit their mark. So what did they hit? they hit unintended targets. Those targets could be trees or cars, but they can also be people, especially in a crowded urban area. Guns can be very dangerous, not everyone is qualified to use them. Encouraging people to fire at terrorists can lead to many unwanted deaths. To fire at a terrorist running away in a busy city center is highly questionable. This shooting is based left to trained Counter Terrorists with proper rifles and proper training. In Israel this occurs on a regular basis with excellent results.

2. Hold on to the handgun until the police arrive - As a police officer in New York explained to me, if the police hear of an armed attacker, and they arrive on the scene and see a man with a handgun, they are going to assume he is the criminal in question. The fact that this may be a good guy, a martial artist, who just disarmed the criminal, is not known to them. Even in Israel I have heard of such tragic cases where the wrong person was shot by the police. This police officer recommended that as soon as the boys in blue arrive on the scene, put the gun on the floor, step on it, make sure no one else can take it. Raise your hand in the air and let them know you are not the criminal.

Remember, there is a lot of confusion and anxiety going on, you need to identify yourself as not being the criminal or terrorist.

3. The moral and legal issues - If you are held up, and you manage to disarm the individual, if he is no longer an active threat there are legal and moral issues involved. To simply shoot him is highly debatable. And the idea of telling him go get down to the ground, what next? Are you a police officer? Do you carry handcuffs with you?

Some real cases - We have had many cases where our students have been held up and actually succeeded in disarming arm attackers. In one case the young man took the handgun, released the magazine, threw the magazine (with the bullets) in one direction and the hand gun in another direction, and then ran away as fast as he could.

In another incident the defender disarmed the attacker and then beat him badly.

In another incident the hand gun fell to the ground and the defender kicked it away.

Bottom Line - The bottom line is that each case is different. What must be taken into account are the circumstances and the individuals involved. As we always say, APC; Ability, Purpose, Circumstance. Are you a trained Counter Terrorist expert? a police officer? Do you know how to handle a gun properly? Is this individual still a threat.

Each case must be examined in its own rights. There is no one standard answer as to what to do after the disarm. 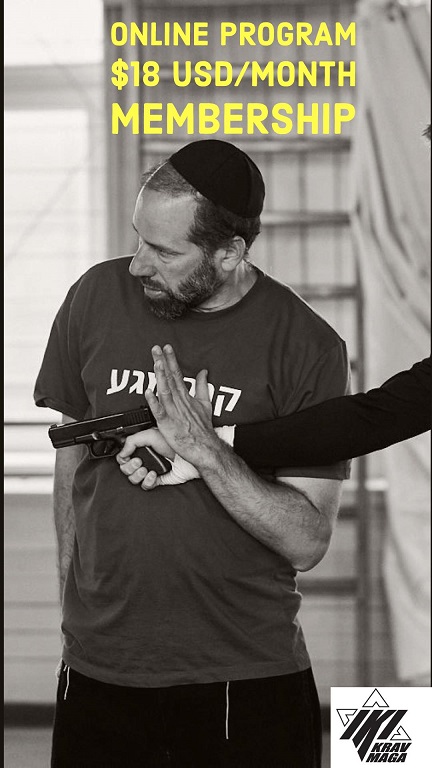 Get all the latest updates from Israel, videos, news, seminars,