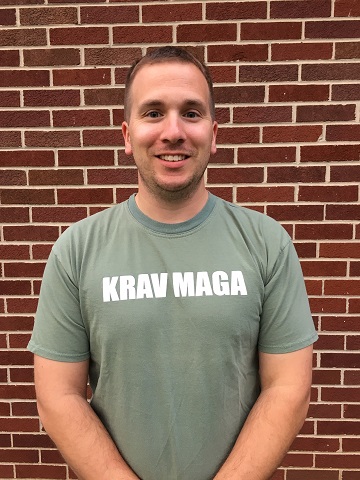 As a Krav Maga instructor and as a High School Science teacher of 9 years, I am very familiar with always being a student.  Another aspect of being what we call an ‘effective’ teacher is to always take advantage of the ‘teachable moments’.   Being a teacher is the only way to truly learn and understand the material or topic of which to teach.  If you want to understand science, math or history better, teach it.  If you want to improve you Krav Maga, teach it.  One needs to remember that if you are teaching improve yourself, you must focus on teaching everything correct, have patience and do not get frustrated at the inabilities of others.  Being able to teach is to be able to understand your material and how others learn.   This means that as a teacher you must also be a student.

I have been teaching science in high school for many years and I work with the most challenging students.  Most are probation, parole, expelled or suspended from their original schools.  To be effective and engaging, I must always be calm, kind and learn with them.  I do never tell the students that I know things that I don’t.  I’m not afraid to say, ‘I don’t know’.  Students respect this and will actually do the research to teach you.  When this happens, become the student and gain the rapport with that pupil.

This was something that happened to me in one of my Krav classes recently.  I had a new student in my weekly class that was just recently separated from the U.S. Marine Corp.  He has had deployments to Afghanistan and was really looking forward to class.  Near the end of this class I was teaching how to handle and disarm a gun held to the lower back.  This guy was very into the class and volunteered to hold the gun to my lower back as I began to go through the steps of what to do and what not to do.   After breaking things down into many different steps I showed things at speed.  I always show why we do not attempt to wrap the arm by first going over top of the arm.  Of course, I couldn’t get the gun as he pulled away.  I then showed that by going under the arm, the IKI way, I could get the gun.

This is where things got interesting.  Now of course, he knows exactly what I will do, how I will do things and has already began thinking of ways to counter.  He said to me, ‘do this one more time’.   I obliged and we did this one more time.  He held the gun to my lower back with his right hand.  I turned to my left using my left arm to wrap.  He immediately used his left arm to give me a half bear hug while maintaining an amazingly strong grip on the gun.  As I stripped the gun, he was beginning to push me down as to throw a knee into me or start a grapple.   In this, the gun went flying, I grabbed his knee and threw my shoulder into him to drop him to the floor.  I looked down and he had one of the biggest smiles I've seen in a while that screamed ‘that was fun and I’m not done’.  During this time, the entire class was completely engaged and trying to learn everything that was happening.

I reached down to help him up and he used this to pull me into the guard and begin a floor grapple.  I reacted by putting my left forearm into his throat and my right elbow into his inner thigh.  As I exited the guard I was starting to show that I could have used my knee to the groin and he then pushed me back to gain the guard on me.  He immediately followed with the attempt to use a two handed choke from this and my reacting was to use the flinch block, wrap into a front headlock because he dropped his head.  I was about to throw him off when I literally felt why everyone gasped and he stopped being aggressive.

Now, let me say that I’m a teacher, not a soldier.  I never served my country but that’s not for a lack of trying.  (declined medically).   I never had things ingrained into me such as your rifle is what keeps you alive.  Your pistol is to be used to fight your way to a rifle.  Always fight to a weapon.   All service members are ingrained with this because their lives depend on it.

This is what he did.  When the pistol was released I assumed the fight was over because he was down.  By continuously attacking me, he was just pushing me to the gun so that he could regain control over the gun.  What I felt in my side was the gun.  He won.

When I got up, he was smiling and so was I.  I was not mad, angry or frustrated that this portion of class, this 2 minutes, didn’t go my way and that I was bested.  This was what teachers call a ‘teachable moment’.   I explained that this is why we train and practice.  This is also why we walk away when possible.  We will not always win.  I learned that you must always be aware of where the gun falls and fight may not be over when you think it is.  I was happy to have learned WITH my class and to Fail with my class.

After I was done explaining this, he did step in and say ‘yes I won but I also lost three times before I won.  This stuff is awesome!’

I never expect to reach a point where I ‘know it all’.  No matter if I reach 5th dan, 10th dan or whatever is available, I will still be learning.

From this we need to remember use the ‘teachable moments’ even if they are not on your lesson plan for that day.  Remember to learn with your students, fail with your students and admit that you don’t know everything.   Practice with different partners because everyone will react different.  Most importantly, this is why we walk away from confrontations whenever we have the chance… Because you will NOT win every time.