I was asked to share this story as a blog.... 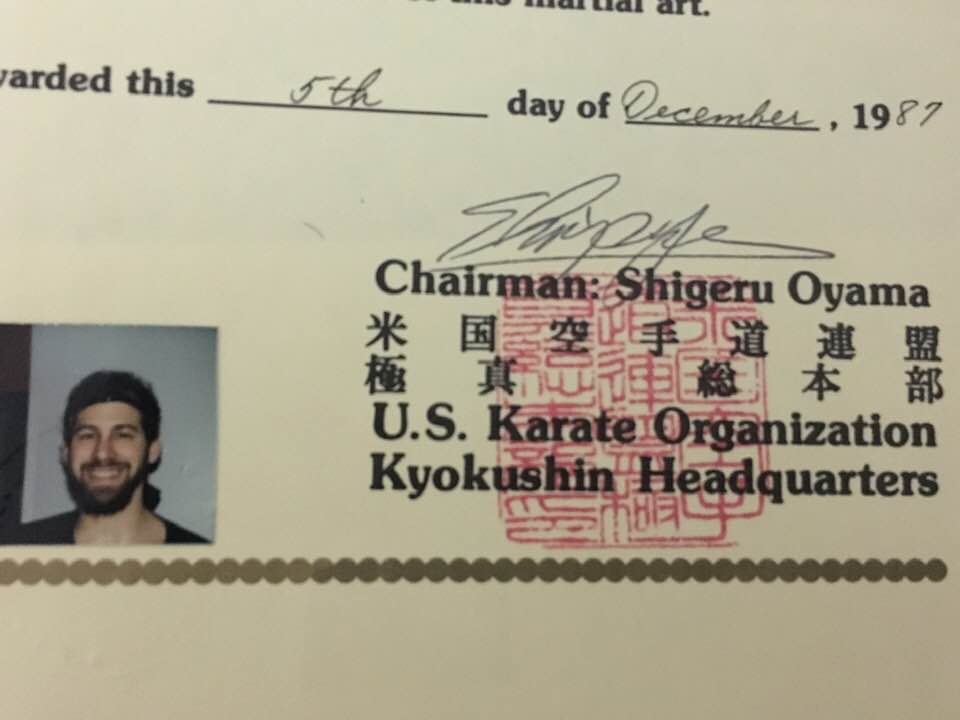 The year was 1989, I was living in Brooklyn, New York. I was young and full of energy. Every morning began with prayer at the Modzitz shtiebel (small synagogue), then the early morning class at the Oyama Kyokushin dojo, a full day of work, than either college or karate class. My day began at 5 am and ended around midnight. My work was at the bank, it was an Israeli bank and my goal was to prepare for life back in Israel. The following events happened just a few months before my return to Israel.

A heavy-set man walked into the bank. He looked like a homeless person, he stank like I have never smelled before, no one wanted anything to do with him. He was to be escorted out of the bank. I asked him to have a seat. I recall it was very difficult with the smell but I knew that it was the correct thing to do. Our people have certainly known hard times, we cannot judge another human being by his current situation. We need to listen and understand.

I can still picture him sitting at my desk, the image is still clear. He began his story and told me how for years he had been the faithful driver and helper to an older woman. When she passed away he went through difficult times and eventually was institutionalized, put in a mental home. He was recently released.

The woman had left him an inheritance, in his hand he held a check for about $27,000, but the bank would not open an account for him. He explained to me that he lost everything, including his identification, he held out a partially torn ID card from a supermarket, hardly acceptable identification. The check itself was problematic, I recall it was out of state, double endorsed, not sure of the details anymore, but it was not something the bank wanted to deal with. He was turned down.

But I fought for him, with everything I had. I was just a low level employee but somehow I finally succeeded, with one condition; I was to take full responsibility. The risk, the gamble, was on me. If the check did not clear I had to cover it. That was more than my yearly salary. But I took the gamble.

The check cleared, the man became a client of the bank and I always dealt with him when he came in. He was my client. I did not have many clients for whom I took full responsibility. I recall one other, an older Jewish woman. She was well off, she would come in, speak to me in Yiddish for a long time and deposit some money. I did not speak any Yiddish at the time, but I would listen carefully, nod my head and say Ja Ja, and she was happy.

This heavy-set fellow, I think his name was Shapiro, was also a Jew, but that was not a factor. He was a nebech  as we say in Yiddish, a Mieskeit, an unglick, simply put, a man down on his luck. I was happy to help.

A few months later I left the bank. My return to Israel was one month away and I wanted to devote my final month in the USA to volunteer work. As my final departure approached I stopped by the bank where I used to work to say my final goodbyes. With a sorrowful voice one of the harshest members of the bank staff thanked me for fighting for Mr. Shapiro, She said, "Mr. Shapiro passed away recently, we did not know that he had a terminal illness, we are thankful that due to your stubborn struggle on his behalf he was able to live the last few months of his life in dignity."

And so it was. I can still see him sitting at my desk, may he rest in peace.