The Jewish concept of Tshuva, Repentance, can offer us a great deal during these troubled times. Tshuva actually means Return, and the idea advanced by Rabbi Abraham Isaac Kook is that one must return to himself. But what does this mean?

Returning to yourself is the idea of regaining yourself, restoring yourself to good mental and physical health. My brother sent me an article today about a 94 year old man who just completed his BA in Jewish Studies at the university and is already registered and looking forward to his masters program. Enough said.

We return to the young person who was full of life and full of hope (and a head full of hair...), we return to ourselves as God created us, full of potential and dreams. We do a "restart" and realize that there is a lot of life left in this old dog (Rocky). To return!

We look at the world today, in Israel, the USA and elsewhere and we see a lot of angry people. Certainly there is a great deal to be angry about, and there is legitimacy in political opposition and disagreement but what it seems is that too many are choosing to place the blame and responsibility elsewhere. For all those who mock the Prime Minister or President, I would like to see them try to run a small province, or a candy store, It is not so easy. Let us look at ourselves, and to ourselves, first. A major mistake, fault, and weakness is the expectation that someone owes us something and that someone else should take care of us. History has taught us the fallacy of this idea and history has taught us that change comes from those who utterly reject his notion. Both Vladimir Ilyich Ulyanov Lenin and Joseph Stalin (Ioseb Besarionis dze Jugashvili) are associated with Communism/Socialism yet both were self-made men filled with ambition and motivation. Both rose from utter obscurity to become world leaders. Neither one in the end accepted or lived by the false ideas that they sold to the people. Their own lives were the antithesis of the ideas they promulgated. They pulled themselves up from their bootstraps. (Yes, this is technically impossible but it is not meant literaly...it has become an expression meaning pulling yourself out of an impossible situation and achieving something in life despite the obstacles).

Many young people today admire these "Socialist" leaders yet if we take Joseph Stalin for example, Stalin is actually a name he took for himself, as he recreated himself as "the man of steel". Here was a man who embodied the very opposite of Socialism and equality. Human life in fact meant nothing to him in achieving his goals, he was one of the greatest mass murderers in history. Here was a man born into poverty, and he became the leader of the largest country in the world, Russia, and he was not even a Russian! He was a Georgian and grew up speaking Georgian language. He was short and had a deformity. But what did he have? He had a iron-clad belief in himself. Despite his evil behavior he is admired today by many in Russia as the father of modern Russia, the man who took Russia from the wooden plow to the atomic era.

Let us begin with a belief in ourselves; that we are worth something, that we have something worthwhile to contribute to the world, that we were born for a reason. Let us continue with the idea of bettering ourselves, of working towards a goal whether that goal is economic or simply learning to live at peace with ourselves, in harmony with the universe. Your goal can be an inner goal or an outer goal. I recall how at the beginning of each month my dear father of blessed memory would read from the pulpit...May each day bring us closer towards some worthy goal..

We have to believe in the future, that we can make things better, no matter how hopeless they may seem. This too is both very Jewish and universal. For close to 1,900 years the Jews still held out hope to return to the land of our fathers, and it has happened.

We need to always have our eyes open to opportunities, and challenges, and when they come, be willing to work hard to take advantage of these windows of opportunity before that window closes.

Our enemy is Low Expectations; we must foster in ourselves and our children the belief that we are destined for great things, whether that is becoming president or completing a university degree or learning a new language.

We must be willing to take up positions of leadership. This does not necessarily mean becoming the emperor of the Holy Roman Empire but rather taking charge of a situation.  We are young forever as long as we can see the road ahead...and dream of what lies beyond. 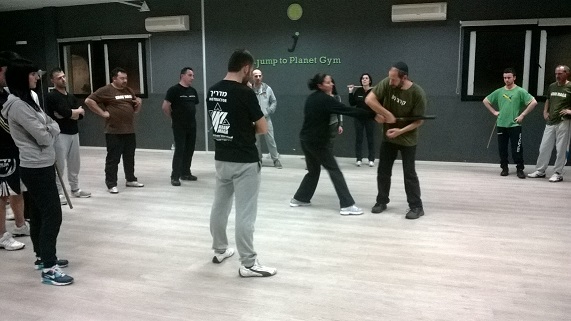