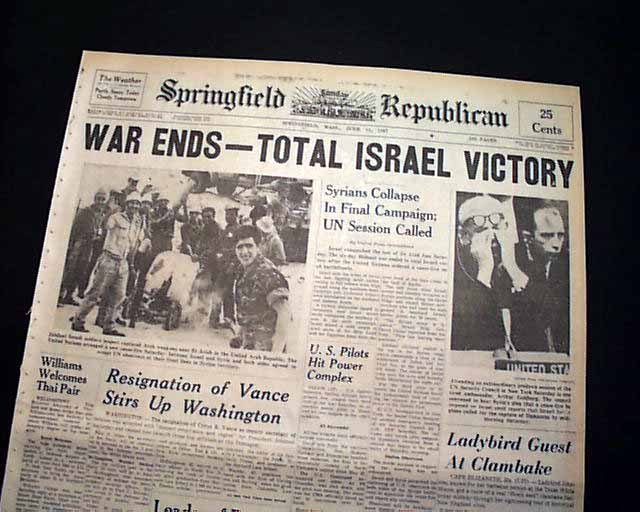 Bullying has been a problem from time immemorial. The inherent problem is one of power, ego, control, domination and the love of violence. Sadly these are human traits that we must learn to control and that is the fundamental problem.

Religions and philosophies have attempted to deal with these issues, with varying degrees of success. There are good neighborhoods and bad neighborhoods. The difference has nothing to do with economics and everything to do with cultural values. I have known many rabbis who lived in dire poverty, not a single one ever resorted to crime or violence to improve his lot. But that is a discussion for another time.

Here we accept bullying as a given, and we must deal with how to stand up to it. What motivates the bully? What gives him power? What causes him to think twice?

Here I only offer some thoughts in our ongoing discussion.

Israel is a small peaceful country surrounded by Bullies. As a "tolerated" minority for 1,350 years the Jews of Arab lands learned all to well what happens when you are weak and unprotected. Finally we have our homeland back again. And we must deal with our bullies who have never and will never, accept us.

Flashback to my youth, the Six Day Miracle War of 1967. Once again the Arab nations united to "drive us into the sea" and complete their alliance with the Nazis.

Before the war began Israeli general Matti Peled offered the following words of wisdom. "In my opinion, he (Nasser, president of Egypt) was relying on the (Israeli) government's hesitancy. He acted out of confidence that we would not dare to attack him." (1967, page 389, Tom Segev)

Israel attacked. Israel shall not be bullied. And neither should you.

So here is a lesson from Israel. Before the war the Israelis were in great danger and were certainly very concerned. Many were terrified. And yet the generals kept pushing for war. They knew that was the only solution, a preemptive attack, that is why they are generals. They were confident in the abilities of the Israeli army, they were well prepared for this situation.

The bully is not expecting you to fight back.

The bully is not expecting you to attack first.

The bully is not expecting you to be well trained and prepared for every scenario.

Therefore that is exactly what you must do, as the Israelis did in 1967.

And here is another lesson from the Israelis and The Six Day War: Remember that you are limited in your abilities and act accordingly.

Do not be fooled by "Bad Ass" Krav Maga instructors, you are not that tough, you are not as fast as Bruce Lee in the movies, you do not have the skills of Steven Seagal in the movies, stop watching martial arts movies, know your limitations and act accordingly. That is why our Krav Maga is designed for you, and me, and everyone. We all have limited abilities and limited resources.

We return to general Matti Peled, 1967. "The State of Israel does not have unlimited resources." And therefore the attack must be without hesitation, no holds bared, give the enemy no time to think or react.

You might live in a tough neighborhood. Your child might be in a bad class. We in Israel live in a pretty tough neighborhood surrounded by 22 Arab states backed by most of the world, and bent on our total destruction. We know a thing or two about dealing with bullies. Take a lesson from us.