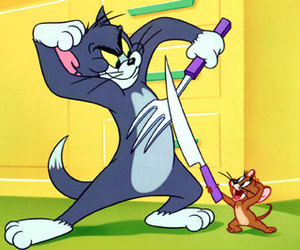 Tom and Jerry self defense, as "reel" as it gets.

I have never had an interest in cartoons, in fact I rarely even watch TV other than on the plane. Yesterday sitting on the plane I found some old cartoons in front of my face on at least 5 different screens, after a while it becomes difficult to ignore. The first set were about the cat and the mouse, I think it is Ben and Jerry. No, actually that is the ice cream company that supports the anti Israel and anti America "Women's March". So it was Tom and Jerry, and then the Road Runner (some large undefined bird) and the Coyote. I found myself captivated by the violence and the ingenuity of the characters, but also by something else.

There is actually quite a bit one can learn from these children's' cartoons. It is surprising that there was a time where children were exposed to such brutal violence and no one worried. Of course this was a Mexican airline, and thus no need to be politically correct or other such silliness. The generations that grew up with these cartoons turned out just fine.

Here are some thoughts from these cartoons that are relevant to Krav Maga.

1. Recovery time - In these cartoons the characters are hit with every form of violence. They are hit with blunt objects that would quickly kill a full grown man. They are shot with shotguns. Explosives go off in their faces. They fall from great heights and then have boulders land on their heads. They are electrocuted, stabbed with sharp objects, fall into deep waters. In one scene the cat was decapitated. They experience every form of violence known to man and yet, they shake it off and bounce back with nothing more than an irritated look. This brings to mind some martial arts movies The good guy can take every form of beating and yet goes on to win the fight.

Sadly this is the same way many people teach self defense, and it is as relevant to real life self defense as Tom and Jerry are to a real cat and mouse, i.e. it is pure fantasy.

People teach self defense as if the average person can take a few blows, shake it off and win the fight. They teach Krav Maga as if the average person is a seasoned MMA fighter in the prime of his life, he can take the blows, the falls, the trauma and keep fighting, just like Tom and Jerry and the Coyote. But we cannot. To me those cartoons illustrated quite clearly what is being taught and presented as real self defense for the masses, and it is a big lie.

We are real human beings and when we get hit or stabbed it is very difficult to continue fighting, thus we design our self defense with this in mind.

Sometimes I have been accused of advocating "Running away", as if this were a bad thing. Those who criticize our approach must think that these cartoons are real. They must believe that a living creature can take this kind of blunt trauma and keep fighting, like the coyote who has a boulder fall on his head and has nothing more than a bump and a brief headache. These "instructors" live in a cartoon world. We live in a world with real people. We must remember that our Recovery Time is not at all similar to our cartoon heroes. Know the difference between a living creature and a cartoon.

2. Curiosity Kills - I noticed in many scenes the intended victim sees a curious contraption. Of course it is all an elaborate design to inflict more pain and suffering on the intended victim. Rather than walk away the intended victim sticks around to look at and analyze the curious device. Of course it soon blows up in his face or causes a sharp or blunt object to hit him, all in good humor. The lesson is; if something looks strange, suspicious, do not stick around to find out what it is. Keep your distance, alert others, contact the nearest authorities. In Israel this is ingrained in us since our youth. Again our message is - Get away from trouble. Do not stick around and be a "tough guy". The tough guy gets the explosives in the face. However unlike our cartoon heroes you will not be able to simply brush it off, you will be dead.

3. The best thought out plans backfire - Another lessons is about plans. I was captivated by the ingenuity that the mouse, the cat, and the coyote put into their plans. They could be engineers. The contraptions were clever and original. And yet, sometimes, the best laid out plans totally backfired. As the cat came to investigate the contraption it blows up in his face. As he planned to do unto others happened unto to him. The lesson here is we can never fully rely on any plan. We must always have a back-up plan. No plan is full-proof.

The same is true of Krav Maga. We can never assume that any defense is perfect. We do not count on or rely upon perfection. Never assume that "one blow will kill" your opponent. Never assume anything. The best plans often fail. We build this into every technique and strategy that we use.

4. Size is not the only important factor/Embrace your own nature - The mouse is much smaller than the cat. The road runner is some sort of bird and is certainly weaker than the fierce coyote. And yet the smaller, weaker, creatures are often the victors. They are not discouraged by their smaller size. They do not reject the elements of their nature that appear weak. They do not try to be anything but who they are.

The Mouse is much smaller than the cat. He does not become a body builder, he does not imitate the features of the cat. He does not sign up for "Cat style Kung fu". No, he becomes the Mouse that he was intended to be. He fully embraces his "mousehood" and uses his mouse instincts, size, and abilities in the best way possible.

On the other hand the fierce coyote does not embrace his Coyote-hood. Instead of relying upon his animal instincts he orders all sorts of human devices and builds complex contraptions that do not seem to work very well for him. The lesson is embrace who you are and work on your strengths rather than try to conform to some image someone created of what a Krav Maga instructor should look like. The only "look" you need is your own. Embrace who you are and you will succeed. Imitate others and you shall always be a cheep imitation. The mouse and the Road Runner succeed because they accept and embrace who they are.

6. Hit and Run self defense - Some feel that disengaging from a conflict, or "running away", is cowardly. The same people consider that when a terrorist stabs one in the back, it is an "cowardly act", but neither is true. Both are logical actions. The cartoon mouse attacks the cat, and as the cat is filled with rage the mouse escapes. He runs into his mouse hole where the cat cannot reach him. This is wise.

Our Krav Maga must be based upon the real self defense needs of real, ordinary, human beings. We must embrace ourselves for whom we are and be realistic. Like the mouse and the Road Runner bird, we must accept who we are and train within our logical limits. A bird will not become a coyote, a mouse will never be a cat. A Krav Maga instructor should not pretend he is a cartoon character. 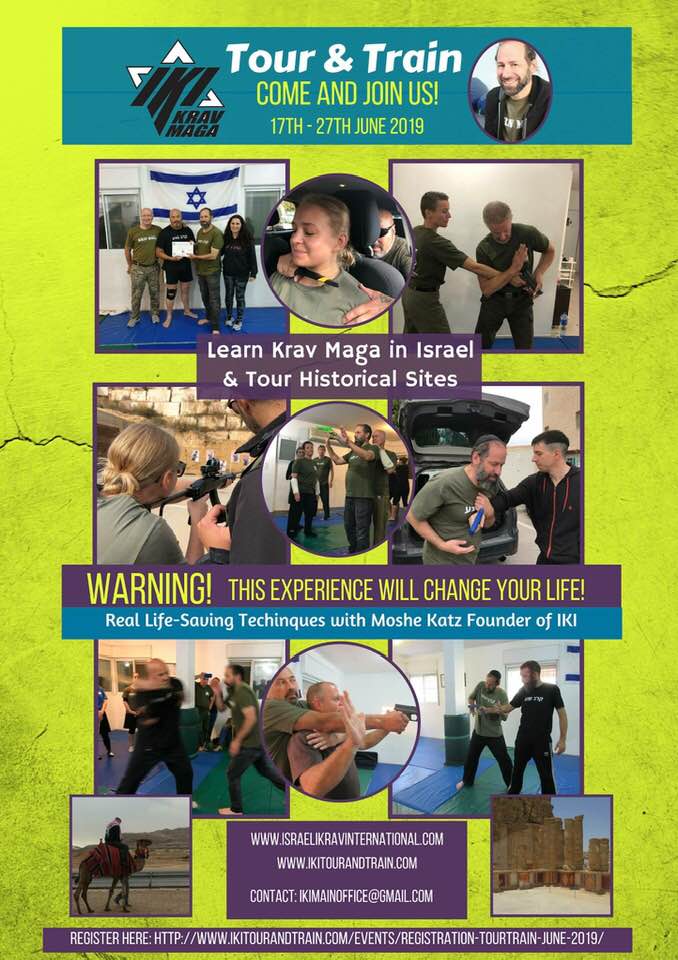