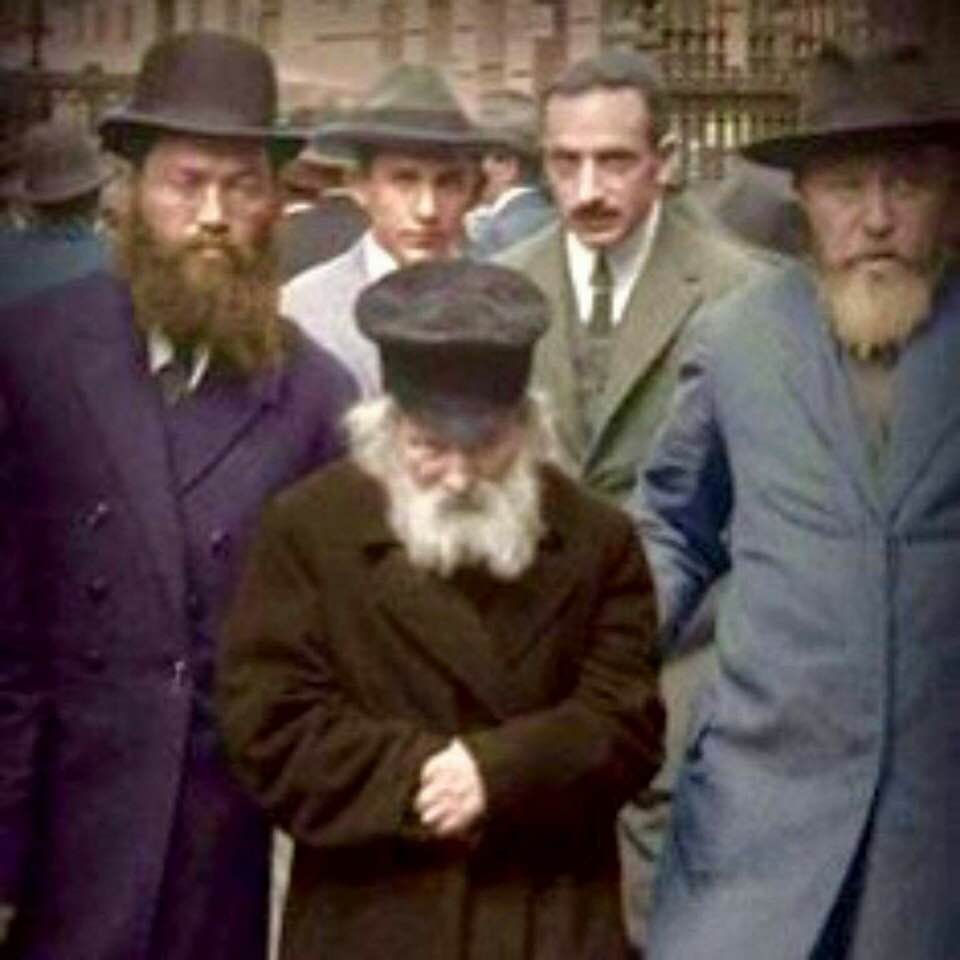 Rabbi Yisrael Meir Kagen the Cohen, aka the Chofetz Chaim, He who desires life. He lived to be 94. He died the year Hitler came to power.

There is an old story told. A young Jewish rabbinical student was accused of a certain crime. This took place in Poland, in the early 1930's or late 1920's. The aged rabbi known simply as "The Chafetz Chaim" (Hebrew for He who desires life, the title of his most famous book, based on the verse in Proverbs, He who desires life should refrain from speaking slander") was asked to appear as a character witness.

The aged rabbi arose, he was Rabbi Yisrael Meir Kagen the Cohen, a.k.a the Chafetz Chaim, a well known public figure. (He was known by the title of his book as his name did not even appear in the book, he was so humble he published his book without listing himself as author).

As he approached the bench the defense attorney spoke to the judge. "I want to tell you something about this man's character. Once a thief grabbed his wallet and began to run away. The rabbi chased after him shouting, 'it is a gift, it is a gift, if you need the money so badly let it be a gift and let you not be seen in heaven as a thief on my account. ' This is the nature of the man who is about to bear testimony on the young accused student. "

The judge turned to the defense attorney and said, "and you believe this story?"

The defense attorney leaned over and whispered in the judge's ear. "Honestly Sir, I do not, you know what story tellers those Jews are, but Sir, about me and you no one is telling such stories."

The point is, regardless of the truth of the story/legend, it is the character of the person that matters more. When we hear a rumor about someone, before we pass judgment we need to ask, is this out of character? If the person is known to be of good character we need to ask if perhaps the story reaching us is inaccurate, exaggerated. or perhaps we are not fully aware of all the details. Every man is deserving of the benefit of the doubt, how much more so one who is known to be of good character.

Today I had an encounter on social media. It began with misunderstandings and hurt feelings. But the parties were willing to talk, chat, listen and clarify. It ended with a virtual hug and a renewed friendship. Communication my friends, innocent until proven guilty, but above all give a man of good character the benefit of the doubt and "We can work it out".

This blog in fact was motivated by a passage I read today in the Talmud that hit me for its power, and its unusual lack of subtilty.

There was a debate regarding a certain law, "Rabbi (i.e. Rabbi Yehuda the Prince, born 135 C.E.) said, the law is according to Rabbi Yose"(Tractate Gittin page 67a) and then the question appeared, "What was Rabbi's reason for saying that the law follows Rabbi Yose, (when in fact there were those who differed with him)."

The answer surprised me.

"Be silent my son, be silent. You have not seen Rabbi Yose, for had you seen him you would know that he had very deep and solid reasons for his views. (Literally, his depth is with him)." (Babylonian Talmud, Gitten 67a)

What does this mean and how is this statement from 1,800 years ago relevant to us today?

Recall the story about the great rabbi, the Chafetz Chaim, recall what the defense attorney said. When we hear something or read something, we need to ask, who wrote this? Who is the person? The character of the person should be the "glasses" by which we view the statement or the action. While every man deserves to be treated fairly, while every human being deserves the benefit of the doubt, those whose character is known to us must be viewed in light of their known character. We must be cautious before we say anything. Silent my son, silent, for if you knew Rabb Yose you would understand why Rabbi Yehuda the Prince ruled in his favor. For Rabbi Yose had very deep and profound reasons for all his views.

Ones' character takes years to build. If you know this person and you know his character then you should view his actions/statements in the context of his character. The rabbi who questioned Rabbi Yehuda the Prince's decision to rule according to Rabbi Yose was out of line because he never met Rabbi Yose. The sharp, unusual, response by Rabbi to this other scholar was a sort of rebuke, had you met Rabbi Yose you would not ask that question...and you would not challenge my own ruling.

To me the lesson is that the content must be viewed in light of the character of the person. Too often we come to form negative opinions about people we have never met, solely by what they wrote, or by what others said about them. And then someone should come out and tell us...But if you knew that person you would not say this about them. You would understand that they had a reason for this, or perhaps we misunderstood what they were trying to say.

Let us form our judgments slowly, and try to judge favorably.

My grandfather was known as a great and humble man. Rabbi Isaac Klein of blessed memory was not only an internationally recognized scholar but more importantly he was known as a righteous man. Countless times since his passing I have met those who knew him. All spoke of his kindness, humility and his willingness to forgive every slight or wrong done to him. I recall his face, a gentle smile, eyes that sparkled, quiet demeanor. He was the embodiment of wisdom and humility.

He achieved rabbinic degrees that only a few in a century earn. He had a doctorate from Harvard in Roman law. He translated some of the works of the great Rabbi Moshe Ben Maimon (12th century Spain) into English at the request of Yale University.  His books are still in use today all over the world. He served in World War Two and after the war was appointed by the US government as official advisor on displaced persons in Europe.

One day a wealthy Jew, a member of his congregation, a furrier by trade, approached by dear grandfather. He felt deep gratitude to my grandfather and wanted to give him something; perhaps a fur coat, or a mink coat.

No, my grandfather absolutely refused all gifts.

One day my grandfather received a package from the furrier, a yarmulke (Kipa, Jewish male head covering) made of mink, with a note, "for the rabbi who has everything".

It was a token gift, a gift to show appreciation.

My father of blessed memory was visiting his in-laws when a man approached him and said, "Your father-in-law is not so humble, in fact he is quite ostentatious,  I have heard that he owns a mink yarmulke".

"Silent my son, silent, for if you knew Rabbi Yose you would not speak this way."

and now I return to my studies. 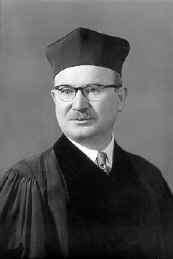 “The premise on which Torah is based is that all aspects of life, leisure no less than business, worship or rites of passage are part of the covenant or mandate under which every Jew is to serve God in everything he does.”  (Rabbi Isaac Klein)