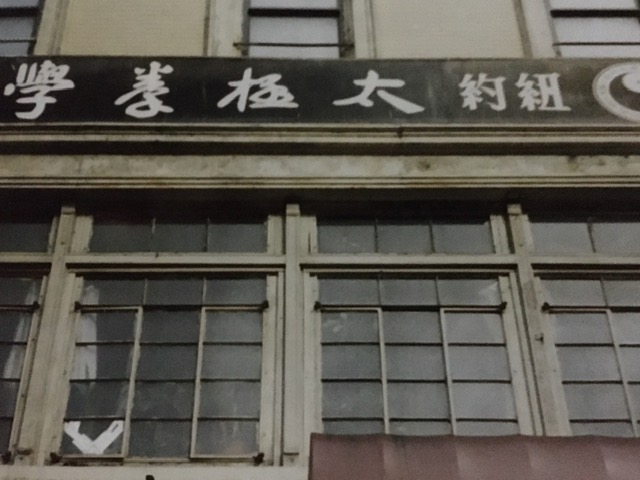 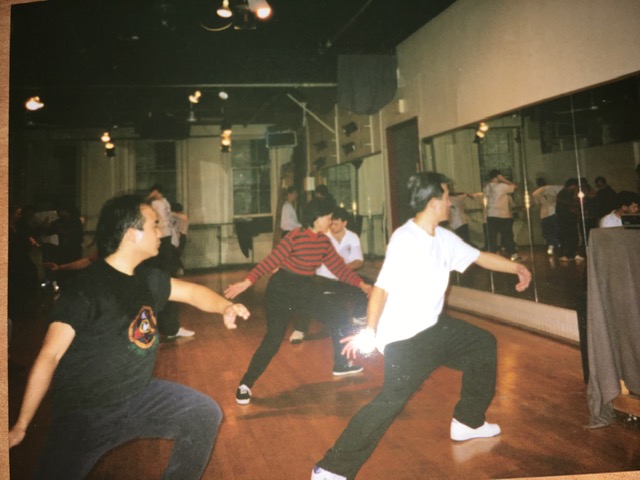 New York City, early 1990's. During my trips back to the USA I tried to pack in as much martial arts training as I could, from as many styles as possible. I avoided the big commercial martial arts centers. I went off the beaten path.

There was no internet in those days but I was a regular visitor to Downtown New York City; Chinatown. I spent a lot of time on Canal street, the Five Points area, Grand Street, Mott Street, Spring Street, I did some shopping there. I shopped for martial arts supplies, tiger balm, Chinese wall scrolls, anything interesting, and I kept my eyes open for martial arts, off the beaten track.

I asked around, after purchasing some items I would explain that I am looking for martial arts. Some did not speak English well enough but I did get some tips. Some of those tips lead no where, and I was aware that I should not veer too far off the main streets. Chinatown has its reputation.

One day I was told about a place where Tai Chi was taught. Although my style is far from Tai Chi Chuan, I was open to see and experience whatever I could. The directions lead my down some quiet back alley. I followed the lead until I found myself in an old dilapidated building. Should I enter? I did, cautiously watching my step and keeping my eyes open. A few floors up I found what I was looking for; a traditional Chen style Tai Chi Chuan class. This is the oldest and original style of Tai Chi from which the other 4 styles emerge; those are the Yang style, Wu style, Sun style and Woo style.

The Chen style comes from the village of Chen in Henan province, China. It is said to date back to the late 16th century. It is reputed to be the most martial of all the Tai Chi styles. I was told that originally the style was intended only for security guards and family members. It was a deadly art.

The class was in process. All participants were Chinese and most were older looking. The group consisted of both men and women. The teacher led without speaking and all the students seemed to be very advanced. I followed the movements carefully and noticed many elements that would become part of our style, IKI Krav Maga, over the next decades.

I saw no order of ranks, or a hierarchy. I did not even see a "status" difference between teacher and students. To me this was pure, authentic, martial arts, devoid of all the ego and commercialism that ruins most modern martial arts.

Each individual was focusing on his own form, but yet maintaining tempo with the group, an individual exercise with a constant eye on the community activity. The only sound to break the silence was the sudden explosion of a technique, the sound of the loose clothing become one with the martial technique, the occasional shuffling of soft Chinese footwear.

I sensed the combination of soft and hard; as there was never any attempt to "look good" or make any impression. The students moved smoothly, unhindered by "trying". Without ego their movements were effortless, Wu Wei. The soft movements led to sudden bursts of energy as a blow was struck. The relaxation led to power, the humility led to strength. The not trying to make an impression made a great impression and I can still see these Chinese men and women moving in this old building without air-conditioning or any comforts.

When I look at certain styles of modern Krav Maga I see how all this is sadly lacking. I see Image, I see "the look", I see people trying to act tough, to look "bad ass". Former mobsters like Sammy the Bull Gravano and Michael Franzese speak about how anyone who shoots off his mouth or tries to look tough, is not. The tough guys sit quietly, they don't talk.  I see technique destroyed by trying to hit too hard, by false and misplaced aggressiveness.

The Tai Chi group moved smoothly, silently, and suddenly a SNAP, a whoosh! That sound indicates that if it hit someone with that relaxed penetration it would surely be a devastating blow. Effortless effort. The modern Trying to make an impression only destroys the integrity of Krav Maga.

A student joined us from China for our Tour and Train program. I asked him how he heard about us, IKI. He stunned me with his answer, they are talking about you in China that there is this Jewish guy in Israel who teaches Chinese style Krav Maga.

I never found the source of these comments but I was deeply touched; Back to the source, The Song Remains the Same, the roots, Variations on a Theme.

Remove the ego in Krav Maga, as Bruce Lee wrote, "Freedom discovers the man the moment he loses concern over what impression he is making." (from the Tao of Jeet Kune Do).

When all is one and one is all we see the connection between us all, the tree and the branches. How ego consumes us all! It happens so slowly we do not realize the destruction it causes. Ego has no place in true martial arts. In combat, in war, there is no place for ego. Hidden in an old building, off the beaten track, a group of older Chinese men and women slowly move through their Tai Chi routine. When they are done there are no applause, only silently gathering their belongings and heading back to the streets. 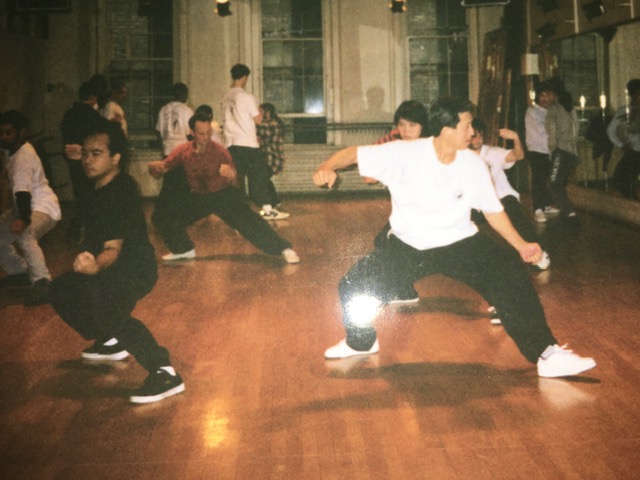