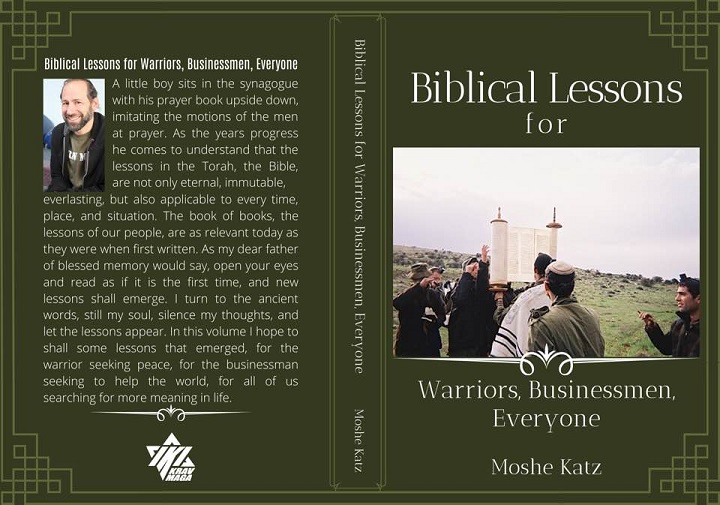 Books by Moshe Katz from the author

This week in the synagogue I read the story of Isaac and his son Jacob; "These are the generations of Yishaq (Isaac), the son of Avraham (Abraham)..." (Genesis Chapter 25, Verse 19). We learn of the birth of the twins, Esau and Yaakov (Jacob), from the womb there was conflict. As they grew up their character traits became more pronounced, "And the boys grew: Esau was a cunning hunter, a man of the field; and Yaakov was a pure man, a dweller of tents."(Genesis, 25, 27)

The Hebrew world used to describe Jacob is Tam, which has no exact translation, it means pure, innocent, mild, honest, straightforward. The Bible wishes to establish right from the start that Jacob is a pure individual. This is very important because we shall see that throughout his life he engages in some practices that might seem less than honest, he acts cunning, like his brother Esau, but this is not his nature. His nature is pure but sometimes, in order to survive in an unhospitable world, even a pure man must be cunning and deceptive. Sometimes the only way to manage in the "System" is to beat them at their own game. "With the pure be pure but with the cunning be shrewd" (Psalm Chapter 18, Verse 26)

We see that twice Jacob uses deception against his brother, once to acquire the birthright, and another time to fool his father into giving him the better blessings. We say the Jacob knew he would be the legacy, the continuation, of Abraham and Isaac, and he would be the father of the nation of Israel, he must have the birthright and the blessing. So he did what needed to be done.

We also see later on that Jacob makes the very difficult decision to leave the Land of Israel and go down to Egypt, there is a famine in the Land of Israel and he does this in order to survive, to give his children a chance at a future. We look at Jacob and we wonder; all these compromises, all these "adjustments", is this what we expect of our patriarch? of a man described as pure? What kind of an example is this?

The sages say that "The actions of the fathers are a sign for the children" i.e. we learn from our patriarchs and ancestors. So what is the lesson over here?

When Jacob meets the great King of Egypt, and Pharaoh asks him, how old are you?, Jacob responds... "few and difficult have been the days of my life been and they have not attained the days of the life of my fathers."(Genesis, Chapter 47, 9)

Jacob led a very difficult, painful life. As we saw there was conflict with his twin brother from the outset. Then he worked for Laban who deceived him night and day. Then he wanted to marry Rachel but they tricked him into marrying Leah, whom he did not love. He ended up working 21 years for Laban and then had to run away only to face the prospect of running into his brother Esau, now a dangerous warlord. He had to face and overcome an angel of God. His son Yosef/Joseph went missing and for many years Jacob had no idea what had happened to him. Jacob's life was one traumatic event after another.

Jacob learned early on that life was not a bed of roses. As a sweet young man he learned that nice guys finish last and he must not allow himself to be pushed aside. Too often the nice guy ends up with the short stick, the raw deal. He learned that in a tough environment he must learn to defend himself, to stand up for himself. He had to play by the rules of the street.

We all face choices in life. Often those choices are not between good and bad, they are between bad and worse. Jacob had poor options, deceive his father and get the blessings, or end up with nothing at the mercy of his brother? Neither choice is good. Stay in Israel and face a famine or go down to Egypt away from the Promised Land? There is no good choice here, only bad, or worse.

As my father pointed out the Bible does not deal with perfect angelic people or situations. We are all human, born of flesh and blood, and our end will be the same. Often there are no good choices, only bad choices, the question is which one is less bad, this is the lesson of Jacob.

This is a valuable lesson for Krav Maga students, and instructors. We want perfect solutions, perfect knife defenses, perfect gun defenses; just follow the steps, like "Paint by numbers" and you will be fine. Only that is not how life works; Ask Jacob. Mr. Perfect does not exist, but Mr. Good enough does exist.

With Krav Maga we understand that we cannot seek perfection but we can seek good enough. Our choices are not between Good and Bad; when someone comes at you with a knife it is all bad. The question is can you make the bad a little less bad, so that you can survive and go home. In Self-Defense our choices, our options, are between bad and worse. Good is to not be there in the first place.