The Talmud, tractate Sanhedrin, offers the following, "In three ways a man is different from his friend, in voice, in appearance and in opinion."

Many commentaries have been offered for this commentary.

Imagine an artist trying to create different faces, all will be similar and some will be identical. And yet our Creator has created billions of humans and even "identical" twins are not identical, their mother can tell them apart.

Why is this so? To teach us a powerful lesson; We must accept our differences. We cannot expect others, even friends and even students, to agree with us all the time one hundred percent, there will be differences of opinion. The lesson here is to accept this and not let it come between us.

We may share many features in common, we may look like brothers but there will still be differences. The rabbis teach us that just as no two people have exactly the same face we cannot expect any two people to hold exactly the same point of view. This is part of the plan.

It is the same with body movements. If we look at fascist dictatorships we see uniform behavior. We see thousands of people performing identical movements, there is no room for individuality. But we are all different.

When I teach Krav Maga I incorporate this principle. One student may look at another and say, He is doing it wrong! but I see that the basic principles have been met and the technique is effective, despite some minor differences. I will only make a correction if it is something the student can handle or is vital to the success of the technique.

Some people are inherently less flexible, but if they can make the technique work with their less than flexible movements, I am happy with that. Some students have injuries that prevent them from doing full movements, I know they will never do the technique exactly as I do it, that is OK, I am also not the picture of perfection.

Some students will add their own "interpretation" into the movement, as long as it does not violate the concepts of our system and the integrity of the technique, I will tolerate it, perhaps even give my blessing. For I understand, just as their faces are not the same, so too are their bodies and their body movements are not the same. This lesson is taken from writings going back two thousand years. 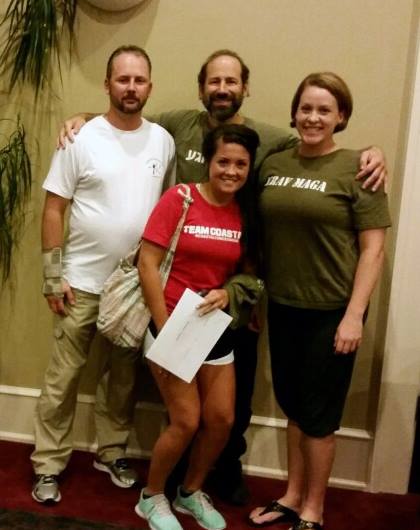 Faces, we all have different faces, each one unique and special.