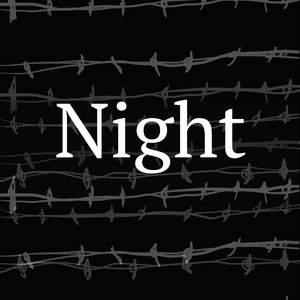 Eli Wiesel discusses what motivated him to write, and he wrote 57 books.

He discusses the moral obligation to remember. For if we forget we allow the crimes to be erased from history, erased from memory.

But there are those who disagree. They want to forget, to "move on" and to be happy. They do not want to carry their pain forever. I can understand them. They are like a victim who refuses to appear in court to testify less the sight of the perpetrator bring back terrible memories.

I understand but I do not agree.

We must bear witness, no matter how difficult it is. We have no choice. And if we chose not to testify, the criminal walks free.

Wiesel knew that his words would not be heeded, but yet he still had to speak. "Deep down, the witness knew then, as he does now, that his testimony would not be received." (new preface to Night)

He still believed that one cannot be silent. He wrote a book and it was rejected by every publisher he turned to. It took a long time and great effort to get the book into print. Today it is a classic.

If we choose to erase a memory we place ourselves and others in great danger. My house was robbed over one year ago. But I refuse to forget that horrible feeling for it is that feeling which keeps me alert. I refuse to erase that memory, I need to get in alive in order to prevent if from happening again. If I erase the memory; it never happened. If it never happened I will make the same mistakes as before.

Every few seconds in America a person is killed, rapped, robbed etc, Should we erase those memories?

The wise see the future. The fools do not even learn from the past.

the Blogs as a Book