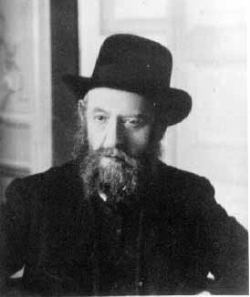 Sometimes my blogs share the same message, again and again; the need for all of us to train in self-defense, the need of all of us to learn to stand up for ourselves. I do not speak about this because I am a Krav Maga instructor and this is my life's work, my career. On the contrary, I chose this as my life's work because I care, because I believe it to be vitally important, an essential job.

And one might wonder, why? Why repeat the same message, if people ignored it once, they will ignore it again. Stop talking about things that make people feel uncomfortable. This will not make you very popular. And yet, I speak of it again and again. As Jan Karski said, I vowed that as long as I could breath, I would speak about it, (the suffering of the Jews during the Holocaust). We speak because we have to, a lone voice in the wilderness like the ancient prophets of Israel, whether anyone listens or not. We speak because we feel the pain.

I came across a wonderful story that I want to share, it is told by a rabbi and is titled "Do You Krechtz?" It tells the story of Rabbi Sholom Dovber as a young child and why he was destined for spiritual greatness.

But first you must lean a word. Krechtz is a word in Yiddish, the Judea-German dialect spoken by more than 12 million Jews up to the destruction of European Jewry during the Holocaust. The language survives among some elderly Jews and among some of the so called Ultra Orthodox. But for the rest of us, two generations removed from the source, we still use and feel Yiddish as part of our daily conversation. The word Krechtz  means to groan in a very special way, Oy....to feel something deeply, to be discomforted. It could be a minor personal pain or feeling the pain of someone else. It is truly difficult to put into words, it is almost a way of life. I can feel it, I can touch it, I can see it, but I can't really express it in English. You hear someone's troubles, their heartaches, and you give out a Krechtz, you feel their pain as it becomes your own.

It can be about our Krav Maga because our Krav Maga comes from the Krechtz, feeling the pain, the suffering of others, we feel the Oy vey and we know we need to do something, and this, my friends, is a very old feeling. So now we go back a hundred and fifty eight years to two little boys in Russia, playing a game. And there is a great lesson here. Toh Shma, (Aramaic) Come and Listen

The year was 1862. In the Russian town of Lubavitch, two young brothers - sons of the fourth Lubavitcher Rebbe - played. Little Sholom Dovber was just over five years old, his brother Zalman Aaron was eighteen months older. Cops and robbers? Cowboys and Indians? Given the home in which they were raised, these boys decided to play Rebbe and Chassid (spiritual mentor and disciple). Being the older brother, Zalman Aaron donned an adult hat and positioned himself as the ‘Rebbe’. Meanwhile, Sholom Dovber presented himself as a 'Chassid', saying “Rebbe, I’m very troubled. Last Shabbos I did something I later learned to be inadvisable, albeit permissible (the boy actually spelled out an aspect of Shabbos observance). What can I do to atone for this inadvertent slip? How can I bring my life and behavior into a better place?” The 'Rebbe' was ready with a response: "Be careful to look into your prayer book, actually reading the words, when you pray; don’t recite the liturgy by heart”.

Little Sholom Dovber (who was destined to become the fifth Lubavitcher Rebbe) quickly responded “Your advice won’t help, and you’re not a Rebbe!” "Why do you say that?” protested the older boy. “When a Rebbe hears a person’s plight, and senses his/her pain, he emits a ‘krechtz’ (Yiddish for sigh or groan) before he says offers any guidance (i.e he empathizes and feels their pain before offering any advice)." "Your advice – in and of itself - might have actually helped, but since you didn’t ‘krechtz’ you’re obviously not a Rebbe and your advice won't work!”

What was this little boy - a Rebbe-in-waiting - actually saying? When someone share his/her pain or struggle with you, and are positioned to give advice, remember that there's an important pre-requisite: Genuine empathy. You need to truly understand any problem if you're to be of use in solving it. The first step in solving a human problem is empathy. If you feel the 'krechtz', if you can experience a bit of the other's pain, you are in a position to give good guidance. And feeling the 'krechtz' isn't enough. Show it. Don't be afraid to express your pain. Sometimes the 'krechtz' itself, the hurting person's knowledge that someone else cares, may be more helpful than any advice. So give a 'krechtz'. Care. It may mean more than you can imagine.