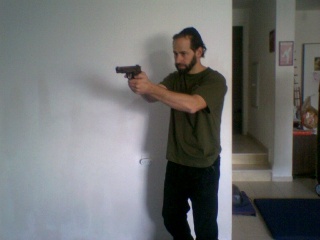 The right to bear arms is part of self defense, but not all of it.

Gun ownership is a big issue in the United States. The public is deeply divided on this issue. The concept of the right to bear arms is deeply embedded in the American culture and psyche. It is difficult for many outsiders to understand this. Personal freedom is taken very seriously. This is a nation that was born with the concept of liberty, or death. They will not be shackled. They will not have their guns taken away. Be warned: if anyone would be so foolish as to try this, the results would be catastrophic. The European experience and history had implanted in true Americans the fear and distrust of powerful governments. The power must always remain with the people. We the people!

The Second Amendment, one of the ten amendments to the Constitution comprising the Bill of Rights, states: "A well regulated Militia, being necessary to the security of a free State, the right of the people to keep and bear Arms, shall not be infringed."

"the right to keep and bear arms is required by the fundamental natural right to life: no man may justly be denied the means of his own self defense." (The 1776 Report)

The common law principle of "castle doctrine" says that individuals have the right to use reasonable deadly force, to protect themselves against an intruder in their home.

Gun, Grits and God; this is America.

And now my question; this fierce belief in self-defense and the right to bear arms, to the point that many have a small, or not so small, arsenal in their homes, why does it begin and end with guns? Where is the physical self-defense? where is the Krav Maga or similar training? Why the silence on this topic?

People want the right to bear arms, but what about the right to learn how to use weapons, all weapons, properly. Why such a lack of interest? Is it because people think it is easy to use a gun (not true) but they are not willing to make a commitment to training the human weapon, i.e. themselves? Does it boil down to laziness?

The truth is that to properly handle a firearm indeed requires a great deal of training. Owning a firearm is not enough. Yes, it is true, in the case of a home invader one can aim and shoot from close-range without a great deal of training. But if things get a little more complicated the untrained gun owner might end up shooting innocent bystanders, even family. We know of many a case where accidental discharges killed family members. Playing with a gun killed younger members of the family, and of course suicide is also an issue. Many of the mass shootings in recent years where cases of young family members "borrowing" guns from other family members. With gun ownership comes a great deal of responsibility.

Owning a gun is not enough, proper training is required. The gun is only part of the equation, the human holding it is the more important part. And this human also needs training in self defense, physical self defense, martial arts, Krav Maga, the ability to use your body to get out of a bad situation. Every human being has a right to this self defense, yet few take advantage of the many opportunities to learn it.

Isn't it ironic? We oppose dictatorships, we speak of the Power to the People, and yet when it comes to our most basic needs, self defense, we willing transfer all that power to a central authority; the government, the police, the military. Let someone else protect us, we just can't be bothered. 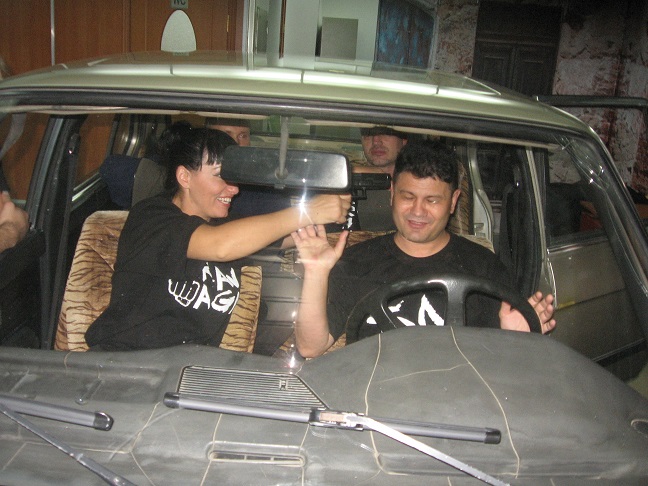 The right to self defense inside your car. IKI Kazakhstan