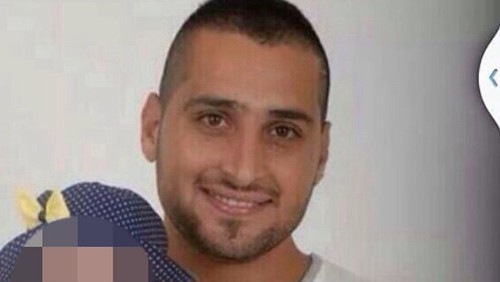 I want to write but I do not know where to begin.

In tragedy there is glory, in darkness there is light, in despair there is hope.

I pulled my friend Eitan aside, he is an expert in counter-terrorism, he is an "extremist", a fervent nationalist, and I asked him privately; tell me about the Druze police officer who ran to rescue the Jews in the synagogue in Har Nof, did he act correctly?

He answered me honestly.

"He did everything perfectly, there were no mistakes, he followed every rule, it was perfection and he died a true hero, may his soul be connected to the chain of the living and may his memory be a blessing, Amen."

Such words are rarely spoken, and when they are spoken they are usually reserved for great righteous rabbis. But this time they were spoken in honor of a Druze.

The Druze are a people, distinct from other branches of Islam, they live in Syria, Lebanon, Israel and Jordan. The Israeli Druze serve in the Israel Defense Forces and are known for their great contributions. They are brave fighters and many have been killed in the line of duty.

Their religion is rather secretive and is not fully understood by outsiders. Although it is a branch of Islam it is considered a separate religion. In fact they have had many clashes with Islam during their history and have suffered massacres at the hands of Muslims.

Zidan Saif was not a Jew but he was an Israeli.

He proudly served in the Israeli police force.

When my friend the counter-terror expert described the actions of Zidan Saif he ended with the words,...."and he was a traffic police officer."

Yes, he was "only" a traffic police officer but like many in Israel he was brave and courageous. He was a police officer, period. And he defended the citizens of Jerusalem regardless of faith or belief.

He did not have the full training of a counter-terror expert but he did have the foundations, the fundamentals. And his actions were equal to the best of the best. He rose to the occasion and was perfection itself in his final moments.

The entire terror attack lasted seven minutes. The worshipers were caught by surprise and were unprepared yet they did try to fight back. From the moment that Saif and his fellow police officers arrived it took only 20 seconds to end the incident and kill both terrorists.

In our Counter-Terror courses we are taught that "your weapon is your shield". You do not run and look for cover. You move forward and your only protection is the fire coming out of your gun. That is precisely what Saif did. He died but it was not due to any mistakes. He died so that others could live.

He died a true hero.

When he was a little boy I doubt he thought that a busload of Jews would come in from Jerusalem's Ultra Orthodox neighborhoods to pay him his final respects, but that is what happened.

When he was growing up I doubt he imagined that one day he would be eulogized by a rabbi, but that is what happened.

His death brought unity. A covenant of blood. Our people are united.

And I feel there is hope...