We read the story of Moshe, Moses, striking the stone and water coming forth to quench the thirst of the nation of Israel. It was a great miracle and yet Moshe and his brother Aharon were severely reprimanded and punished; They would not enter the Land of Israel, they would enter the Promised Land.

They were punished because God said speak to the rock but Moshe hit the rock instead. Perhaps a slight miscommunication, these things happen. And yet such a terrible punishment.

After leading this Stiff necked people for forty years, putting up with the whining, the nagging, the complaining, Moshe and Aharon will not be privileged to enter themselves, they will not be the ones to lead the Nation of Israel into its homeland.

Ever since that day generations of rabbis have pondered this question; why, why, why?

What was so terrible? Why were they punished this way?

This past Shabbat I heard some interesting commentary from Rabbi Adato here in Los Angeles. He mentioned that the situation is even more confusing in that earlier Moshe was commanded by God to in fact hit the rock and bring forth water, so why was it such a big deal that this time he hit the rock instead of speaking to it ( as God had commanded him).

The rabbi explained that earlier the nation of Israel had been on a lower spiritual level, they had just left Egypt, they had not yet experienced the Divine revelation at Mount Sinai, they had not yet met God and received his words.

But, after all those experiences, God did not want Moshe to hit, he wanted Moshe to talk. The people were now on a higher spiritual level.

This idea immediately resonated with me and I felt once again the Biblical Krav Maga connection.

Talking is the higher level. Imagine if all people could talk things out, wouldn't that be terrific!

Indeed that is the higher level, use your words not your fists or guns or nuclear weapons. But sadly in many cases that is not our reality. So the rabbi is correct. After seeing God one should be on a higher level, one should be free of violence, but we certainly cannot count on it.

So for now, keep training.

A few days later I bumped into the rabbi again and we talked bout the Torah lessons and the connection to Krav Maga. He made another interesting point.

He said that the hitting came  first, and only later there was talking. There is a powerful lesson here. In order for the talk to have any power it must be preceded by and backed up by force, by hitting.

Diplomacy works much better when the enemy knows you have a powerful army to back up your words. Passivity has never won any wars. The lesson is clear, if you want peace prepare for war.

If you want personal security prepare for personal violence.

Moshe:  Just a note on your post about hitting/talking.  I can speak with absolute authority to the accuracy of your words.  I have had at least three, probably four situations that could have turned very ugly and very physical, none of which I started.  Fortunately all of these occurred well after I started training seriously.  I believe the confidence one develops from (serious) training develops an “aura” that aggressors notice.  In each of these cases I was able to stay calm, keep my tone of voice very calm and moderated, think clearly and ask questions to try to diffuse the situation.  I also positioned myself so that anything the aggressor might do could be easily dealt with but not close enough to “invite” physical contact.  Interestingly, by not allowing the verbal aggression to escalate and by not becoming overtly confrontational or defensive or offensive, the aggressor in each case finally backed away and left.  I never moved in any direction but rather just calmly stood my ground and relaxed.  The flip side was that in each case I was studying his “body English” deciding whether he was likely right or left handed, etc., and figuring what I would do in the event he decided to attack in various ways…..As you cite in your book, when negotiating for peace one must also be preparing for war.  I was never, even for a second, worried about the situation which seems a little strange but it is true.

One relative comment I have posed to you before:  Confidence is great if it is real…cockiness will get you hurt or killed very quickly.

Prior to training seriously I would likely have been drawn into escalating the verbal aggression and no telling what might have happened.

Come Train with Us in Israel

Experience Krav Maga, Israel, the Bible in the land of Krav Maga and the Bible.

Join students and instructors from all over the world for an amazing life changing experience. 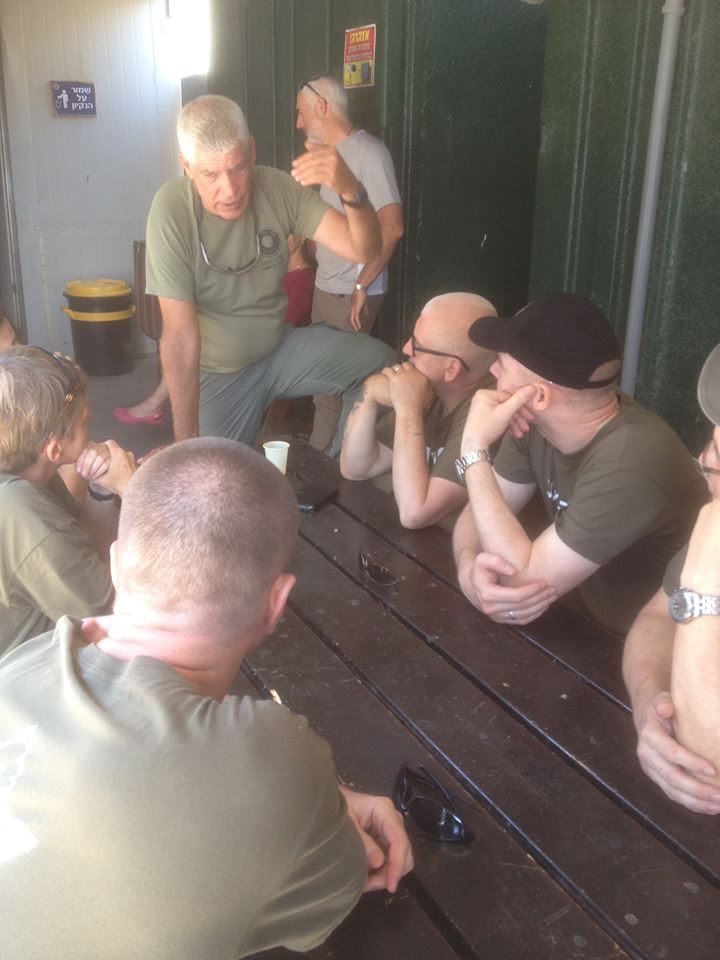 Legendary counter-terrorist Shai speaks with members of IKI Krav Maga Tour and Train about his experiences with Yoni Netanyahu, of blessed memory, and Operation Entebbe.