How Could they not have Known
By Moshe Katz 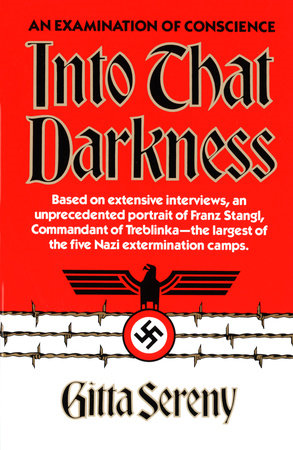 When it hits home, we are not prepared, we are not ready. When tragedy strikes we are stunned, angry at our politicians, bewildered.

Treblinka was a Nazi death camp in occupied Poland where over a million people, mostly Jews, were murdered. Ukrainians were hired to do the dirty work while the Germans and Austrians supervised. Captured Jews were forced to assist with the dirty work, sort the clothing, burn the dead whom they would soon be joining. To survive another day, they cooperated.

On this day, nearly April, 1943, a group of Bulgarian Jews who had lived in Salonika, arrived. They brought food and clothing. They were a good-looking lot, one of the inmates commented, "They won't burn well, they are too fat" (Into that Darkness, page 213)

24,000 Jews arrive at their new home, they are clueless. A Treblinka worker, a survivor, one of the "work Jews" named Richard Glazer remembers...

"They still didn't know. The mind just boggles - with all the hundreds, the thousands of people who by then knew - how could they not have known?" (ibid page 214)

He then describes a scene which brings tears to the eyes of any decent human being. He describes the beautiful women, the healthy young men, and the children. He then comments that it took 3 full days to "kill them all".

The mind is blank, the mouth is speechless, they eyes cannot behold this truth.

The earth must be speechless...

And yet, yet we must learn. For their sakes, for ours.

Tonight I had the great privilege of meeting Dr. Efraim Zuroff, famed Nazi hunter and historian, and educator. We spoke at length and I said that we are both on the same front, only in a different division. He is seeking justice for the victims by pursuing truth and preventing what he calls Holocaust Distortion, i.e. nations that are re-writing history to erase their role in the Holocaust. He works a great deal with Lithuanians and co wrote a book on the topic.

He seeks Justice, and I seek prevention and awareness.

And Richard Glazer asked, "how could they not have known?"

And I will take this Holocaust lesson for ourselves and ask us today, when violence strikes us, true it is not a Holocaust but when a loved one is killed it is a terrible tragedy, and others will look at us and ask, given all the information we have, given that we already know so much about the violence in our world, how could we not have known?

And if we do know, why aren't we doing anything about it?

But the Krav Maga schools remain half empty, and we wonder...how could they not know...

Join Us Today
Train to be a Krav Maga instructor,
Make a difference in your community.