How Not Why
By Moshe Katz
CEO
Israeli Krav International 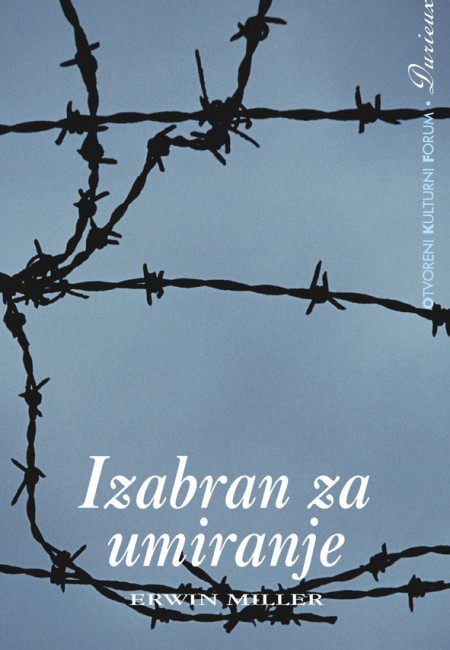 Izabran za umiranje by Erwin Miller,  In Hebrew the book is called "A Hell Called Jasenovac"

Erwin Miller, living in Israel, born in Vinkovci, at the time Yugoslavia, now Croatia, was one of the very few to spend four years in the concentration camp Jasenovac, and walk out alive.

Forty years later he recalls....at the dam, near the river, atrocities took place of such magnitude that even today when I recall them I am stricken with nausea and sickness. From where does such hatred come? What is the source of this hatred by the Ustaše? How could they so easily kill people they had never met before, never came to know, people that did them no wrong? How could they stab them with their bayonets in cold blood and compete among themselves as to who would stab faster and harder, all accompanied by levity and hysterical laughter.

Erwin asks questions that no one can answer. Not then, not now. How can people be so cruel? How can someone kill in cold blood? How can someone enjoy hurting others? How can you kill a man you never knew?

Libraries of books have been written about the Holocaust. For many of us this is the central theme of our lives, but there is more. Many people live through Hell and I am not here to compare one hell to another.

But how can one take a woman, a child, rape and brutalize them? How can people be so cruel? Where does this evil come from?

As I have written before these questions do not really concern me. They are purely academic. Let the psychologists and psychiatrists and sociologists used their well earned doctorates to analyze this topic. The "Why" does not concern me, only the "How".

The book is filled with clever ways that the prisoners managed to get a little extra food, how even in solitary confinement for ten days Erwin managed to stay alive. That is what matters.

And so with us, in our own lives, with our own forms of Hell, we must find a way. Every day people on our good earth...disappear. In Israel alone there are over 500 missing people, In the United States, 800,000 children were going missing annually according to a 2002 government study, worldwide it is in the millions.

And murder, and rape, home invasions....Hell is everywhere. And yes, I know..what a wonderful world it is. There is great beauty in this world, I am not missing it and no, I am not depressed, I am sane!

As a sane person we must learn the lessons of the past, only a fool ignores these lessons. A wise person reads, learns, thinks and draws conclusions. A fool just goes back to his wonderful world until....until Hell hits home and then it is too late.

We must act, each one of us, as individuals, and as communities, and as nations, before it is too late.

The Wall Street Journal reported in 2012 that: "It is estimated that some 8 million children go missing around the world each year". and adults also go missing. Am I paranoid? or just sane?

You still do not have time for Krav Maga training?

Krav Maga instructors worldwide - Find an instructor near you.