In the Talmud, Tractate Gittin, which deals with the legal documents for divorce, the following discussion takes place.

Another rabbi objected and said, Really?! You call this a concession to make things easier for the woman? You are actually creating a hardship because had you required two witnesses then the husband would never be able to dispute or challenge the Bill of Divorce, but with your 'concession' of only requiring one witness  you now put the woman in danger, for the husband can more easily challenge one witness, get the Bill of Divorce declared invalid and cause the woman major obstacles on her path to becoming divorced and free.

The intention was to help, the result was creating unforeseen problems for the woman.

This discussion took place sometime between the second and fifth century in Babylon, but nothing has changed.

Very often we hurt those we intend to help. There is rent control in New York City and has been since 1943. The idea was very noble; prevent greedy landlords from raising the prices so high that housing becomes un-affordable for people with less income. The law was enacted during World War Two to prevent inflation and help those of lower income.

As in most aspects of life the rich and powerful took control. According to the book "The Art of the Deal", current for 1987, many such rent controlled apartments where actually in the possession of movie stars and wealthy people. People with connections are able to take advantage of any situation.

Famous music and film stars were paying ten percent of the value of rent and taking over entire floors of the best apartment buildings. The poor were not living in those apartments; the views of Central Park were for the eyes of the wealthy only.

The argument for minimum wage takes on a similar theme. Yes, good people fight for social justice, we "demand" higher wages, but sadly that is not how life works. The laws of economics have a way of messing with our ideals. In recent months with the demand of a huge hike in the minimum wage in the United States the results have been just the opposite of what people wanted, intended and hoped for.

Raising the minimum wage has caused prices to go up, higher prices means less people can now afford these products, which means less will be purchased, which means workers will be laid off. Result: more poverty.

With the minimum wage rising in Seattle, for example, the number of jobs decreases every year. At those high rates employers are reluctant to take a chance on a young person with little experience. So how is a young person supposed to get experience?

It becomes a vicious cycle.

Many fast food eateries have replaced workers with machines that can take their orders faster and more accurately. They have had to do this to keep their prices down, otherwise they will lose clients. The result: Less work for those who need these sort of jobs.

Sometimes when we try and help we actually end up hurting those we truly wanted to help, it is the same with Krav Maga (and thus the point of all this, how to deal with the minimum wage, rent control, sufficient housing, young workers etc is beyond the scope of this blog)

Most Krav Maga schools end up hurting those they wish to help most.

Having spent more than thirty years in the field, which is longer than most current Krav Maga instructors have been alive, I have seen and learned much.

I have seen that most decent people are terrified of walking in to a martial arts school, to them it is pure violence and fear. They hear shouting, they see kicking, they watch movies of people getting killed or paralyzed in the ring.

And then comes along Krav Maga, advertised as boot camp, tough as nails, an angry Jennifer Lopez beating the crap out of her husband, Angelina Jolie beating up monsters, "trained by the IDF" young men, body builders, shouting with a heavy accent, and you wonder why decent people take one look and walk away, forever.

These schools, in their heavy promotion of Krav Maga, somber photos, no smiles, all anger and rage, do a terrible disservice, they hurt those they claim they want to help. Much like an inflated minimum wage they cause poverty.

I have seen this again and again, so many good decent people totally scared off from Krav Maga, even here in Israel; simply put they are afraid of being hurt. The entire environment scares them.

So a big thank you to all the great commercial Krav Maga organizations for making my task so much more difficult.

I have been through hell to get to where I am today. I have fought full contact, I have been inside many hospitals, I have permanent damage, I am at risk of head trauma, I have pain. But I do not want to inflict this pain on my students. No, there is no reason for that.

I want to teach in the best way possible; maximum results with the minimum of damage. So I run the risk of being called "Soft", "Gentle" and other terrible things. You tube viewers criticize my videos as being "slow". (Sure, imagine trying to learn Italian or Russian with a native speaker going full speed, I guarantee you will learn nothing. We must teach slowly.)

I am not trying to please anyone, I really do not care at all what anyone thinks of me. But I am trying to teach the best way I know how. And that means not hurting those whom I came to help.

The strongest people I know are also the most gentle. I know men who have gone deep into enemy territory, have killed, have carried comrades home but you will never know it. They will not "talk trash". They will not post nonsense on social media. And they will not hurt those they aim to help.

From my earliest years I have been "accused" of being an "individualist". I have been asked why I "refuse to fit in". Really I am not impressed with "the crowd".

I see photos of smiling people who are now dead. I know of young girls and women who have been stabbed to death, I want to help them. Presenting an image of "Fierce Israeli warrior" will only attract a certain element, but I prefer a different approach.

We are not the Spartans, we are a nation of warriors but not a warrior nation. We do not aim to breed the Perfect Man. We are gentle scholars who fight when we must. We have the rifle in one hand but the Bible in the other. Let us not imitate the ways of our enemies, we cater to the weak rather than "eliminate the weaker elements".

IKI Krav Maga is an expression of our 4,000 year old heritage. And just as the Talmud explains, do not enact laws that end up having the opposite effect of what was intended.

Do not hurt those you came to help.

Israeli Krav International, we are different. 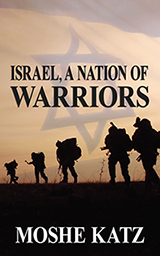 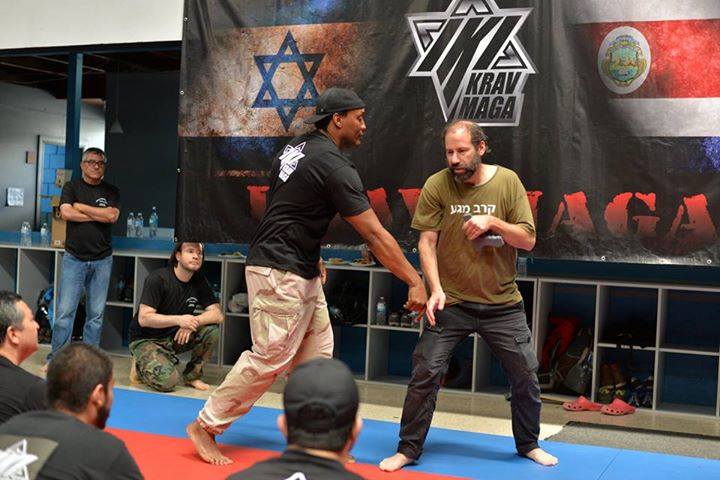