I have spend 50 years trying to understand the Holocaust but I must agree. All we can get is a glimpse into the pain, suffering, destruction and humiliation.

Sir Simon Wiesenthal was born in Buczaz, Galacia, at the time part of the Austro-Hungarian Empire, today part of Ternopil Oblast, Ukraine. He suffered from pogroms and Jew hatred as a child. His father served in World War One, on the side of the Austro-Hungarian Empire and died in combat on the eastern front in 1915. Later on his mother remarried and Wiesenthal's step father was arrested as a capitalist and died in a Soviet Prison, and then things got bad. The Germans invaded in June 1941.

Wiesenthal's mother and other elderly Jewish women were sent by freight train to Belzec extermination camp and murdered in August 1942. His mother in law was shot by a Ukrainian policeman on the front porch of her home. Simon and his wife Cyla lost 89 relatives during the Holocaust.

Wiesenthal was one of the few fortunate ones. Despite all odds he survived five concentration camps and was liberated by the American Army. He said that seeing the American flag filled his heart with joy. At over 6 feet tall he weighed less than 100 pounds and was unable to walk.

After having regained his health he devoted his life to documenting the Holocaust and trying to bring Nazi criminals to justice. He had a photographic memory and was able to recall names and dates quite accurately. He is credited with helping catch several high profile Nazis including the notorious Adolf Eichmann, Franz Paul Stangl and Karl Silberbaur (the man who arrested Anne Frank). He also caught Erich Rajakowitsch who was responsible for the deportation of the Jews from the Netherlands.

I heard an interview with Simon Wiesenthal when he was already an old man. He was asked why he chose to devote his life to chasing old Nazis, why did he become the most famous Nazi Hunter of all time?

His answer is profound.

He replied that when his time comes to join the dead, and he is reunited with his fellow inmates at the camps, he wants to be able to look at their souls and say, I did not forget you.

Think about that for a moment, ponder the power of that statement. Take a moment.

We are like monkeys, things go in one ear and out the next. Our attention span is minimal and we forget life lessons as soon as we learn them. Simon Wiesenthal made a pledge and he kept it to his dying day.

In the recent period two Israelis were stabbed to death. Two young men, with families and children. They were stabbed, not shot from a distance, not run over by a car. We train for this. Now while there are no guarantees in life and even if you are a 34rd degree black belt I cannot promise you that you will defeat a man with a knife, we can certainly improve our chances with regular training. That is what I have devoted my life to so that when I see the victims in the afterlife I can say to them, I did not forget you. I internalized the lesson of your death.

Wiesenthal stood alone for the most part. The American government gave up the hunt, they put it in the past. But Wiesenthal, the stubborn Jew never gave up. He never gave up the chase as he wrote in his book Ich jagte Eichmann: Tatsachenbericht (I Chased Eichmann: A True Story)

Never give up the fight! 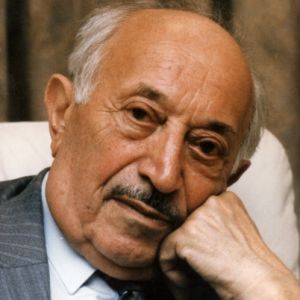 Sir Simon Wiesenthal, of blessed memory, we will not forget you.