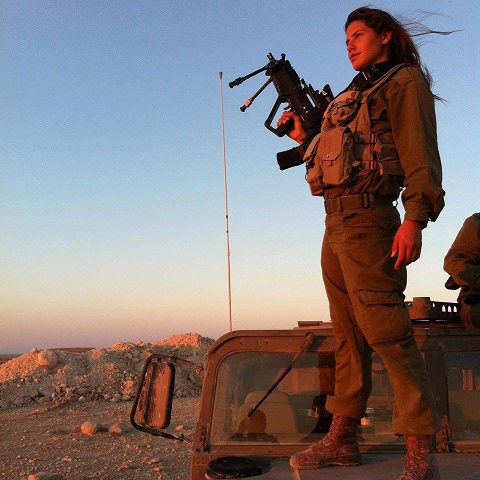 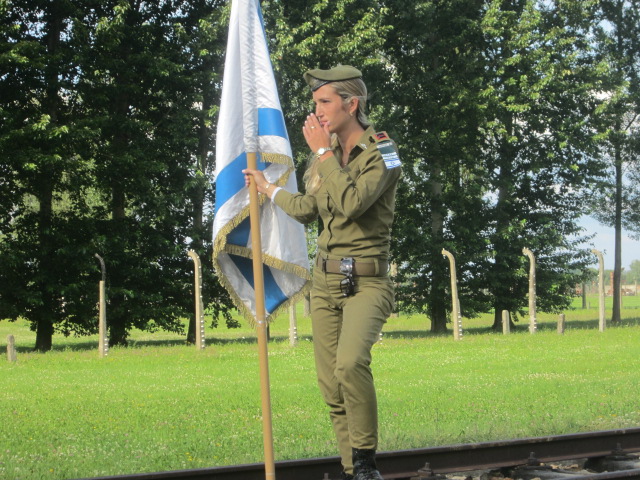 The hour is past midnight...

There is a fierce debate going on these days about guns; should they be banned? Should we train people how to use them?

I have to laugh. The issue has been decided long ago. Silly people, the answer is in the Bible and was written thousands of years ago, and there is nothing whatsoever to add to this discussion. The matter has been settled long ago.

We strive for a world of peace, the ideal, but we prepare for a world of violence, the real world. Since man has learned to stand erect he has been at world, there have literally been thousands of wars and there has never been a time without some war going on somewhere in the world.

Yes,  all our laws, all the words of the prophets, are about building a world peace, kindness, and generosity. But we are warned that we must prepare for violence. As Golda Meir (Prime minister of Israel) pointed out centuries later to a very naïve Jewish man by the name of Henry (Heinz) Kissinger, He is a perfect gentleman, but his problem is that he believes that the rest of the world is made up of similarly perfect gentlemen. (To be fair, Kissinger did serve in the US army in a, fought in the Battle of the Bulge and earned a bronze star.)

The idea; we train for it every day, we study our Torah, we pour over the pages of our Talmud and we study the words of our holy rabbis. And then we prepare for war.

We train to shoot, we train in Krav Maga, we develop hi tech weapons, aw are commanded by God to do.  Our greatest leaders have always combined spiritual pursuits with military training. We do not have men like the Dali Lama or Mahatma Gandhi, we have men like Joshua, Samson and Pinchas the Cohen. We have women like Deborah and Yael: warriors, because we live in the real world.

It is the eve of Passover, and all is still. And I recall that on this night Jews arose and prepared to fight back, it was Warsaw 1943. Protests to the world did not help. No one was listening. The great Polish diplomat Jan Karski met with all the great world leaders, he had first hand knowledge about the genocide of the Jewish people, but none would listen. So on the night before Passover in the Warsaw Ghetto, a small band of Brothers and Sisters arose, and they had Guns!

"To teach the children of Judah the use of the bow behold it is written in the book Yashar."  (Book of Samuel 2, Chapter 1, Verse 18)

Protests? The March of the Rabbis; October 6, 1943, the rabbis of America marched on the White House and demanded action but president Franklin Delano Roosevelt, himself of Jewish descent ton both sides of his family, quietly escaped out the back door. He refused to meet with them.

Protests? Abba Kovner took his gun and formed the Avengers, and went around killing Nazis. Zus and Tuvia Bielski took guns and head to the forest, and on the night before Passover Mordechai Anielewicz and Pavel Frankl took on the Nazi war machine and sent the Germans running for their lives.

And the hour is past midnight.

This is the slingshot of young David, this is the Jawbone used by Samson, this the sword of Judah the Maccabee and this is the gun in your hands. Use it correctly and wisely.

As a child I dreamed I entered a time tunnel, a time machine, and I met with the Jews of the Ghettos, and I brought them food and medicine, but also guns, big guns! And when the Nazis came and took away children from their mothers, and pulled rabbis away from the holly books, in my dreams men and women stood up with their guns and fought back!

If only we had more guns. Guns save lives when in the hands of the right people.

The Torah teaches us clearly, with each you must deal in accordance with his own way. With a scholar you can debate, with a kind man you can reason but with a killer you must be better armed, and better prepared, to protect all that is good and holy and decent.

It is long past midnight, and the holiday of Freedom, Passover, is approaching, and I see my father of blessed memory, and I see General Shimon Bar Cochba leading the revolt against Rome and I see young Mordechai and Pavel in Warsaw with no fear in their eyes as they prepare to fight for freedom. Do not ask others for freedom, do not beg for your life, fight for it.

And a young girl does not protest, she takes her home made Molotov cocktail and she runs towards the Nazi tank to throw it into the tank, but sadly she is shot dead with the explosive still in her hands.  And young girls who should be in school studying follow her and continue the struggle.

And on Passover night we remember them and we honor them.

And I am standing in Warsaw and I hear the sounds of Jewish teens singing, and I follow the voices and I find Jews from all over the world at Mila 18 in Warsaw, Poland, and they are honoring the memory of those who fought back, of those who took guns in their arms and fought to the death.

And from the ashes of the these warriors our freedom has come. From their sacrifice we have arisen, and we take the gun in our hands and say we shall not fail them, we shall honor their memory.

The debate is over.

The true history of the Jewish people as a fighting nation and the Biblical directives regarding fighting.

The history of Biblical fighting, weapons, and strategy; the Hebrew warrior spirit from ancient to modern times.