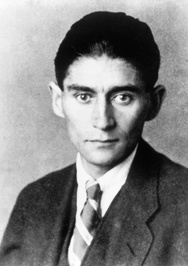 "Kafkaesque fantasies of the impassive interrogation, the false trail, the confiscated passport...haunt his innocence.."(The New Yorker).

I tend to be a little paranoid about my passports, as I think one should be. Without a passport you cannot get home, you will be caught in an endless confusing web of bureaucracy, going from one office to another, always waiting on line for some unknown reason.

Perhaps my history, as a Jew, leads to this semi-paranoia; for centuries a stateless people clinging to any document that can provide a smidgen of security.

Today I visited the new United States embassy in Jerusalem to renew my US passport. It was a bit of a long wait but ultimately a decent experience. The American woman I met made every effort to explain the procedure to me. But in the back of my mind I always see the Kafkaesque classic bureaucracy, the endless wait for unknown reasons, never knowing if you are waiting for the correct door or if you will be turned way for missing some essential documents such as your grandmother's birth certificate in the original Polish.

So for those with less of a literary background, what does Kafkaesque mean and why is the concept so intimidating?

Kafkaesque refers to a way of thinking best articulated by the writer Franz Kafka. Kafka was a German speaking Jew born in the year 1883 in the Kingdom of Bohemia (today the Czech Republic). He died  young, at the age of 40, on June 3, 1924 in Austria.

He published very little during his lifetime, but like many artists only achieved his fame and recognition after his death. The story collections  Betrachtung (Contemplation) and Ein Landarzt (A Country Doctor), and individual stories (such as "Die Verwandlung") were published in literary magazines but received little public attention.  And yet after his death his writing had a huge impact on thought and literature.

Perhaps the idea that he captured best is the individual trying to cope with the complexities of modern bureaucratic life. You face the Big Machine alone and often simply do not understand what they want from you.

Although Kafka was not very religious it is thought that much of his conceptual approach to the world indeed stemmed from being a Jew in a hostile world with no explanations. This was expressed as "We believe you are a threat, but we won't tell you why you are a threat."  He stands for the 'guiltless guilt' that imbues the Jews in the modern world. No matter what one does, he is sure to be blamed for something, but no rational explanation is ever offered. He showed a great deal of interest in the Zionist movement. Perhaps today he would be baffled by the idea that the Jews have finally left Europe, moved back home to Israel, and are still the target of most of the world. Remember when President Trump moved the USA embassy to Jerusalem, the vote against Israel and the USA was about 128 - 3.

Kafka speaks for the Little Man, the weak, the powerless. We are perpetually standing outside some door, patiently and nervously waiting for someone to call our name, our number. We are waiting to enter a room only to be told that we must now take our documents and wait outside another room in a seemingly nonsensical pointless excursion.

I thought of Franz Kafka today as I went to renew my passport, call it fear of bureaucracy, they have all the power, we are powerless in the face of their forms and stamps of approval, or disproval. As in "Der Prozess", The Trial, if we choose not to participate in their rules we have flung away any home of success. Once our document has been stamped we are stamped. We are stamped. We are controlled by these processes and by these documents.

Kafka was defined by his difficult life, his success came only after his passing from a terrible illness. He never married, had no children, achieved no fame or success during his lifetime, and yet he created an entire new genre of literature and a critical way of thinking.

Kafka helped explain the feelings one often faces when dealing with a power machine out of control. The term that comes from his name, Kafkaesque is used  to describe instances where overpower the individual. The scenes become surreal and nightmarish and the individual often feels a sense of disorientation, helplessness and senselessness. The individual feels trapped and, like a bad dream, cannot find the path out of this mess. While Kafka wrote as literature the concept has come to describe real life situations. Often we are faced with an illogical situation and we can't find the way out of this maze, that is when we experience Kafkaism.

His works used titles such as, The Judgement, The Trail, The Man who Disappeared, Description of a Struggle: all indicative of a man fighting against The Machine.

He was a man in a struggle against injustice, he wrote about truth, he stood up for the Little Man. He recognized the Cruel Reality. These are all concepts we can related to.

Our Krav Maga struggle, in a way, echoes the struggle of Kafka, and we must treat our students in a way that does not leave them feeling Kafkaesque.  We must not leave them confused and disoriented, helpless in the face of The Machine. We must have clear answer for them, direction and focus. We must be able to provide realistic solutions and guide them through the maze.

Our techniques must make sense to them, now. Our system of teaching and grading must make sense. They must not feel they are part of some confusing system that they must follow blindly without understanding and just bow and say Yes Master.  They must not feel they have entered some Kafkaesque world when nothing makes sense and no one can provide a clear answer. We must be able to show them a clear path, a plan, results and logical progression.

Have a good Sabbath everyone. 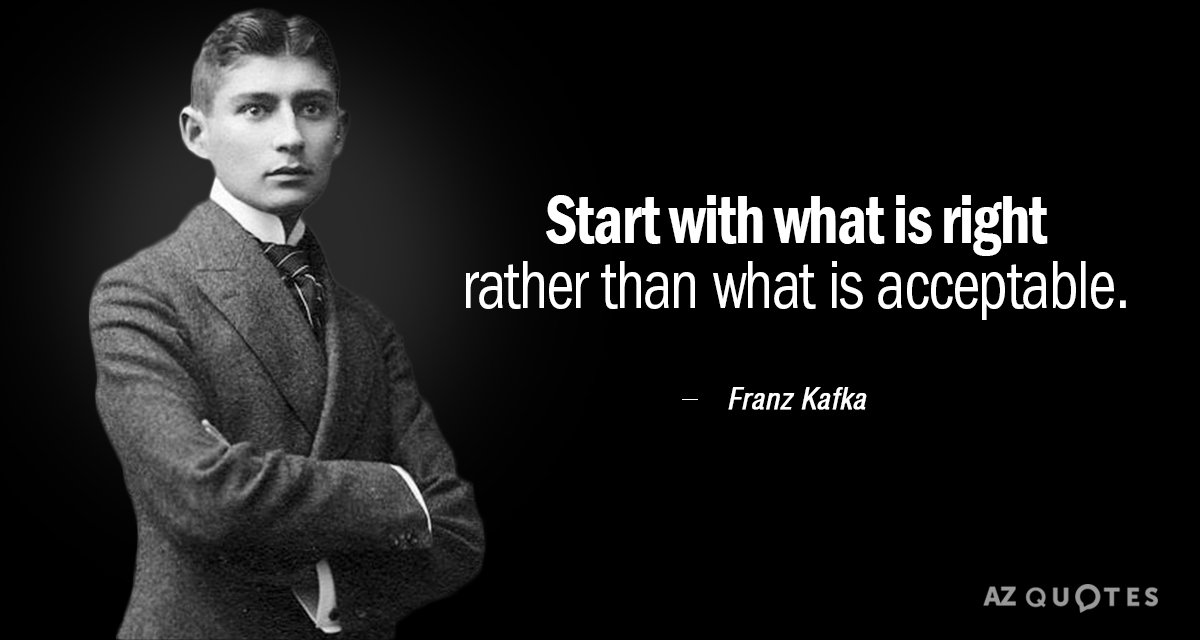 "The Messiah will arrive when he is no longer needed." (Franz Kafka)