I wrote this blog nearly two months ago. Again at the airport heading out to seminars aboard. Since I wrote this there have many numerous knife attacks (by Arabs), several good people are dead, several hurt. Are we sufficiently prepared? 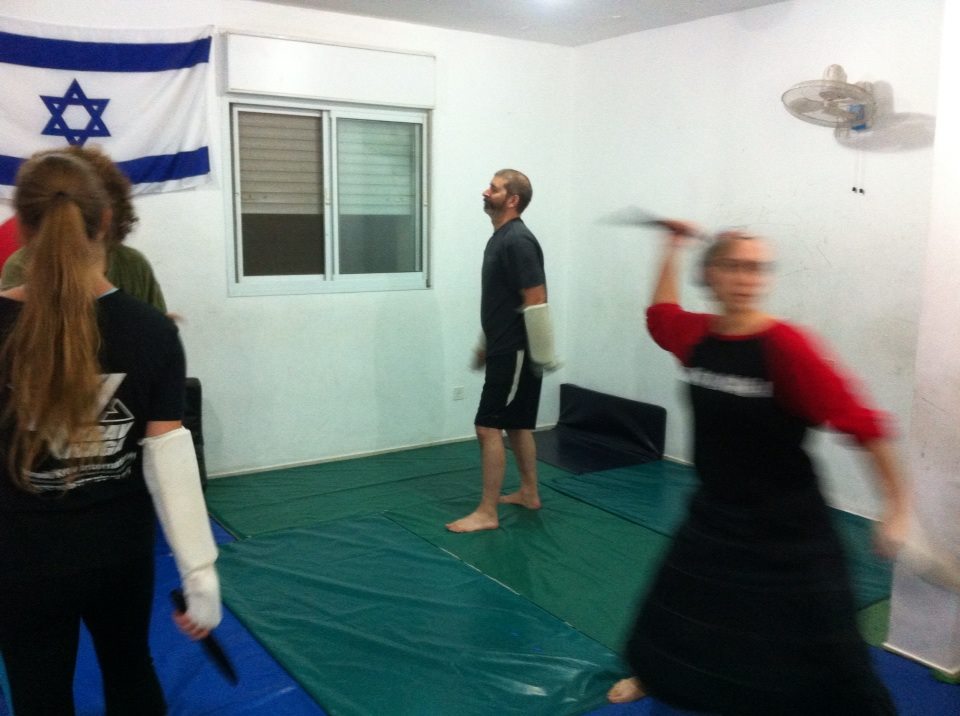 Knife attack, it can come so fast it will be a blur. You need to prepare, you need to train.

Myth and reality, oh how difficult that can be. We so love our lies, illusions and delusions that even when the truth stares us in the face we refuse to see. None are so blind as those who refuse to see.

The Israeli army, the Israeli police, all Krav Maga experts. All one has to do is speak broken English with a really heavy Israeli accent, say he served in some "secret" Israeli unit, and people will buy whatever nonsense he has to sell. But the truth is most of them know less than one of our beginner Krav Maga students. In one seminar with us you will know more than the average Israeli police officer.

Oh, did I spill the beans? (this is not good for business).

Yesterday or the day before there was a knife attack in the Old City of Jerusalem. Of course the international press reported it as an "Israeli murder of a palestinian alleged attacker".

I saw the video.

I saw the video, step by step, and I would like to say I was disappointed and shocked, but alas, only the usual.

Who was attacked? an innocent bystander? a tourist who did not know any better? a casual shopper? No, it was the Israeli police.

There they were, in uniform, a group, wearing their armored personal protection. Let us analyze.

They are police, they in are position to observe the Arab population and protect the area. They know what to expect, they are there to watch.

They are behind a protective barrier, similar to a metal road block. Provides some protection.

They are in a group.

They are trained, armed and ready.

And yet the guard was caught off guard.

The Arab was walking along the way, he walked right up to one of the police officers, very close, arms length distance. And the police officer had his hands by his side. I teach that in such questionable situations raise your hands as if to make a point, adjust your hat, do something to get your hands into position to do the IKI Universal Block.

The police officer, soldier in the IDF, did nothing of the sort. The Arab pulled out a knife and lounged towards him. No defense was offered. The officer did not appear to be hurt, most likely due to his protective vest, but he fell backwards. Another officer opened fire and the incident was over.

There was no Krav Maga used. But try telling that to all the foreigners who believe the hype. All you need is to be "IDF trained".

At Israeli Krav International (IKI) we do not claim to be war heroes, captains or major. We just claim to know our trade. We do not boast Kickboxing championship titles or tell fabricated war stories. No tall tales. We just teach intelligent Krav Maga self defense that has already saved many lives, lives of ordinary special people, just like you.

P.s. I was just informed that a Krav Maga seminar booked with police officers in the USA has been cancelled. Turns out it is a long weekend and the police officers do not want to "waste" a good weekend on Krav Maga.

Well, I guess that tells us about the order of priorities of some officers. Perhaps it is time we learn to defend ourselves. Or better yet, let's just wait for a convenient time.

Start Your REAL Training TODAYOr is someone coming to save you?