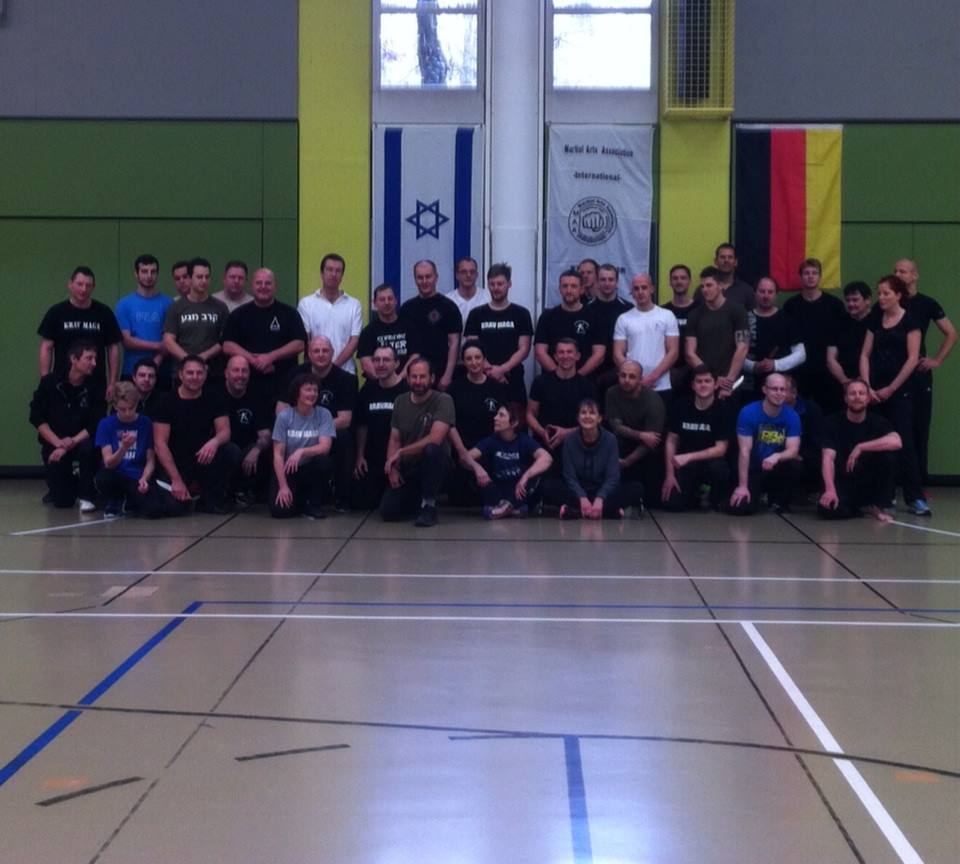 From the moment I arrived I was greeted with warmth and kindness. My dear friend and long time student Jürgen Köhler did everything to make my stay a most enjoyable and inspirational experience.

Size of the town does not matter. Although Konigsbach is a very small town Jurgen managed to attract a large crowd from all over Germany and the Netherlands. We had a truly international crowd with Polish speakers, Russian, and Ukrainian. More than 60 Krav Maga students and instructors filled the gym.

It was during the holiday season and I was able to experience some of the holiday feeling. I was made to feel totally welcomed by all. Jurgen's family became my own as I bonded with his wonderful children.

Jurgen showed me around the little town and explained the history to me, including the Jewish history, once an integral part of this place.

Konigsbach is "off the beaten track", not built for tourist. I stayed at a small family owned hotel and became friends with the kind manager, Greta.

Jurgen has trained his students well in the style of IKI Krav Maga. Jurgen has been a member of IKI and our On Line program for many years. In addition he makes every attempt to attend our seminars all over Europe. As a result he and his students remain on the cutting edge of Krav Maga. I was very pleased with their abilities.

Armanda and Serve came from Limburg, Netherlands with some of their students. Beate, a two time participant in our Tour and Train program came all the way from Hamburg. Richard and Harold came from Holland. It was a wonderful IKI gathering.

Two days training, all day every day. Next years' seminar is already in the planning. 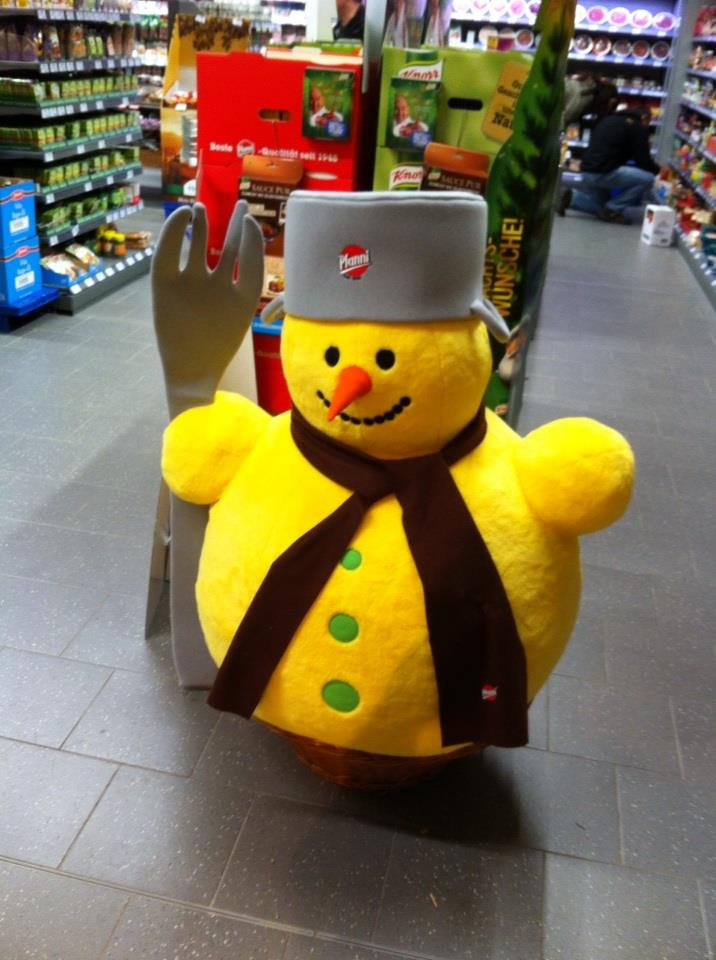 The holiday season, festive atmosphere in the supermarket. 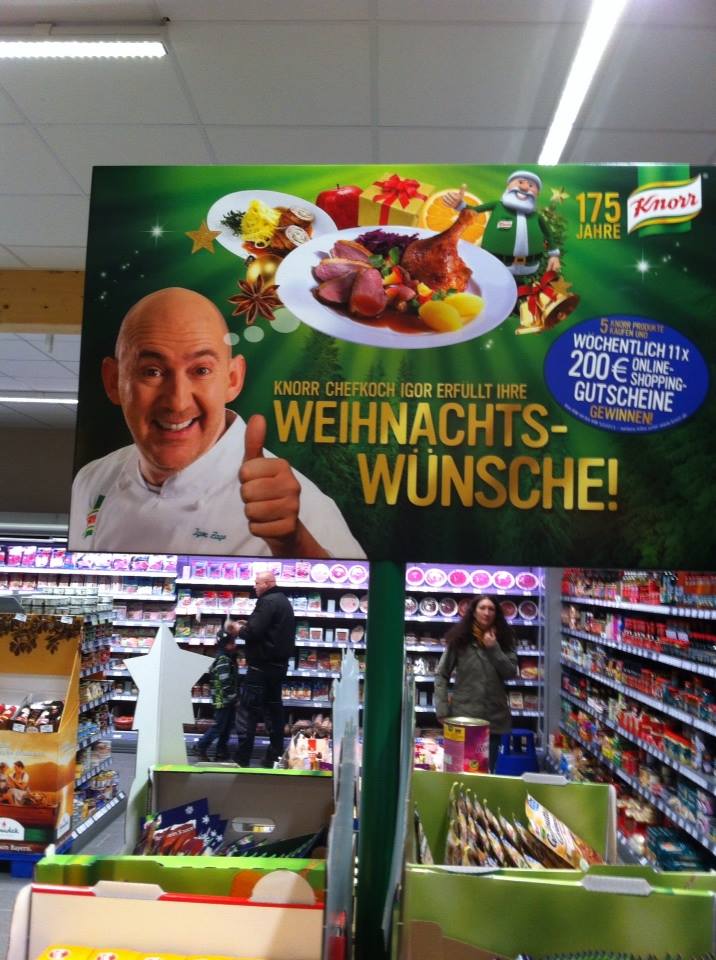 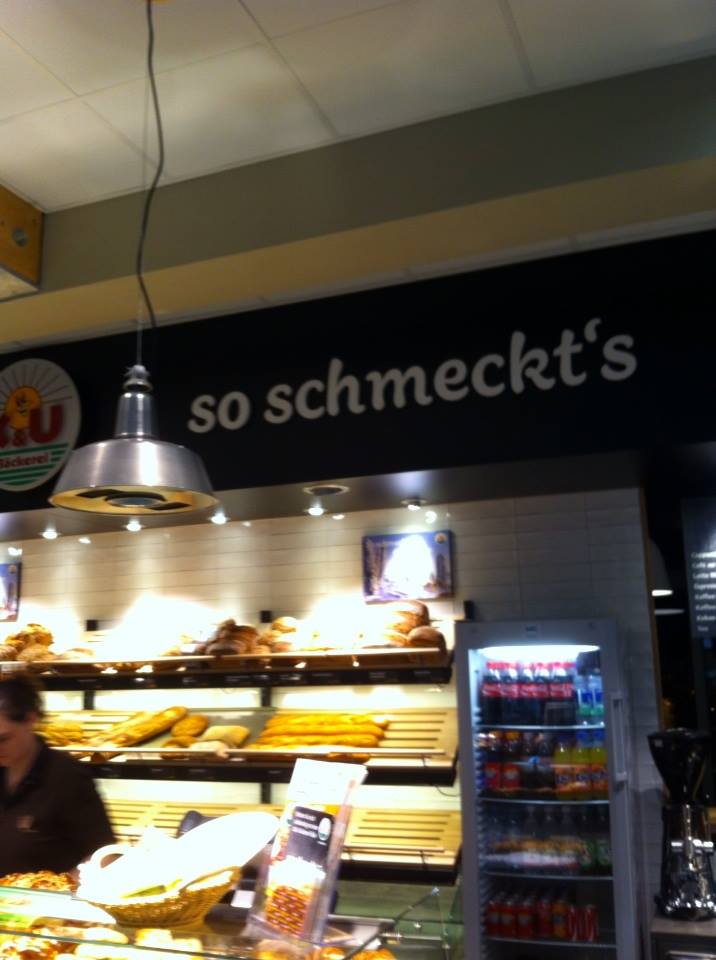 The first Jews arrived in 1699. There were farmers and in the cattle business. 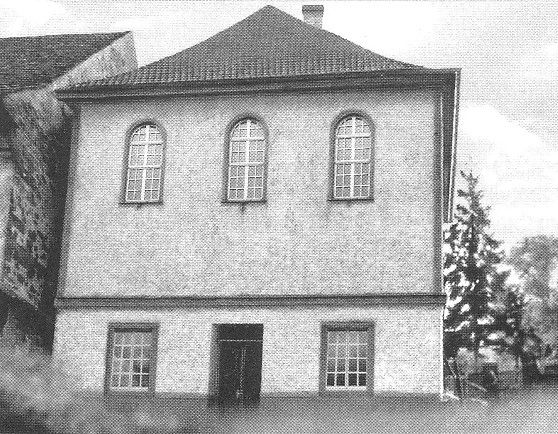 Photo of the synagogue before its destruction. 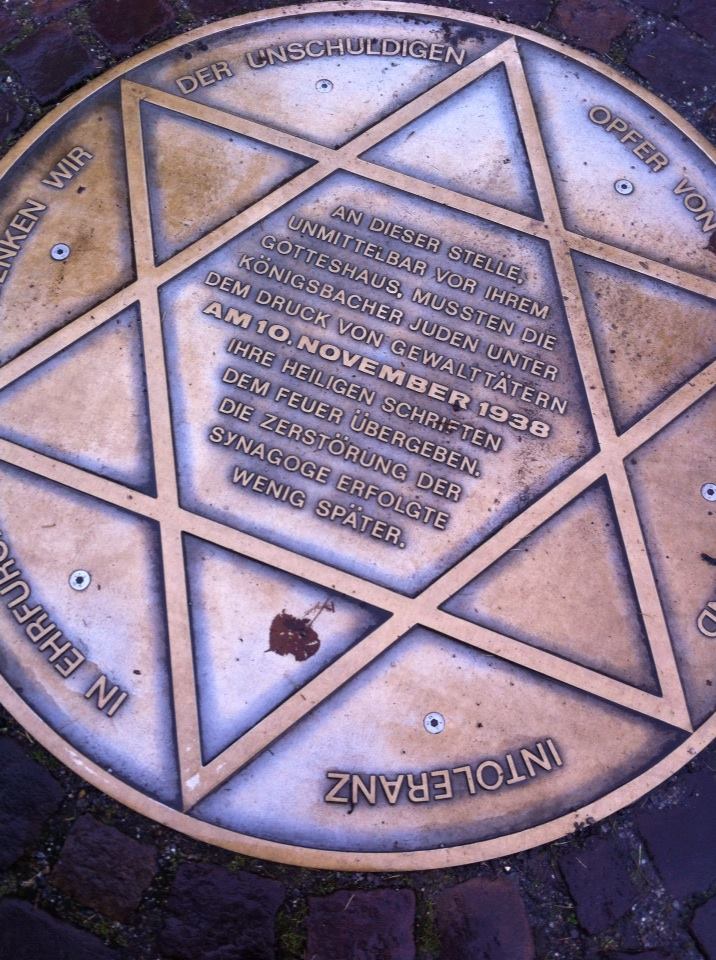 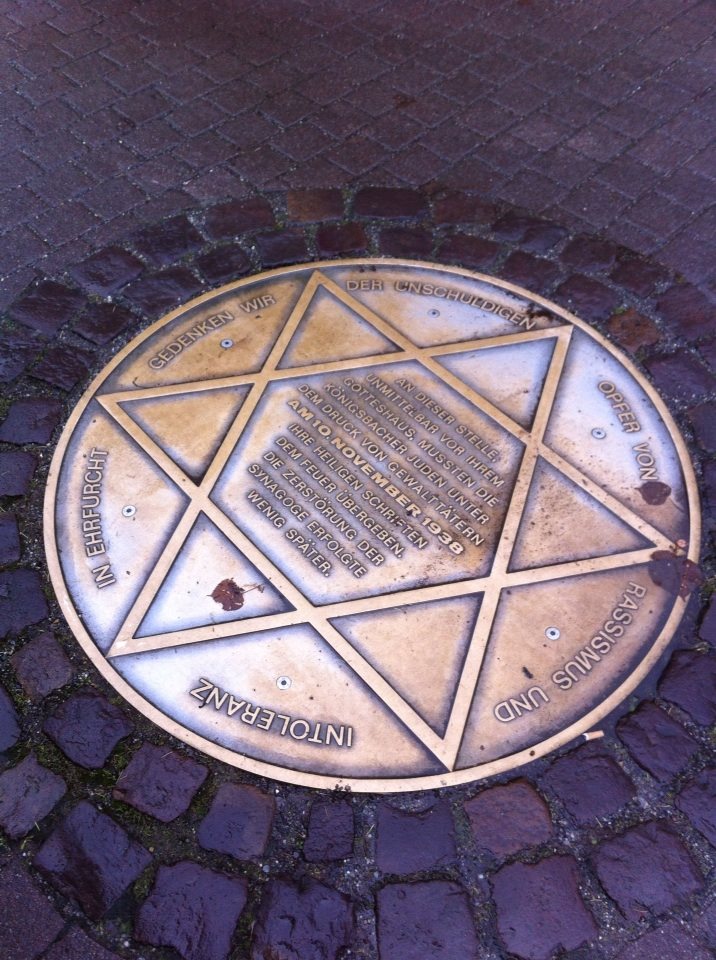 This star is directly opposite the site where the little synagogue of Königsbach  once stood. The synagogue, or shul, served the congregation as a house of prayer and study. It was destroyed on November 9, 1938 as the writing indicates.  That was "The Night of the Broken Glass".

"Kristallnacht", the night of the broken glass, was the beginning of the end for this little community of Jews as well as for all the Jews of Germany and in fact all of Europe. On this dark night over 250 Jewish houses of prayer and over 7,000 Jewish business were destroyed by the German people.

The people of this town still feel the guilt and the shame. To destroy a house of prayer. There are no words.

I stood there, in silence, in prayer, with my friend Jurgen.

I stood there with the 200 Jews who once prayed there.

I stood there with God.

I stood there in silence for a world that had gone mad. 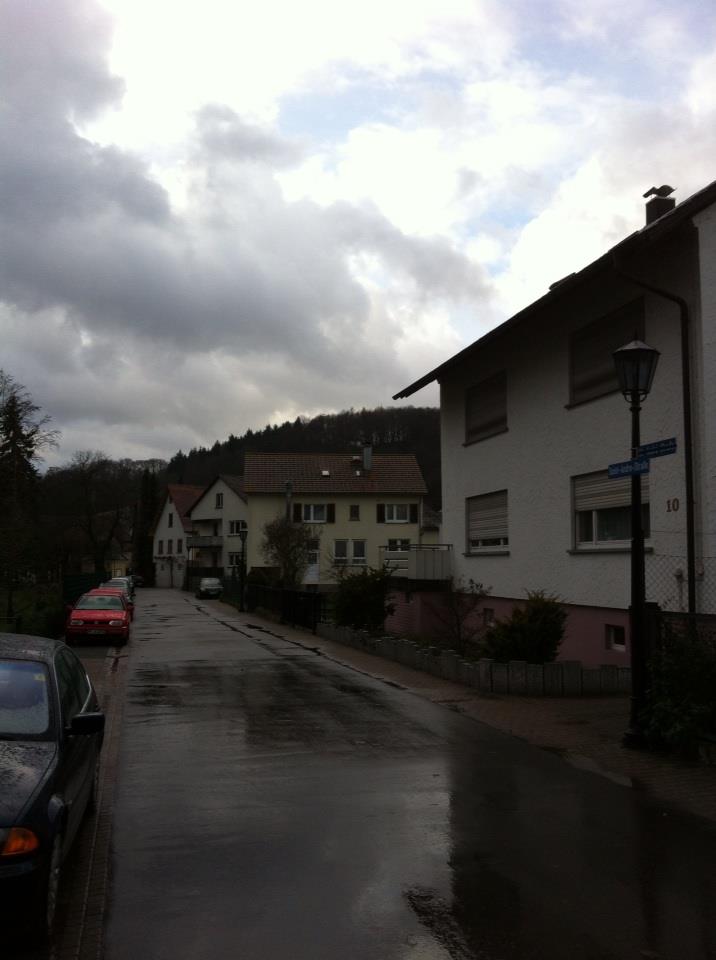 The little town of Konigsbach, Germany, population 5,000. Quiet, pleasant, peaceful. This town once hosted a Jewish population of 200. The Jews began to arrive here in 1699. The history ended in 1940 with the deportations. None came back.

Today the young people honor the memory of the Jews who were so brutally taken away. The boy scouts, or Path Finders, recently dedicated 200 stones, each with the name of a Jew who lived here and was deported. The young German children of this town, their teachers and leaders, recognize and understand what happened. They live their lives today dedicated to the ideal that it shall never happen again. That all people shall live in peace. 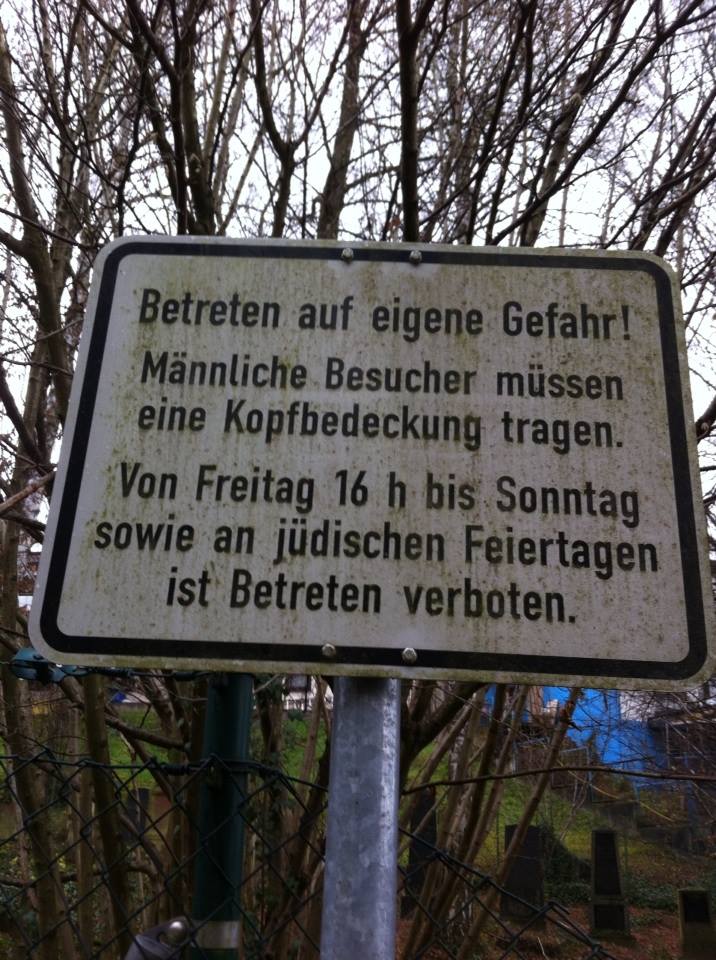 The sign at the entrance to the Jewish cemetery, well preserved and respected by the local population. 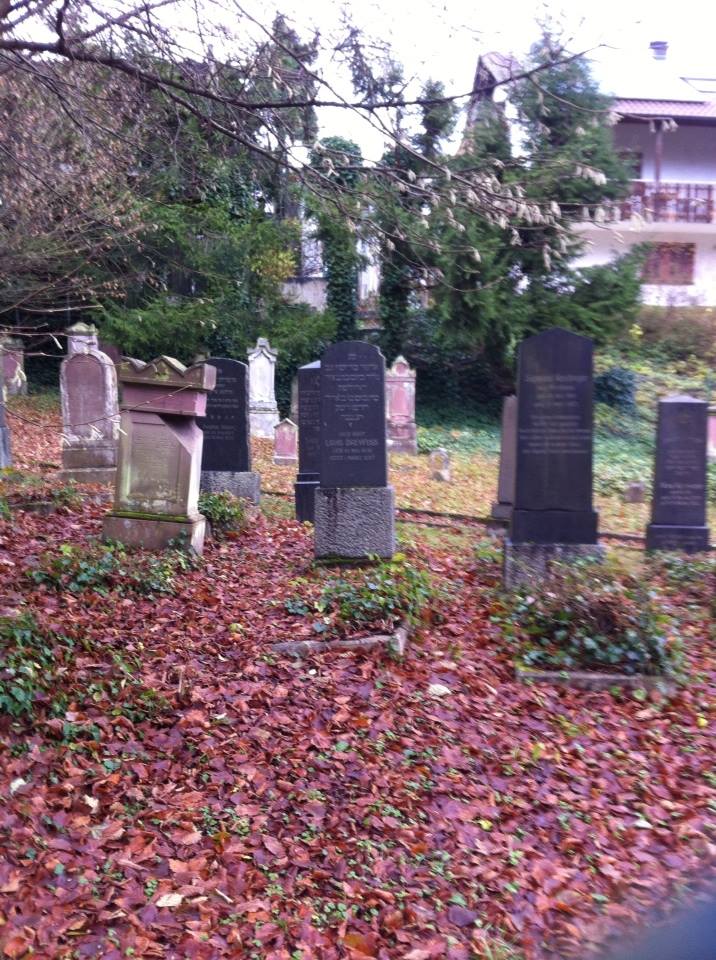 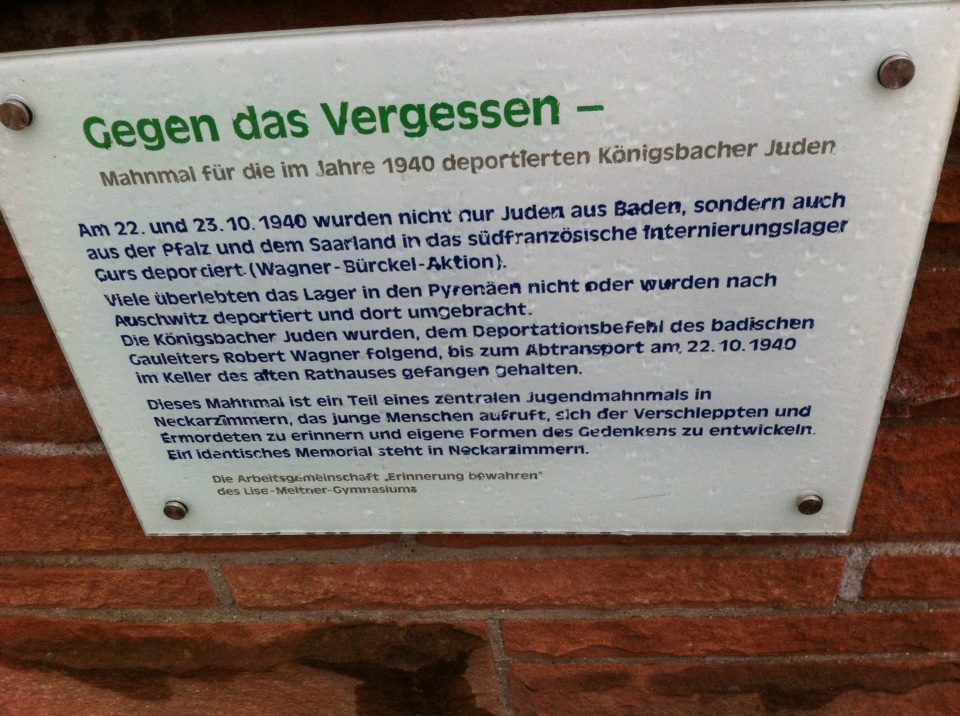 A plaque marking the location of the deportation of the Jewish community of Konigsbach on the morning of 22.10.1940. October 22, 1940 more than 200 lives became hell. 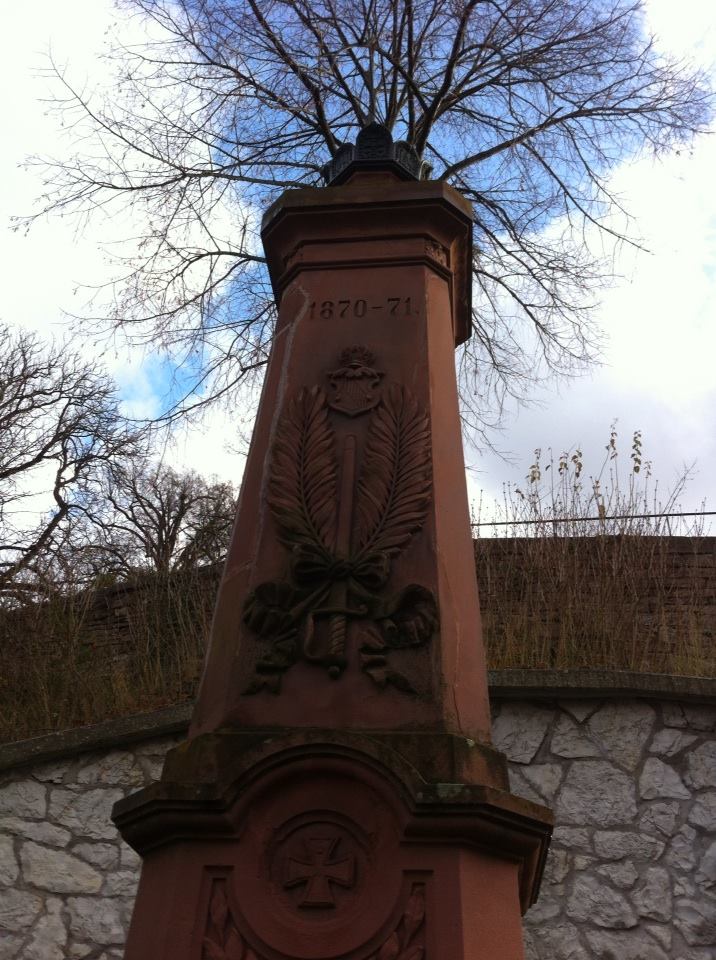 Monument honoring the war heroes and local residents who died in the war of 1870-1871. Several Jewish names appear on this monument. The Jews served their adopted homeland with honor and patriotism.

The war of 1870 was a war between Prussia and Germany against France, or the Second French Empire. For Germany this was a war to unify Germany, to unite the independent southern German states with the North German Confederation. France was defeated and Germany was united.

The treaty of Frankfurt was signed on May 10, 1871, granting Germany most of Alsace and some of Lorraine. This would become a source of trouble in the future and a major factor in leading France into World War One. 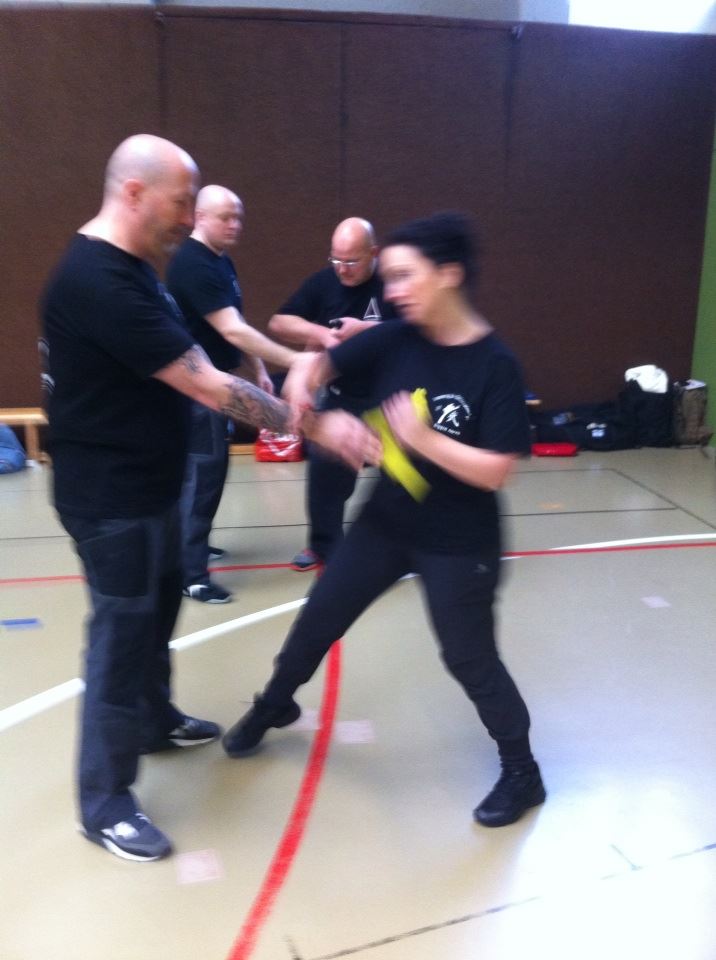 Roger, Armanda from Netherlands. Serve and Stephan in the background 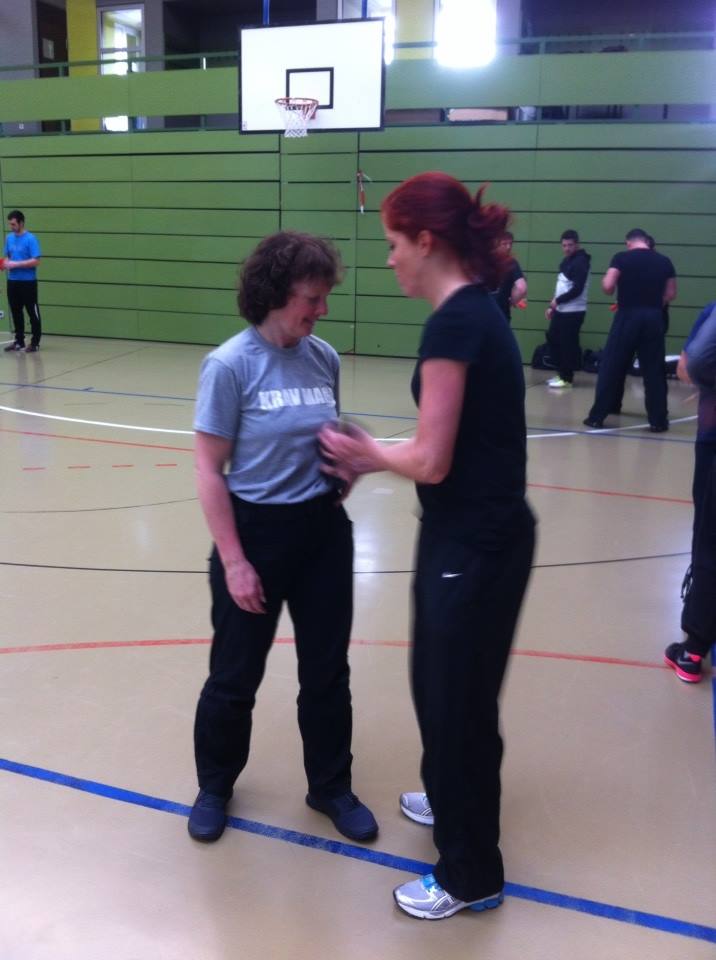 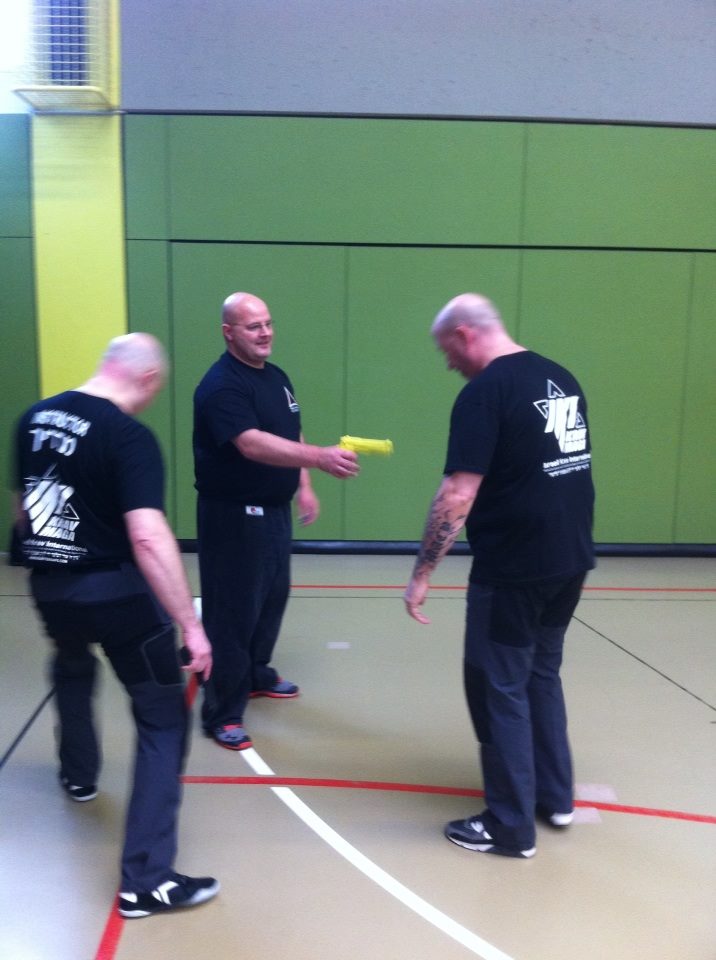 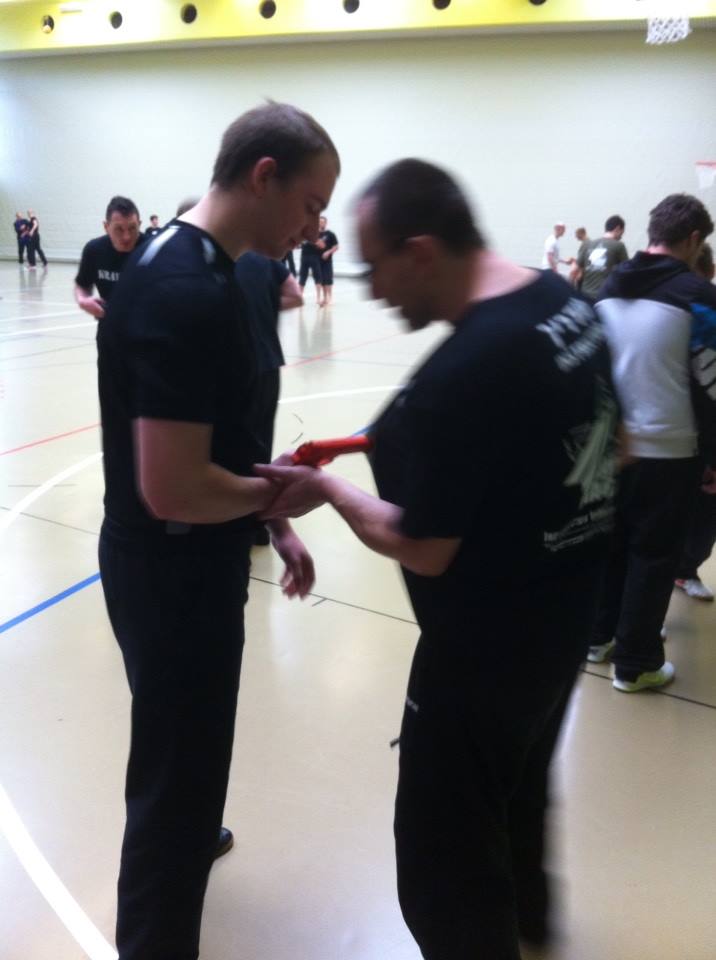 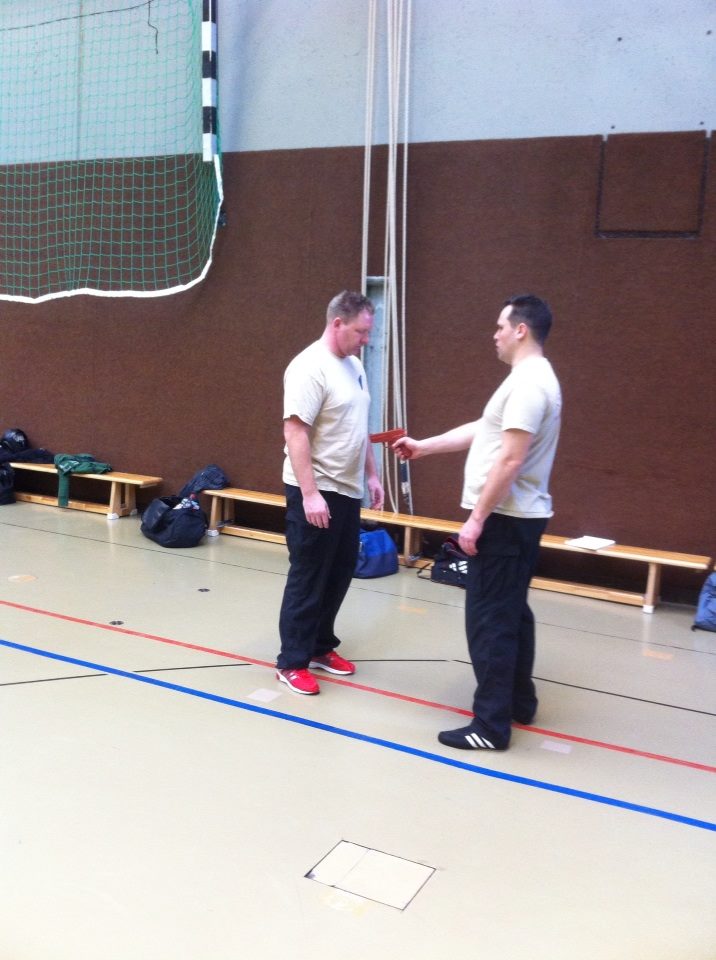 Richard and Harold from the Netherlands. 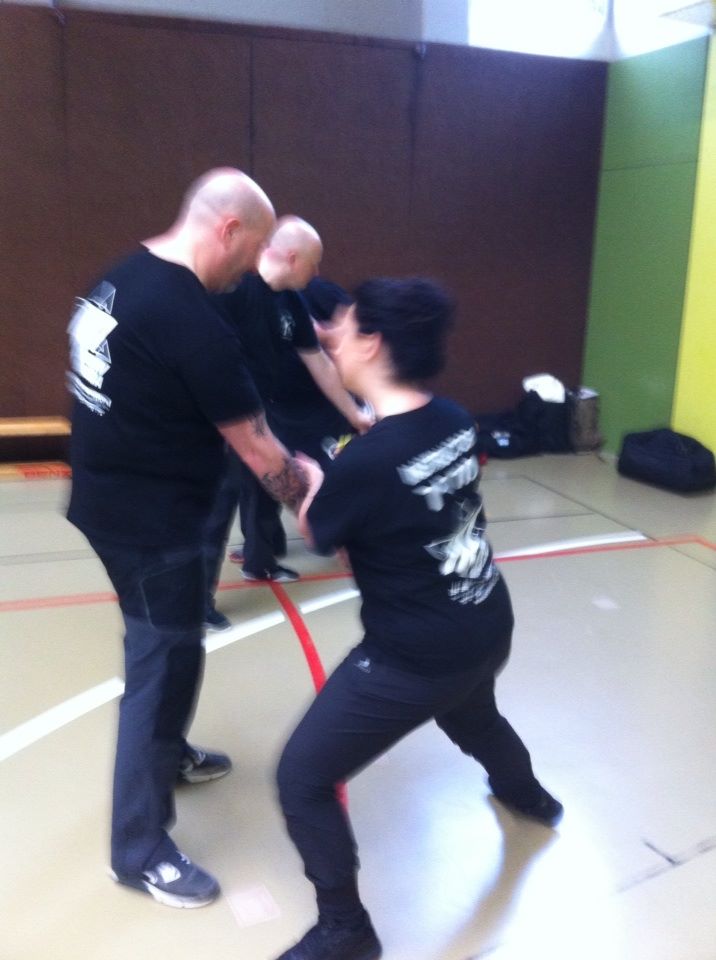 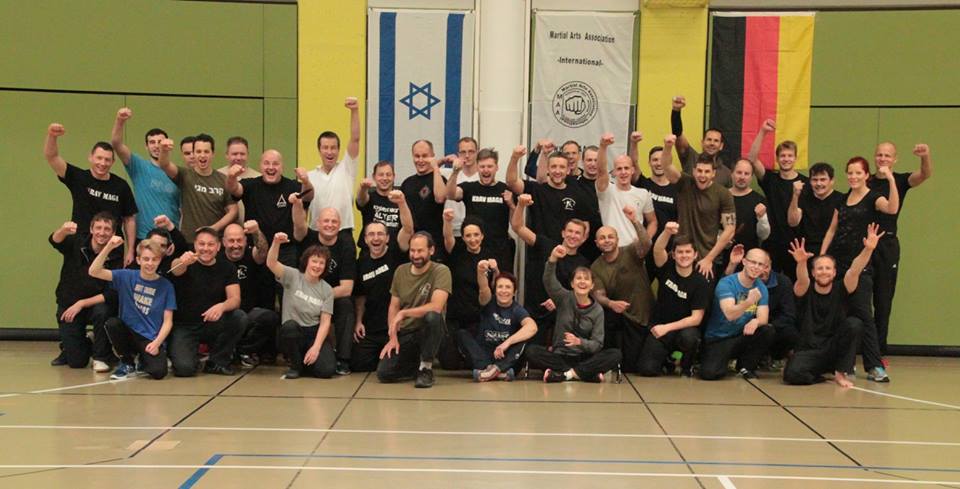 The Israeli flag next to the German flag, and ....many very happy Krav Maga students.