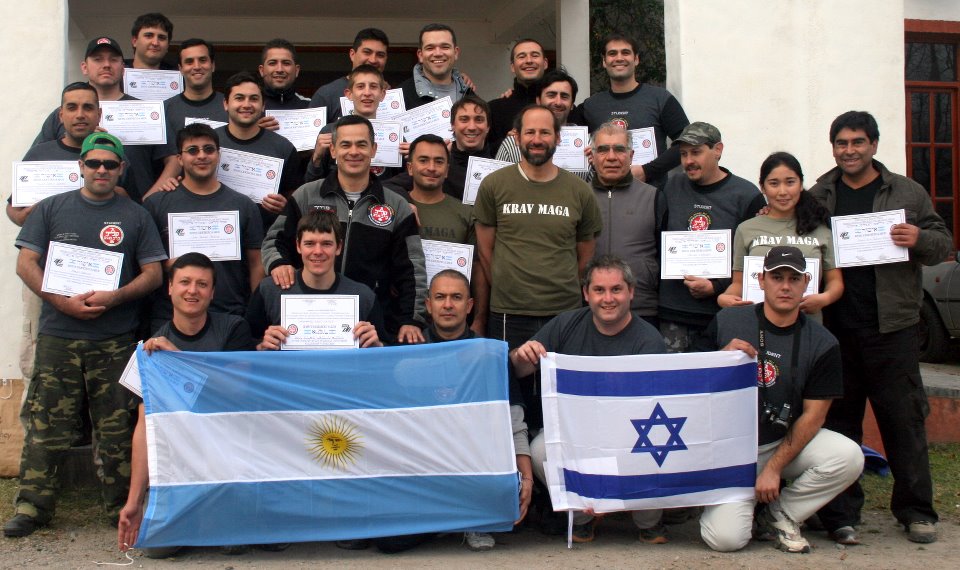 Be part of a positive crowd, IKI Argentina with instructor Jose Nacul and with special guests Yuriko and Ramon from IKI Chile.

In the far east they see the Talmud, a Jewish compilation of legal discussions, as the key to success. They say more copies are sold in Korea and China then anywhere else in the world. And none of the buyers are Jewish.

We grow up studying and living the Talmud, it is a way of life. We study, we argue, we debate and we sharpen our minds. There is nothing like it. Having spent more than eight years in academies of higher education I can safely say there is no field of study that compares to it.

The Talmud also has simple yet profound statements about every day life.

Be the first to greet someone with a Good Morning, Shalom.

Never judge your fellow man until you have stood in his place.

And, If you want to succeed, hang around those for whom the hour is playing.

In other words it is difficult to soar like an eagle when you surrounded by turkeys. (no disrespect intended towards the turkey).

Krav Maga breathes and breeds and attitude of taking positive action, not being a victim, not letting life "happen" to you. You are taking charge of your destiny, you are the initiator and the first responder.

You are around instructors and students who feel the same way. You are preparing yourself to be the one to take down the terrorist or simply fight back against a potential rapist. You are not the one whining and crying on Facebook. You are taking your life and destiny into your own hands.

Your Krav Maga club should be an atmosphere of positive reinforcement. Sadly in many Krav Maga and martial arts school it is precisely the opposite. The instructors are the bullies you feared in High School. The black belts are the football stars who put your head in the toilet during recess. You do not want to be in a place like this.

The first thing people notice about IKI Tour and Train and of our regular classes is there is no competition, there is no hierarchy. The more advanced students help the beginners, there is sharing, camaraderie and a shared purpose. This is the atmosphere we create. No one is coming here to be put down, only to be raised up. This is the kind of atmosphere we aim to create in all our IKI schools in over thirty countries worldwide. 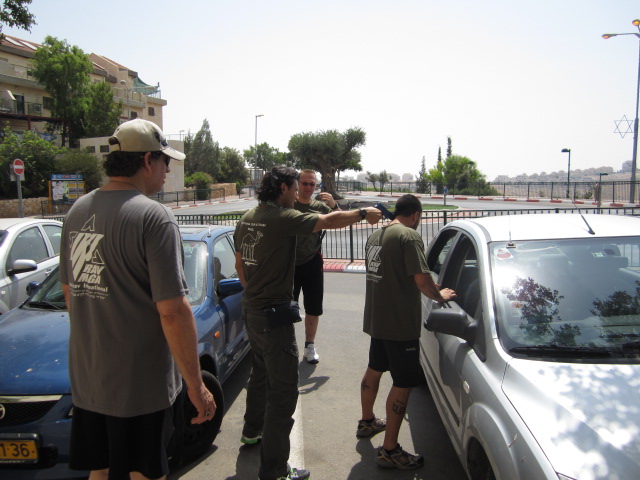 Do not be a victim. Members of Tour and Train learn to fight back against being held up outside their car.

Krav Maga is not only physical, it is mental, psychological and emotional. To be successful in self defense and in any aspect of life we need to combine all these elements. Be part of a positive crowd, and succeed!

Tour and Train Israel Experience
Be part of a positive Crowd

Tour and Train, a unique Krav Maga/Israel experience. Combine intensive Krav Maga training with touring and living Israel. Meet students and instructors from all over the world. Meet local Israelis, soldiers and civilians.

What makes Israel Unique? Analysis of the Reserve system, history of a warrior nation from the days of the patriarch Abraham to the soldiers and commanders of the IDF.

Must reading for any Krav Maga instructor or student.