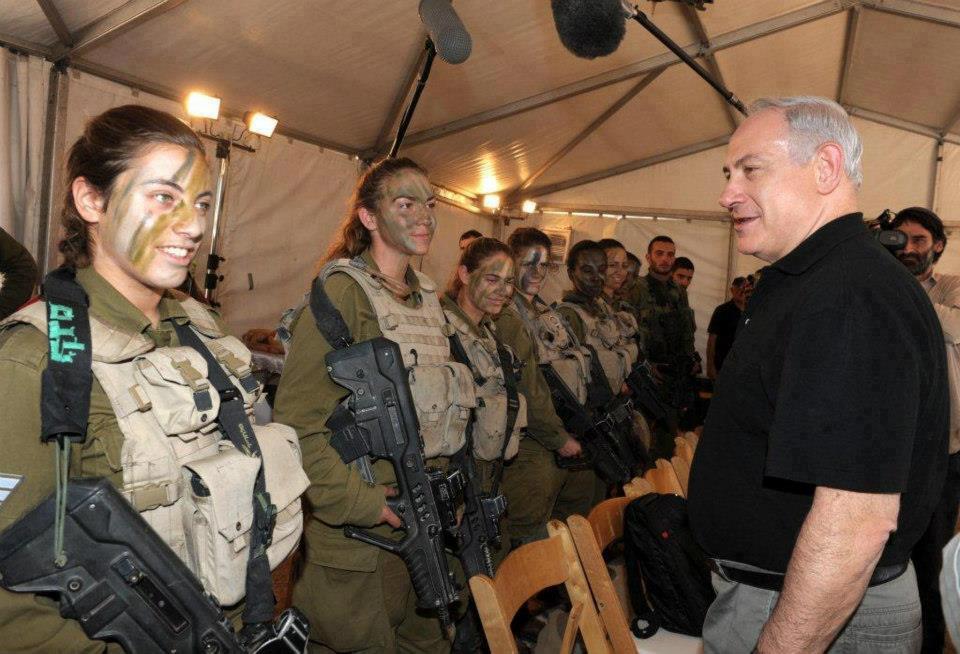 Bibi meeting with Israeli teenage girls. This is a nation that stands strong.

In Caxias Do Sul as in many places around the world, people seem to have accepted the fact that after dark the streets belong to the criminals. This affects business, people's social lives, the entire pattern of people's lives.

How tragic! I cannot imagine, God forbid, our town or nearby Jerusalem empty at night. I cannot imagine being afraid to take a walk at night. And yet people around the world accept this as a given, a fact of life.

There are those who are making a difference. Our Krav Maga instructors around the world are doing what they can to empower people, to enable every one of us to defend ourselves. But it is not enough. Individuals with the ability to defend themselves is only a drop in the ocean. We need an army, an army of Krav Maga experts, in every town, in every village.

Of course this seems impossible. After all most Krav Maga programs around the world are struggling. If 30 participants show up for a seminar we consider it a success. But there should be more, much more. We should have a Krav Maga program in every high school, in every university, in every seniors residence. We should be creating an army of confidant people who have the knowledge, ability and courage to stand up for themselves.

Individuals rising to the challenge is great, those who go out to help others but there is no way for individuals to be able to solve this problem. A few doctors getting together is not enough, we need an army!

We need an army of instructors who believe in this cause, that every individual has the right to walk freely, day or night.

We need an army of instructors who deeply believe that we do not give up on any student.

We need an army of instructors, expertly trained, who truly believe in this task.

We need an army of instructors who believe that when a young woman goes to university she should not face a 25% probability of being raped.

Yes, it seems impossible and perhaps we should give up hope right now. But in Israel our national anthem is called HaTikva, "The Hope", we are a people who never give up hope. Those who came on Tour and Train learned about Dr. Binyamin Ze'ev Herzl, a crazy man who wrote a book called Der Judenstaat, the Jewish State. He was a crazy man with a crazy dream, to bring the Jewish people home after nearly 2,000 years.

Today we who live in Israel are living his crazy dream and are grateful for "unrealistic dreamers".

Dream on but take steps today to actualize and realize and materialize your dream.

Join our team of instructors making a difference all over the world. Our system is easy to learn and teach.