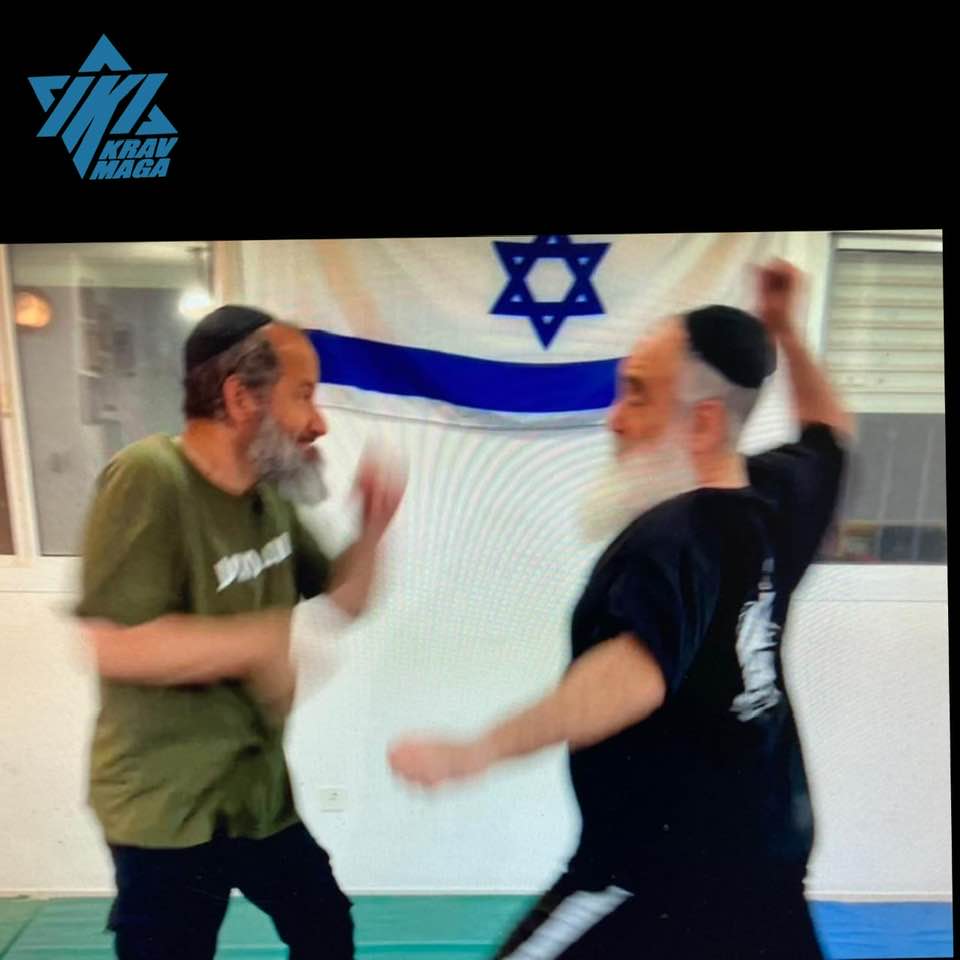 Sometimes I don't know where to begin, I have a point, but how to set out on the journey of making that point? So, I will start honestly, from the heart.

"I look at the floor and I see it needs sweeping

Of course I have selected a few lines from the classic George Harrison/Beatles song, and I am interpreting them in a Krav Maga way.

I look at the world of Krav Maga, and it makes me weep, my guitar, my soul, gently weeps, because I know that "you were perverted too", and that "no one alerted you" that these techniques are simply useless for a real-life violent encounter.

I see burly muscular men teaching techniques that might work for them in a ring, but not on the street, and certainly not for someone not of their build or skill level.

I see takedowns, grappling/wrestling techniques that depend upon great skill and the use of a great deal of force. My guitar, my soul, gently weeps, are these techniques of any value to the average person on the street, to a woman in high heels? to a man in a suit and dress shoe?

"I don't know how you were inverted
No one alerted you"

I see "KM" that is basically boxing drills where people get hit continuously, but with boxing gloves, so that no real harm is done. but these practitioners are "tough" so they take the blows (while they are wearing fully protective padded gear, in a safe ring), but what if that was not just a punch via a boxing glove, what if each of those strikes was a knife?  The answer is simple, the defender would be dead, D E A D , dead.

I see instructors, well meaning, who believe that "training hard" is the solution. So, does this mean that American football players can survive a violent knife attack? I mean they train hard; they are among the toughest athletes in professional sports. What about British rugby players, or South African bowlers (Just kidding, a little humor). Canadian ice hockey players, professional boxers. No, they are not in a better position to survive a gun threat, or a knife attack, perhaps a common street brawl, yes, but not more than that. We have recorded proof of all this, star athletes, collegiate wrestlers, killed in cold blood over a parking space dispute. Their athleticism and toughness did not win the day.

Training hard is not the solution; training smart is the solution. I see many people training hard, very violent but in the drills they are stabbed repeatedly, thankfully with rubber knives. I saw recently an Israeli "Grand master" teaching a class on stick defense, of course they used rubber sticks, everyone got hit repeatedly, but they were "tough", so they kept moving forward until they looped their arms around the attacker's arms and disarmed them.

On video the drills look impressive to the untrained martial artists, and the practitioners look tough, they are getting hit but...they keep on going. But if you think about it, these are rubber knives, or sticks, and everyone is fully padded. So while the overall effect is one of WOW, and Awe! in reality these guys are getting sliced and diced and ...killed. In the surveillance camera videos ...things look very different with terrible results.

In these training videos I see knife defenses that depend upon speed and perfect timing, two very unreliable elements.

I see gun disarms that do not use body momentum but rather use FORCE i.e. grabbing the guy's arm and yanking it hard and then doing a disarm that involves great muscular force, but even strong people will have trouble doing this as it is difficult to grab an arm in a stressful situation, let alone pull it against a resisting person, you need to be very quick, very precise and very strong to do this, again..this involves the 3 amigos.

What are the Three Amigos? It is a term I borrow from a classic comedy by that name. I take the three unreliable qualities, Speed, Strength and Precision, and call them affectionatly the 3 amigos, i.e. the 3 friends who when you need them are not to be found, they are not dependable.

When we are under great stress, the first thing to go out is Precision, thus any technique that requires precision, or precise grabbing, or precise timing, we drop.

If we rely upon strength, I feel it is safe to assume that the assailant who chooses you as his victim will likely be stronger than you.

Speed to is difficult to muster when you are stressed out. Thus, any technique that relies upon rapid hand movement, is out. We are not "as fast as lightening"

Stick defense... running in and looping your arm around them, again.... great speed, great timing, the attacker must be using a very wide angle of attack for this to have any chance. It is not realistic, not effective.

One simple analogy; Crossing the street. What are we taught as children? Look both ways before crossing the street. But what if some macho Bad Ass coach came along and said, Hey Kids, don't be whips. The way the cross the street is to toughen up. Train Hard! We start by working on your running skills so you can cross quickly. Next we work on your flexibility and mobility so you outmaneuver cars and get away before they hit you. Next we toughen you up by throwing tires at you, this will condition you for the impact of a real car. Be tough boys!

Well, which approach gives you the better chance of survival in a real situation? You have the answer.

I see drills where people hit the student over the head with pads etc...what for? if he is hit over the head with a hammer, that is it, no one can be "tough" enough to take that. I have seen experienced street fighters go down with one blow. I have even seen professional fighters hit over the head hard and go down, total collapse. How does this padded drill help anyone? other than building a certain mild degree of the feel of "getting hit". but it is not a realistic hitting.

I see videos of students fully padded exchanging blows, what does this accomplish? one stab and the person begins to lose blood, one good punch to the ribs and most people are going down, what is this padded exchange of blows going to accomplish other than making you feel good about yourself?

It is a delusion.

I see Krav Maga classes that involve doing lots of pushups, jumping jacks and other drills., These instructors are NOT certified fitness instructors, they are NOT experts on physiology and the students are not using good form. So, what are they accomplishing, nothing but "a feel good" Bad Ass Wannabe delusion.

I am not even going to address those styles that use grab vs a knife attack or wrist flip overs, it borders on the delusional more suited for a Hollywood film.

Self-defense that involves voluntarily going to the ground border on the delusional as well. I recall the words of Richard Ryan, my grandfather was a champion wrestler, my father was a champion wrestler, I have been wrestling since the age of 10, I can bench press double my weight, and having said that...I would never go to the ground in a real situation.

You would have to take into account the hard surface, potential broken bottles on the floor, the emergence of a weapon, friends ready to join in on the fight...no dear friends, going to the ground is not a wise idea in a real-life violent encounter.

Boxing against a guy who may have a knife in his pocket ready to emerge, or a gun, is also not a wise idea.

Techniques involving head rotation, arm bars, join locks...nearly impossible to execute. Even in the UFC, which is a sports event, those techniques were only used after the guy was pounded with heavy blows, beaten down with kicks and knees etc. These techniques are extremally unlikely to work on the street, and remember, there are no rules, no weight classes, there could be weapons, multiple attackers...

Using your body as leverage, unlikely when your attacker will either be larger than you, stronger, and more experienced.

I believe this must be our guiding principle. Recently one of our instructors bumped into one of our "former" students, I say "former" because a true student never leaves, he just moves away sometimes. So this student lives too far away to come for regular training but he refuses to train in another Krav Maga school. Why? His answer was...Moshe keeps experimenting, he makes sure it works for everyone, his style is not static. I can't train anyplace else now.

Krav Maga has become, as Bruce Lee, would say, a stylized mess. Today it has become a style suited only for muscular men, highly athletic women, lots of brash and flash and cash.

Krav Maga did not begin this way. No Sir. And the early instructors were not interested in sporting techniques, there were no grappling style takedowns. Israel was a young society, very fit and yet very streetwise and aware of the dangers. Defenses were simple and effective. I know people who trained in the 1950's and 1960's, they would not recognize today's YouTube international Krav Maga. One of the greatest compliments I received was when one such early student referred to me as "teaching Krav Maga the way the founders intended it". 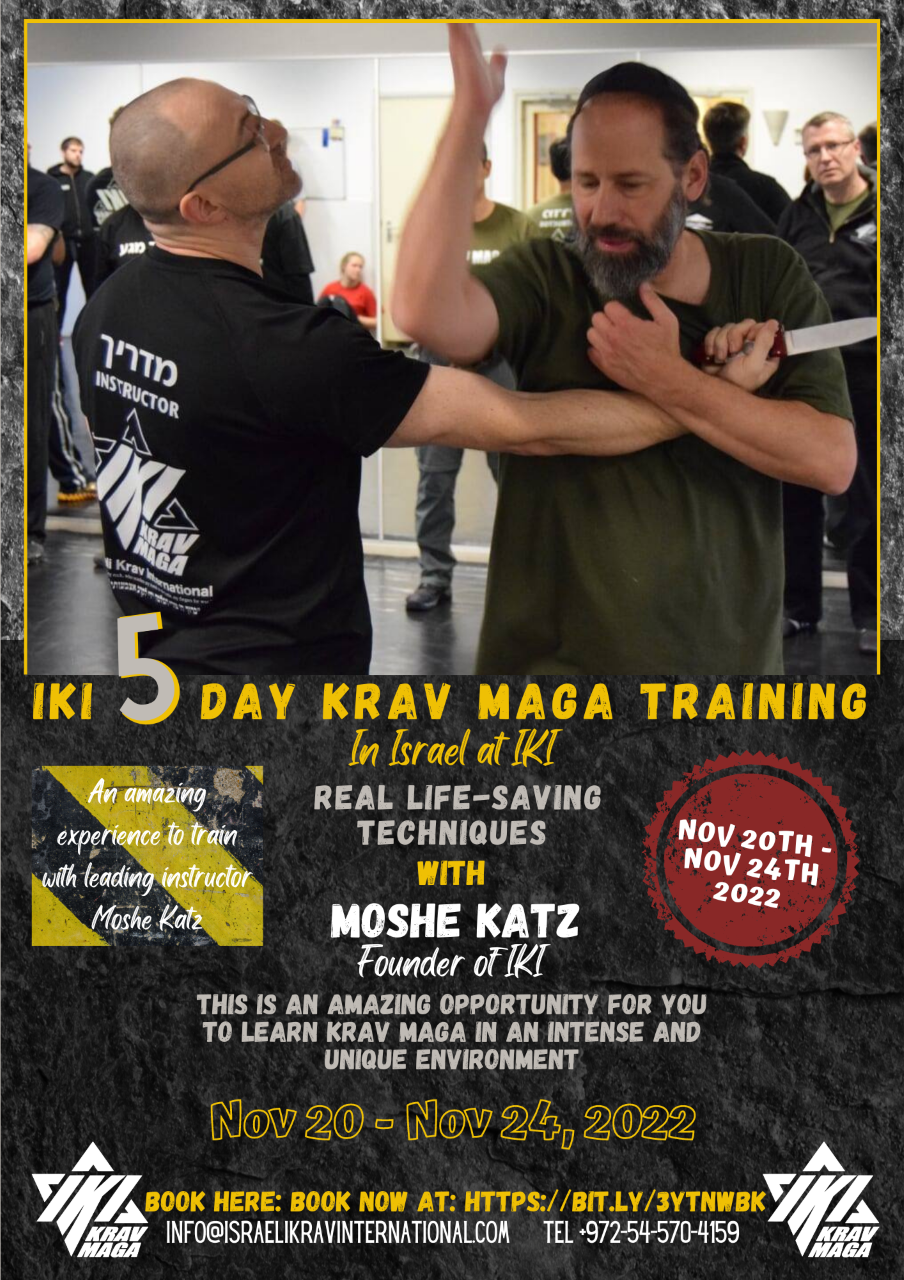