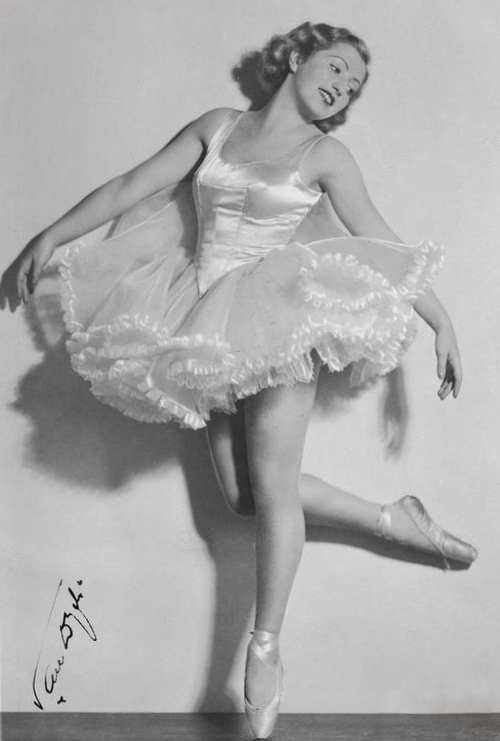 Another group of Jews have been deceived. The number: 1,700.

The details are not so clear but these "prominent" Jews have found a way to obtain foreign passports and have brokered a deal with the Devil, i.e. the Nazis. They are on their way to Switzerland, some thought they would reach South America, or so they believed. They were thinking of a new life.

They were told they were going to be exchanged for German POWs, they were full of hope.

While Warsaw's half million Jews were nearly all dead by now, gone up in the smoke of Treblinka, these few Jews thought they had beaten the devil. They were on their way to freedom.

But it was not to be.

Franceska, or Franciska Mann, was a Polish Jewish dancer. She had placed 4th in an international competition. She was highly regarded both as a ballet dancer and in other classical and modern dance forms. She was a regular performer at a famous Warsaw night club, the Melody Club. She was a rising star.

All this ended when the war began.

She managed to form connections and was living secretly on the "Aryan" side, safely outside the ghetto walls. She managed to avoid the death squads, the random killings, typhus, and the infamous deportations to the death camp Treblinka.

On October 23, 1943 she was on her way to freedom. What she did not realize yet was that under Nazi rule no Jew could be spared. Every last one had to be killed. To make the world a better place.

The women began to undress. They hesitated because their precious travel documents and passports were in their clothing. As they delayed the SS men began hitting them mercilessly.

Franeska was a beautiful woman. Even the suffering of those past few years did not completely erase her beauty, and an SS man, Sergeant Major Josef Schillinger was ogling her as she was undressing for the gas chambers/showers. He ordered her to undress completely.

What followed was nothing short of Krav Maga spirit and tactics

"Suddenly she threw an article of clothing at Schillinger, hitting him in the head. As he opened his holster, Franceska Mann grabbed his pistol and shot twice mortally wounding him; the third shot wounded a second SS man, Emmerich, who later recovered, but was disabled.

Franceska was faster then the SS sergeant. Her actions inspired the other women.

Inspired by her courage the fellow prisoners attacked the SS guards and severely injured two of them.

In the ensuing commotion the desperate women attacked the guards,
severing the nose of an SS soldier and scalping another but could not do anything against the machine guns and were within minutes shot or driven into the gas chamber."

All the Jewish women were killed, another painful, nearly forgotten episode in the history of the Holocaust. But yet, also a story of bravery.

She was all of 26 years old. Still a young flower.

Let us remember her today, and be inspired.