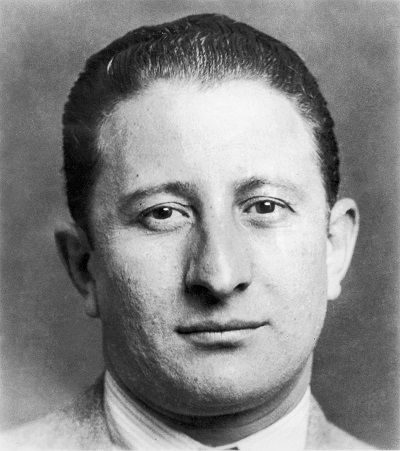 Carlo Gambino, portrait of a mob boss, head of the Gambino crime family.

Lessons from the Mob part One.

In my first article about the mob, or the organized crime movement, I pointed out the obvious; in no way do I approve of, endorse, or support organized crime. However, as the Talmud points out, who is wise, he who learns from everyone. The mobs I am referring to are the classic American mobs early to mid 20th century.

One thing we can learn from the mob is that leaders and "soldiers" do not live very long. When you live by the sword you die by the sword. Very few mobsters lived to a ripe old age in freedom. Most were killed young by rivals, police, up or coming members of their own organizations. It was an exciting but short life.

The Talmud points out that a "Blessing is only found in that which is hidden from the eye". i.e. do not boast, do not live an extravagant life style. This was certainly true of the mobsters. Modesty was not only a virtue, it was a means of survival.

Greed is a vice. Those who tried to grab too much ended up with nothing, as it is written in the Talmud, "He who has grab a lot, has grabbed nothing."

Today, however I want to focus  on something perhaps a little less obvious. Machoism, Bad Ass, Tough guy.

While many young thugs rose up the chain as hit-men, i.e. hired killers, by showing how tough they were, these were minor players. In fact they were used for their stupidity. They indeed proved themselves by being very tough but the Bosses used them as cannon fodder, the guys who did the dirty work but rarely made any real money. The young and dumb.

If you look at photos of the Bosses, the Godfathers, what did they look like? Surprisingly they were well dressed and usually a bit overweight. Many were down right fat. Very few looked tough at all, but yet, they were the leaders. How?

How did they control men, markets, money, politicians, even states? How is it that when the US government during World War Two needed help controlling the docks, it was the only the mob who could do the job? The mob was even asked to assist with the planning of the invasion of Sicily.

Mobster Lucky Luciano was nominated for a congressional medal of honor.

We have some insight into this truth. Being tough has nothing whatsoever to do with your appearance. Police detective Thomas Fuentes, an expert on the mob said, they are vicious, not at all like the movie images, vicious killers, all of them.

However referred to Carlo Gambino, it was said that he was the "smartest of them all". They said if someone insulted him, or called him a coward, how did he respond?

Did he challenge them to a fight? No, If they called him a coward, he allowed it. "He knew his true weapon was his intelligence".

When I heard this I thought, now here is a lesson for all of us. While many in the Krav Maga world try to act tough and create an image of "Badness", the real teacher uses intelligence. Intelligence will always win out. That is why Rhinos, sadly, are close to extinction, wild beasts are in the zoos and yet man, so weak, rules the world.

And one last lesson for today: Simplicity. As Bruce Lee said it is not a matter of adding something every day but of taking away. Chisel away at your techniques until they become so simple anyone can use them.