When I taught martial arts to children I was often criticized for "exposing young children to violence". We used to have movie night, I had to cancel it because no matter which martial arts movie I screened some parent screamed...That gives my kid nightmares.

Welcome to reality, welcome to the machine.

Nightmares are over when you wake up, but mankind creates nightmares that no one can wake up from. Man creates a reality that is so mad that normal people, who grew up with such caring parents, cannot fathom.

Welcome my son, welcome to the machine.

There were warnings, but we chose not to believe. We were raised to understand that human beings are "basically good", and thus we were unprepared for the Dark Side of the Moon.

Welcome my son, welcome to the Dark Side.

Hungary, 1943. a Polish Jew escapes. He reaches a synagogue in Hungary. Good Jews go to pray Friday night, the Sabbath, and bring home the refugees. Such is our custom.

The strange Polish man speaks of strange things. A young girl sitting at the table listens. Years later, as an old woman, she says, "We simply could not believe it". "we didn't believe them, we were naïve, we were far away from it."

And today "Holocaust Deniers" in fact say just that, it simply could not have happened.

But it did, Welcome my son, welcome to the Machine. Welcome to Hell.

A train comes, it is not a passenger train, it is a cattle car. Why are we being loaded into a cattle car? must be because it is wartime, all the regular trains are in use for the military.

We arrive after a journey of 4-5 days, the doors open. "Where are we? The people ask. Someone reads the sign...

The woman says, "a very strange name, Auschwitz, no one knew what this meant.

"Suddenly I remembered the stories from the man from Poland."

But by then it was too late, she and her family were already at Auschwitz. As Tom Lantos said, "the dark side was becoming more obvious."

The Jews of Hungary did not heed the warning. When they woke up to a Mad Man's Hell, it was too late. Within months a community of hundreds of thousands would be annihilated, with few survivors. My mother's family were living in Hungary, only a remnant of the family came out alive.

Where is God? asked one Jewish inmate. And a Polish Jew responded, "God is where your strength is".

There were warnings but the people did not believe them.

There were eye witnesses, but they were dismissed.

There were opportunities to escape, but for the most part they were not taken.

And we blame God.

If not...Welcome to a Mad Man's Hell! 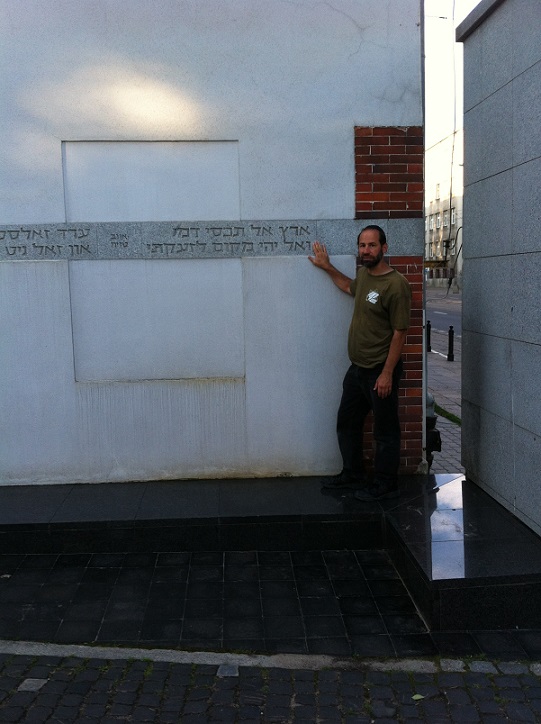 Along this path of suffering and death over 300 000 Jews were driven in 1942-1943 from the Warsaw Ghetto to the gas chambers of the Nazi extermination camps.