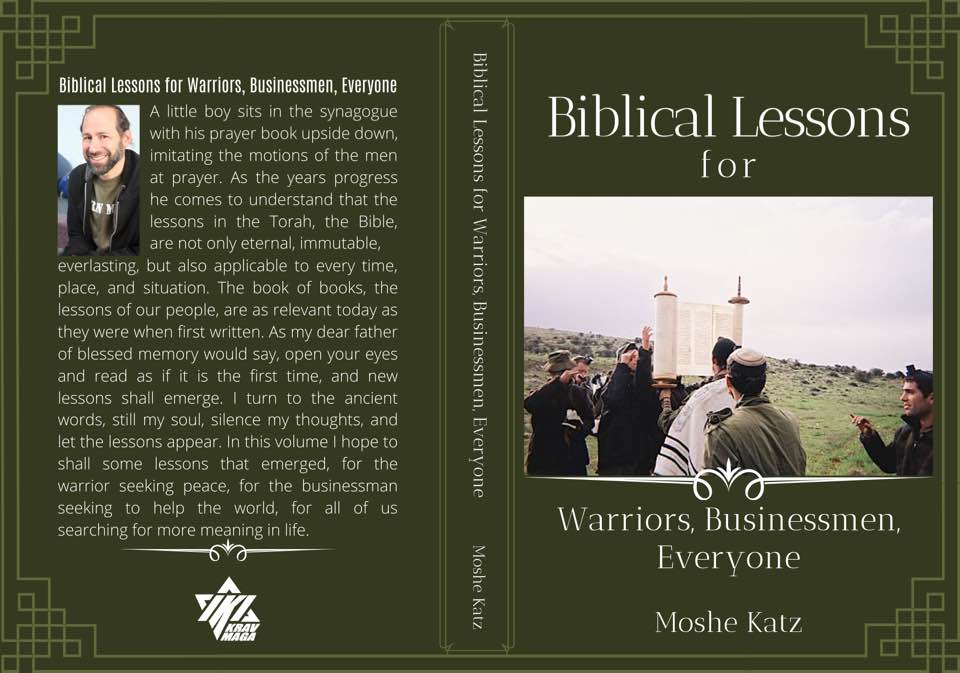 The lessons from the Bible, the Torah, are endless. This morning I received an insight from Rabbi Y. Katz.

Our town has two chief rabbis; one for those descended from Eastern European Jewish communities, and one for those of Sephardic of "Spanish" descent, these include all the countries of the Middle East, Spain, the Iberian Peninsula and their descendants worldwide. And yet we are one people. I pray at a synagogue of Yemenite Jews but this morning we had the privilege and the pleasure of hosting Rabbi Yehushua Katz, the chief Ashkenazi rabbi of Maaleh Adumim.

We read in this weeks' Torah portion, "And God appeared to him (Abraham) by the terebinths of Mamre, as he sat in the tent door in the heat of the day."(Genesis, Bereshith, Chapter 18, verse 1) The Biblical commentator Rashi, Rabbi Shlomo Yitzhaki, (France 11th century) writes, "God appeared to Abraham, to visit the sick, Rabbi Hama son of Hanina said it was the third day after his circumcision (which is the most painful time) and God came to see how he is doing."

Now we need to learn a little Hebrew, the word for "to visit" is Levaker  לבקר and the word for critic, or to criticize is...also Levaker לבקר. In English we cannot see any connection between these two words, in fact they seem to be opposites. To visit a friend is a wonderful act of kindness, but to criticize is a very negative action. How can they be the same word in Hebrew.

The L or Lameth in Hebrew, is not part of the word, it is the word "to", as in "to visit", or "to critique". The 3 remaining letters, Beth, Kof and Reish, B, K, R, are the "root" letters that are the core of the word. These 3 letters mean: to overview, to see what is lacking. A critique is not really a negative action, it is looking to see what is lacking, not necessary looking to find fault. If I critique your Krav Maga performance I am not trying to embarrass or insult you. I am not trying to find fault. I am trying to find what is lacking so that I can correct you and help you improve, become a better practitioner. Now when a true friend comes to visit you when you are sick, it should not be just "Hey, how's it going?" but it should be a critique, an overview, an analysis to determine what is lacking; Does my friend need a cup of coffee, a piece of chocolate to make him feel better? Does he need another blanket or a better pillow?

The word Levaker, or Bikoreth, in Hebrew, when used to evaluate a company, means the professional who is assigned this task will analyze the company to determine what is lacking, what is going wrong, and what can be done to improve the performance of this company. So indeed this is a fault finding mission but with a positive purpose. The goal is to make the company more productive.

So we learn that God has appeared to Abraham who is suffering great pain. God wants to determine what Abraham is lacking, what does the patient need. God sends three messengers (Angels) and now Abraham is kicking up a storm arranging great hospitality and a feast for these guests. How on earth is this going to help the patient?

Abraham is not well, so God sends him three guests to attend to? Why? Wouldn't it be more logical to let the poor man rest and take it easy for a few days? Why trouble him with these guests?

Here comes the great lesson; God appears to Abraham and what does he see? Abraham is sitting, in the heat of the day, at the entrance of his tent. Abraham is looking for guests to invite in. We see in the next verse, "and he (Abraham) raised his eyes and looked" in other words, he was on the lookout for guests, for wanderers. What God saw what that Abraham was saddened by the lack of guests. The rabbis wrote that God had made it a particularly hot day so that travelers would stay home. God brought out the hot sun to make life easier for Abraham. But when God realized that Abraham was saddened by the lack of guests, that this depressed him, God changed his plan and sent three of his own guys to be the guests.

This is a powerful testament to Abraham's kind nature. But I see another lesson here.

Often we think that help consists of giving to someone in need; a hand out, a donation. We think that help consists of sympathizing, of comforting, of giving a shoulder to cry on. And of course there is a time and place to this behavior. But here we see that there is a greater help; give a person a reason to live, give a person a reason to get up in the morning. Don't give him anything but rather demand something of him. What a person needs is to do, to be needed.

There was a man, a Holocaust survivor. He survived the hell of Hitler's Europe and made it to Israel. When he discovered that his entire family had been murdered he could not longer bare to live. The story is told that he went to the roof of a building in the city of Bnai Brak and was ready to jump to his death. People tried to talk him out of it, but he was determined to end his life. Others felt his pain and tried to sympathize. He was a religious man. Finally one man said, if we cannot stop you at least wait until we bring the great rabbi of this town, give him a chance. Out of respect for the rabbi the man waited. The great Rabbi Avrohom Yeshaya Karelitz came to see the desperate man. The poor man explained to the rabbi that all his children are gone and he has no point in living another day. The rabbi did not argue and said he would not stop the man from jumping, even though suicide is against Jewish law. However, would the man agree to come on a short trip with the rabbi?

The man agreed. The rabbi took him to a large courtyard, it was filled with children, Jewish children from Europe who had survived the War against the Jews. The rabbi said, these children have lost their parents, they have lost their mothers and their fathers, they are now your children, you are now their father. You want to jump? Jump. But do not say you have no children.

The man devoted the remainder of his life to these orphans, built them schools where they can study at no charge from Kindergarten through high school.

The lesson from Rabbi Katz today was not mere pity, not a hand-out, but give a person something to do, make a person feel useful.

If we take a Krav Maga perspective on this; rather than protect a person, teach them to protect themselves. Rather than build them walls, teach them how to fight back. Get a person active in a self-defense program, get them moving, give them motivation to train.