On the way home after nearly 6 weeks on the road, time to relax, or not.

As a boarded the flight I noticed all these signs about new technology and an "Emerging New World".

The idea was to show how everything is changing and soon we would have all this amazing new technology. I was not all that excited because honestly I have not yet caught up with the current technology.

But the optimism hit me and got me wondering...as I boarded my flight home.

But work never ends and soon I found myself explaining Jewish history to a group of Christian pilgrims on their first voyage to the Holy Land. And I spoke about the Emerging New World...

The new world would be different, says the ads on the wall, so much more advanced. And I thought to myself - What a bunch of nonsense, what false optimism. And I think to myself What a Wonderful World.

I recall my first day of college at UCLA. First course in Political Science and the professor asked us young people the following question: How many wars/conflicts are currently taking place in the world?

There were about 500 students in the class. We came up with about 3-4 wars we knew about.

Our professor stunned us with his reply. Today, and at any time in modern history, there are over 100 wars taking place.

Welcome to a new reality.

That was over 30 years ago and nothing has changed.

Actually things have changed a little, for the worse of course. Or perhaps it is more that the world goes through cycles. You see Professor, I am still a student.

When the Middle East and Arab world are quiet Europe erupts in violence and people flee to the calm of the Arabian world. When Europe calms down the Middle East erupts like a volcano. At times the wars and hatred are based on religious beliefs or slight theological differences.

And then those times pass the people become "Enlightened" and abandon the primitive religions. We say Thank God the age of religious wars is over and then...new wars emerge based on secular nationalism. Soon that is replaced by empires that attempt to suppress nationalism, the USSR, and "People's Republics". But then nationalism comes back and wars take place for national liberation and then religion comes back again and ...war, hatred, racism.

And I ask myself; what new world is emerging.

And the year is 2015 but it could easily be confused with the year 15 as once again we have crucifixions, be-headings, Holy wars.

If 1000 years ago a man in France "Took up the Cross" and went off to liberate the Holy Land from the non-believers with the papal promise that all his many sins would be forgiven, and off he goes to kill Muslims, Jews and also a few Christians who might have a slightly different theology, now it is the Muslim who engages in holy war.

Has anything changed other than the direction of the crusade?

What new world is emerging I ask you?

If a new world is emerging it looks to me frighteningly like the old.

And given that nothing has changed and we are still surrounded by violence - personal protection, self-defense, and Krav Maga are still vitally important to our lives.

The time is not yet ripe for laying down the sword. The time is right for signing up for Krav Maga lessons, for your sake, for the sake of your family, your community and your country.

The values we teach as part of our IKI Krav Maga program are still valid, essential for our current world situation.

Body language for self defense

Projecting confidence in the face of danger

Simple but effective self defense based on a handful of techniques and concepts that can easily be applied in an infinite number of situations. 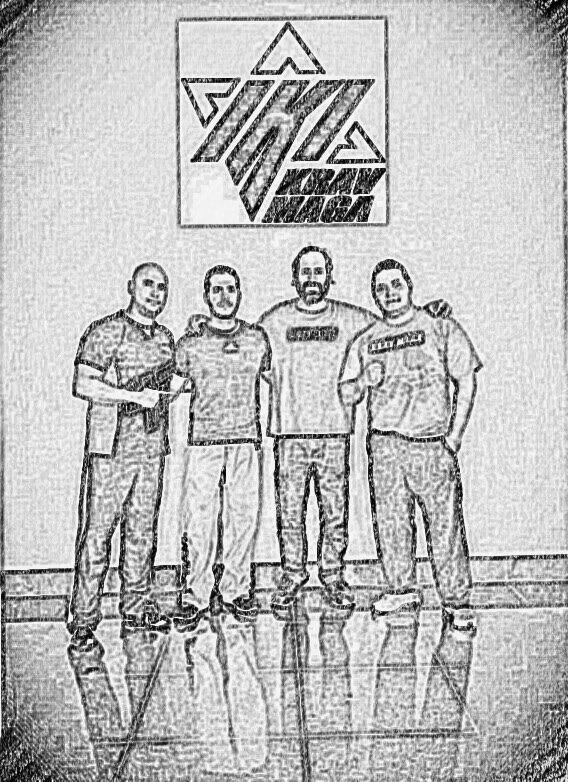