I just read a blog about a Jewish family that went to dinner and overheard another family discussing the fact that "it is well known that Jews control the Media", one of the true signs we are dealing with anti Semites, or in plan English, Jew haters.

Jews control the media to such an extent that the Holocaust never even made front page news back in the day. The massacre of my family and hundreds of thousands of Hungarian Jews was in small print and hard to find. If Jews controlled the media we would not be faced with a situation where a huge portion of the world believes the lies perpetuated against the tiny state of Israel.

The idea that Jews control the media, Hollywood, the banks or anything else is pure myth, a time proven excuse to kill Jews.

So this Jewish woman writing this particular blog was so stunned to hear such blatant anti Jewish hatred that she was frozen in silence. Her response; pay the bill and leave at once. She was embarrassed that she could not come up with any timely response and justified herself on the grounds that it was all so new and surprising. She said that now she would have to be prepared for this "New Reality".

New?? There is hardly anything older. I am reading a book about events that took place 2,000 years ago and it is full of antisemitism, from Romans, Greeks, Pagans, you name it.

I am reminded of when I was a young adult and began to assume more responsibility for myself, I remarked to a relative, "Life is getting complicated". He wisely responded, "No, it has always been complicated, but you are only discovering this now."

Hatred of Jews, racism of all kinds, is not a "New Reality" and only a blind fool can think such a thing. It is as new as life itself. As the wise man wrote "There is nothing new under the sun" (Ecclesiastics 1) and what was done that is what shall be done.

There is no new reality there are only fools who lived in denial until the old reality hit them smack in the face. Rabbi Kahane used to say "I am shocked at Jews who are constantly shocked". There is nothing new under the sun. That which was is that which shall be, we must learn how to deal with it.

Violence is here, and it is here to stay. Yes, we must work on all levels to fight it. Education matters, how you are raised matters. That is why there are "good neighborhoods" and "bad neighborhoods". It is not the neighborhood that matters it is the upbringing, the values.

In my neighborhood 3 and 4 year old children walk the streets alone and ask strangers to hold their hand as they cross the street. There is no fear. We raise our children the right way, we have created a good neighborhood.

So yes we must always operate on two levels; education and self-defense. Young drivers are taught that it is not enough to drive safely, you must be aware of all those reckless people who do not drive safely.  Prime Minister Gold Meir used to say of Henry Kissinger, "He is a perfect gentleman, the only problem is he thinks the rest of the world is also composed of perfect gentleman".

But it is not. There is evil in this world, there is great evil, there is unspeakable cruelty and we must be prepared for it. Fool yourself not: this is not a "New Reality".

Violence has been with us from the very first days, conflict has always existed. Some people choose to ignore this until it hits them directly, but that does not make it new.

It is time we all adjust to this Old Reality, teach your children well; how to behave and how to deal with those who do not behave. 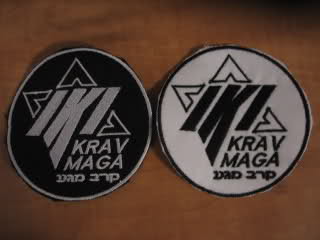 A nation that has survived against all odds for close to 4,000 years. Get the full story.