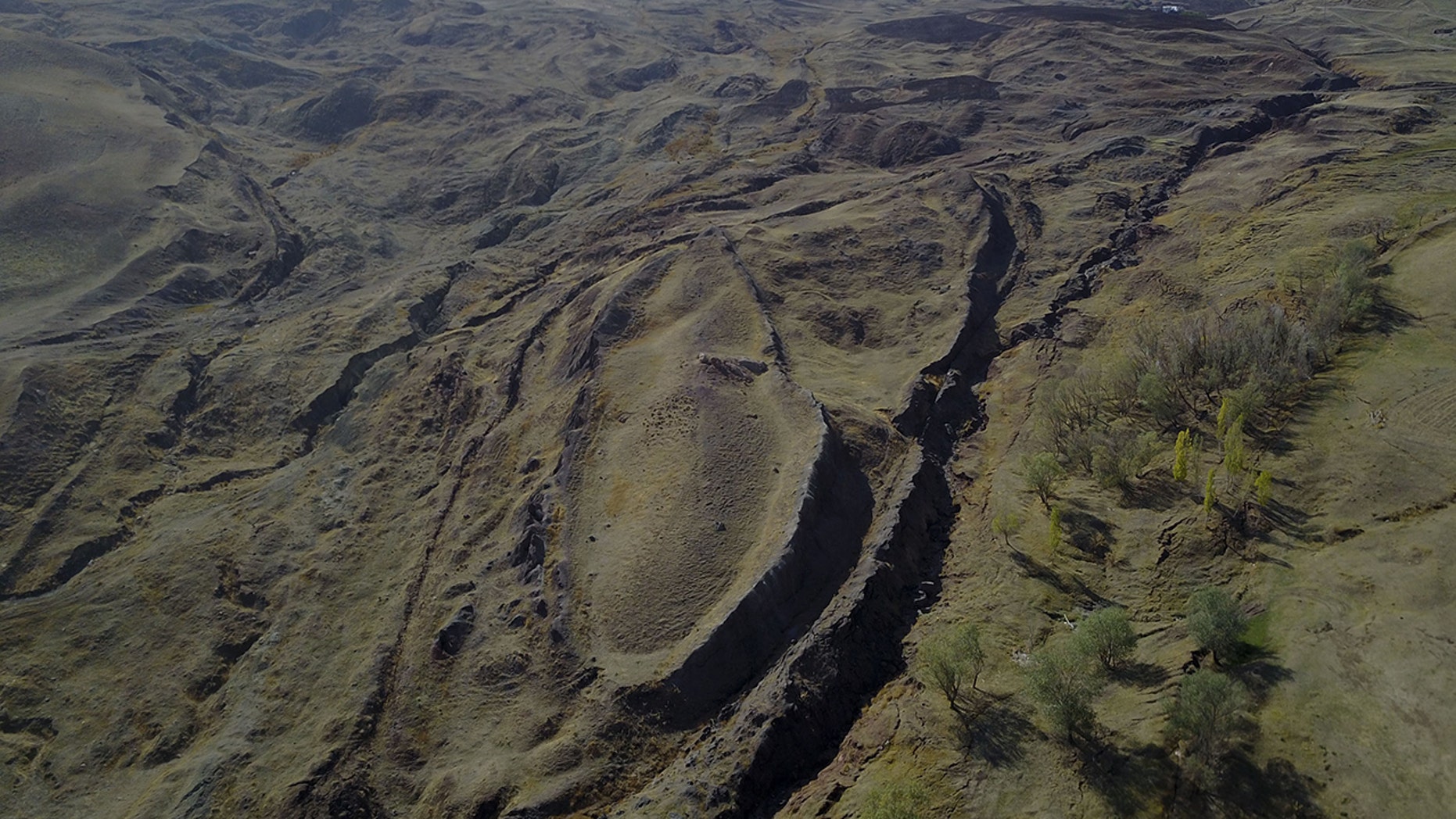 Mount Ararat, a possible indentation of the legendary Noah's ark. 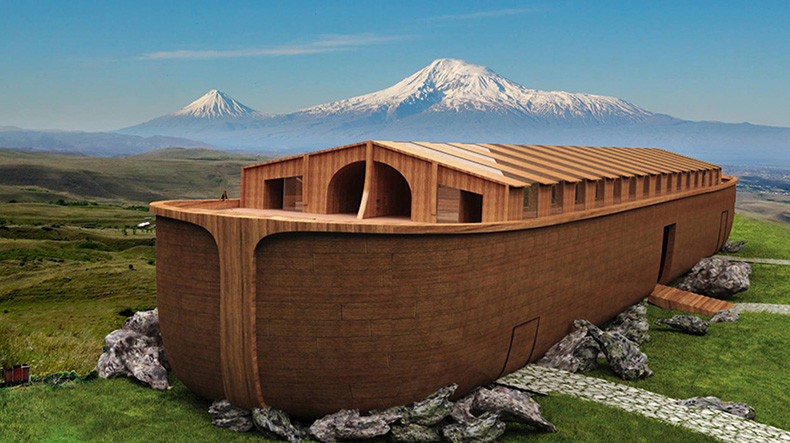 An illustration of Noah's ark

"And the waters receded from upon the earth gradually diminishing, and at the end of 150 days the decrease was visible. And the ark rested in the seventh month, on the seventeenth day of the month, upon the mountains of Ararat." (Genesis, Bereshith, Chapter 8, verses 3 - 4)

The rabbis teach that our bodies are merely the container of our souls. We are living beings and we need a body. That is why the Jewish view is that our bodies are not our own and we are limited in what we can do with them. For example, we may not have tattoos, we may not mutilate our bodies, and we not commit suicide. Our body is in a sense, on loan, and we must return it in the best possible condition we can. In the Israeli army, at the end of one's service one must return all equipment. Thus in Israel we have the expression, "Return of equipment" which signifies the end of something. This expression is also used to say someone has passed away/died, i.e. he has returned equipment - he has returned his body and soul to his Maker.

Our body is the utensil that contains our soul, which is who we actually are. Now sometimes our soul is tormented, sometimes we go through very turbulent and troubling times in our lives. The word turbulent is also used to describe a violent sea or ocean, a turbulent sea is one that tosses and turns its passengers, very unpleasant. One may become sea sick.

Let us now take a deeper look at the story of Noah. From a historical point of view this is a story that stands the test of history, archeology, and science. For a believer all the proof is not necessary, but for the academic researcher this is of great interest. Without going into the scholarly research I will point out the following: Every ancient society in this region has the story of the flood, occurring at the same time, only some details and names are different. The Babylonians and Sumerians use the name Gilgamesh (written in the Epic of Gilgamesh, in Akkadian) Another version has Atrahasis as the hero, also written in Akkadian. There is even a slightly different ancient Hebrew version that was found at Masada among the Dead Sea Scrools. In addition there is archeological evidence; the mountaintops were at one point covered with water and sea life, fossils were found. There is also substantial proof that the remains of the legendary ark were in fact found in what is today Turkey. I am not presenting here a scholarly work on the truth of the story, rather just some background.

The Torah, the Hebrew Bible, according to our tradition, can and should be understood on many different levels, on many different vibrations. There are hidden messages that appear to us as they are needed. What one soul discovers is not what another will find. As the Talmud says, "Turn it and turn it again, and you will find everything in it."

So I woke up after a troubled and turbulent night, tossing and turning and finding no rest for my troubled soul. And then I began my usual reading of the weekly Torah portion; this week it will be the portion of Noah and the flood. And I read it, again and again, and again, reaching a meditative state. Wa tonoch ha teva ba hodesh ha shvieei, be shivaa asar yom la hodesh, aal horei Arorott. (And the ark rested in the seventh month, on the seventeenth day of the month, upon the mountains of Ararat).

And suddenly I felt an intense relief; the building up with the story of Noah is intense, we start with the people being evil, hurting each other, creating a very bad society full of thieves, criminals, unnatural behavior. The people will not change their ways, they have corrupted their very nature, their nature becomes evil, the exact opposite of what it was meant to be. the new norms of society are decrepit and disgusting.

God warns the people, God instructs Noah to build the ark, the rain comes, forty days and forty nights, can you imagine the tension? the fear!  It feels like the world is coming to an end. It seems like there is no end in sight. The rain is endless, night and day it comes down on the wooden vessel. Not a break, not a ray of light. The people and the animals must have become very restless, cabin fever of the worst kind. Everyone stuck together.

Will this ever end? Will we ever be allowed out of this stinking ship? Will we ever see the light of day again? Will our lives ever return to normal? We are tormented. (like in our times with Corona lockdowns).

All of life is destroyed, man and beast, plants of all kinds, and only the few survive...

and then...WaTonoch...and the great ark came to a rest, it is all over, the torment and the turbulence has come to an end. Peace and hope have returned.

Our souls, often times tossing and turning, like in a never ending turbulent sea, like on Noah's ark, wandering the water covered earth endlessly, waiting, hoping, to see dry land, to feel the sun again; A ray of sunshine, a ray of hope...

and the great vessel finally came to a rest.

I see this as a profound lesson in life. The 150 days at sea were a terrible ordeal, a terrible strain on relationships; all crowded together, with the responsibility of taking care of all those animals. No new food supplies were coming in.

We all go through turbulent periods of our lives, but the storm will pass...and the ark came to rest on the seventh month....

We are all in our own ark in life, and we all have our seas to navigate and sometimes they are turbulent. And then we reach a resting point..

but this does not end our ordeal. Where did the ark land? on the mountaintops of Ararat, in the region of Armenia or Turkey. The mount Ararat in today's Turkey is the highest peak in Turkey and the Armenian Highland with an elevation of 5,137 meters, (16,854 feet). They disembark to a new world. Everything and everyone they had known is gone. They are on an isolated mountaintop, and life must begin a new.

The next verse reads; "And the waters decreased continually until the tenth month. in the tenth month, on the first day of the month, the tops of the mountains became visible."  So even though the ark finally rested, it took another two and half months until they tops of the surrounding mountains were visible, the top of the mountain like the ray of light at the end of the tunnel. This is just the beginning.

I read the words again and again...in a meditative chant as is the custom of our people, and suddenly I feel this lesson, not thinking but feeling, it comes to me... a light goes on! Finally, after so much trouble, so much tension...and the great vessel came to a rest, it came to a rest but...on the mountaintop, the journey was not yet over, but the 150 days at sea were over, the sun shone again, the dove was free to fly and a new challenge began, and such is life, and such is life. This too shall pass.

May all our turbulences come to a peaceful end, and the ark rested...