I was going over some video clips of myself teaching or rather experimenting with a new technique. I recall already feeling confident with it.

As part of our Krav On Line distance learning program we receive questions from all over the world. The questions are about dangerous situations that no one seems to have a solution for. Our mission is to solve them.

I felt confident with this technique but I felt a need to test it, again, against as many big strong people that I could. It was a gun technique so I used military veterans and gun instructors for my adversaries. I asked them to resist my defense but not to anticipate it.

I watched three videos of myself and I noticed that each ended with me saying the words, "One more time".

Flash back, about a million years ago, preparing for my brown belt test with Itay Gil. Esther was helping me and as she said then and many times since then, "When Moshe says one more time he actually means one hundred more times". 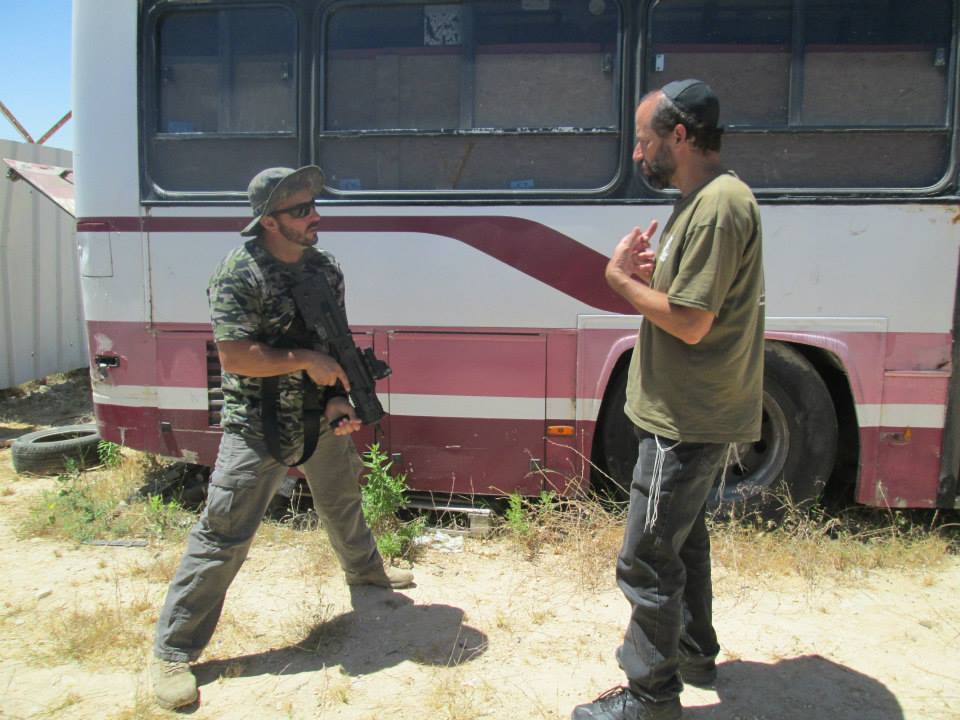 Moshe preparing to defend against a threat with the Israeli made Tavor rifle, Channel, a military veteran will be the assailant.

About a year ago I first had the chance to train for a defense vs a rifle threat with the Tavor. Ever since then fellow Krav Maga instructor and counter terror expert Eitan Cohen recalls that event, "You know what makes Moshe so good at Krav Maga, he never stops. He did not know how to handle the Tavor, it was new to him, so he worked on it again and again and again".

I was impressed that he noticed that. But that is true, some say I am stubborn, extreme, but if I am going to do something I want to do it right, in the best way possible.

Many years earlier Itay Gil noticed that same quality, "You never forgive yourself, you never give yourself a break until you have the technique down perfect".

After one of our Tour and Train counter terror session one of our American participants made an interesting comment. "I have never seen a fire arms instructor go through the drill himself, in front of the students, and ask for feedback. Most will prefer not to risk a poor performance and embarrassment".

I send out the video clips "raw", I try new situations of defense "live" at seminars. That is the Israeli way. If we mess up, we just say, "One more time, not good enough, we must keep training".