The day was the 25th of October, 1415. England and France had been at war, on and off, since 1337, but today something would change. It is a change we aware if and should take note of.

It was the Battle of Agincourt, 1415. Henry the 5th not only sat on the throne of England but also let his men in battle. Today would be a great victory over the French and a turning point in the history of warfare.

Throughout history major changes and innovations took place during times of war and as a result of the challenges presented by war. The first time a tank appeared on the battlefield opposing soldiers were in shock, felt helpless and overwhelmed. The first time a plane dropped bombs on infantry troops changed the rules of the game.

The rules of the game keep changing and a good player must stay on top of the rules. You snooze you lose.

The French boasted an outstanding army, well trained and disciplined. They were a force to be reckoned with.

The French army was much larger than the English. The French population was 15 million, five times larger than England of Henry the Fifth. The plague of the Black Death destroyed England and reduced its population to about 2.5 million. While exact figures are still unknown we do know that the English army was outnumbered 3, 4, or 5 to one.

English, emptied out the prisons, offered incentives and amnesty to those who joined the war effort.

The field of battle was arguably the most significant factor in deciding the outcome. The recently ploughed land hemmed in by dense woodland favoured the English, both because of its narrowness, and because of the thick mud through which the French knights had to walk

French operated in the feudal manner, calling upon the aristocrats to appear, the English paid for an army, supported them and paid them.

The French knight was a trained warrior, an elite warrior, fighting was the core of their existence.

There were rules of combat, norms, how to treat prisoners, a code of chivalry.

The French believed that only noblemen should serve in the army, to arm the plebeians would be a grave mistake. The English believed in arming everyone.

Chivalry could not overcome superior weapons and superior strategy. The men and horses were cut down in minutes.

This battle is notable for the use of the English longbow in very large numbers, with the English and Welsh archers making up nearly 80 percent of Henry's army.

It is said that 8,000 French knights were slaughtered in the first 90 minutes of battle. 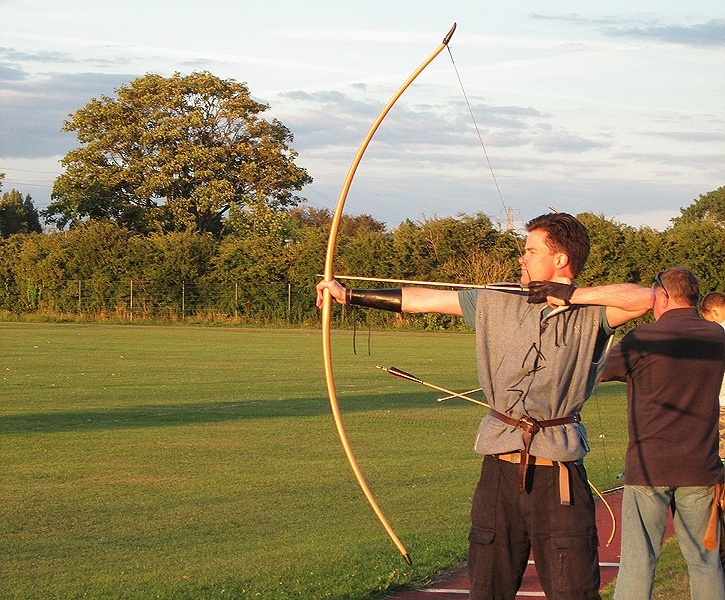 This is a deadly weapon.