Promises, sometimes we imagine that someone promised us something. A former immigrant to Israel, now living comfortably in New York, complained to an Israeli journalist. "I came to Israel with the promise of peace, and there was only war, so I gave up and returned to New York. They promised me peace."

The Israeli journalist who knows better then to believe such nonsense, shot back with, "Who exactly promised you peace?"

We are a practical people here in Israel and no one would make such an absurd promise. The journalist knew that the man now living in New York was not being accurate. The New Yorker responded, "Well, OK, so I had a belief that peace was imminent".

Now that is a different story, false delusional beliefs should not be mistaken with promises.

In fact we make sure that you have no self imposed delusions. When I was in New York I worked as a volunteer for Zionist organizations and worked closely with the Israel immigration office. There was a standard poster on the wall; a thorn garden, thorns symbolizing the toughness of life in Israel. The caption was "We never promised you a rose garden."

And yet, why do we "make aliyah", ascend to the Land of Israel?

We ascend to Israel because we have lofty goals and we are willing to crawl through a garden full of nasty thorns to get to our dream destination. We understand it will not be easy, we are prepared for the struggle because we know it is worth the effort. We are willing to pay the price.

We have waited a long time, close to two thousand years, to realize our goal, so a few thorns will not stand in our way. And no one is promising us anything but a struggle.

That fellow from New York make a mistake, he thought someone promised him something, No my friend, not in Israel. You deluded yourself. All we offer you is honesty, hard work and a struggle.

And this is why Krav Maga is a product of Israeli culture. We sell no illusions, and we make no promises. We offer you our best effort but no guarantees. We will work hard but we can not promise that you will subdue every terrorist, mugger or rapist, but you will have a much better chance for a good struggle.

Our Tour and Train Israeli experience program starts soon, already members have arrived from India and England, others are on their way from Croatia, Canada, Germany and other lands. We offer them our lessons, our culture, and Israeli Krav Maga: simple, direct and honest. But we promise nothing but our best effort.

That guy in New York did not read the writing on the wall. Literally. 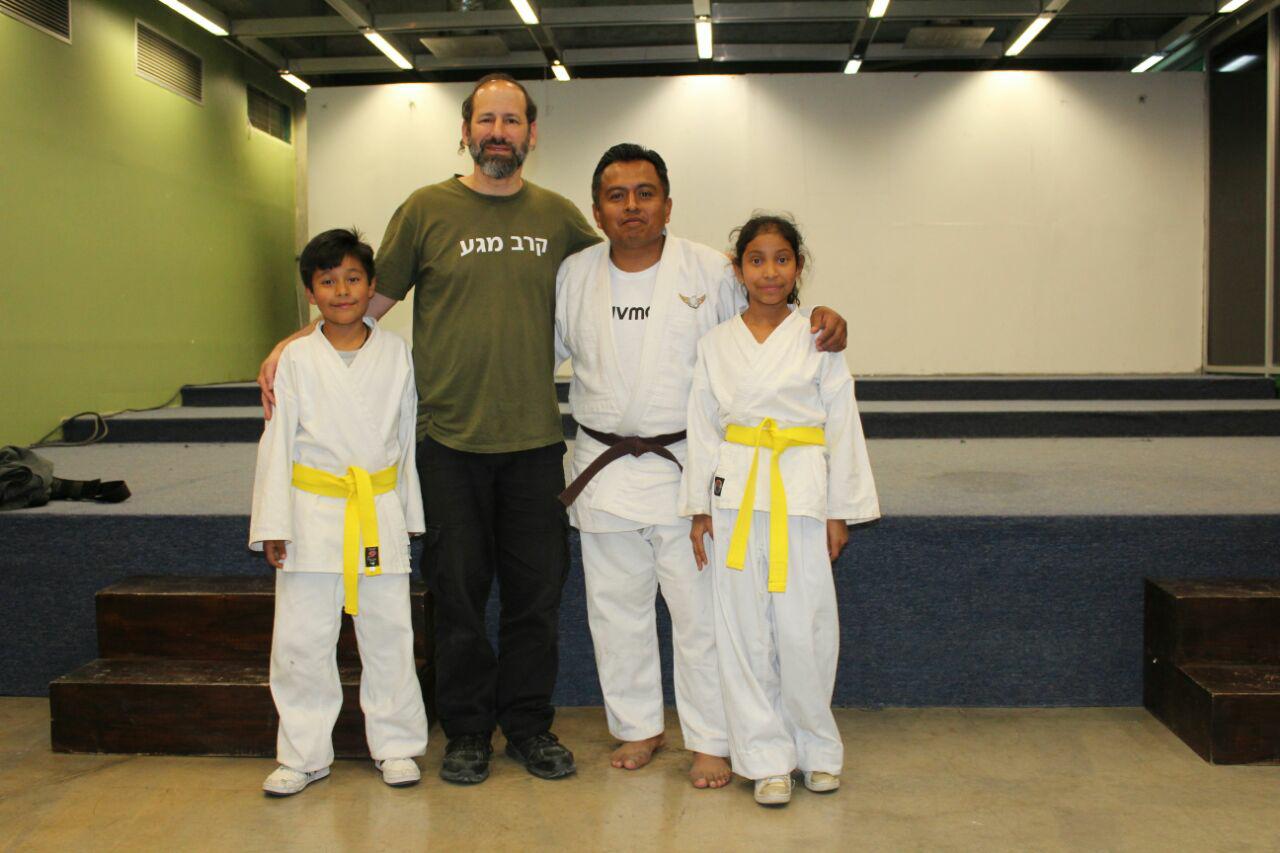 Our only promise is that we shall train these children to the best of our ability, so that they should be as safe as possible, able to deal with the challenges ahead.  (Queretaro, Mexico with Pedro Bautista)