During my travels around the USA I have often heard the phrase, "Quitters are not winners, and winners are not quitters". Well, that may not be entirely true.

Recently an undefeated female MMA champion was defeated, badly defeated. She was defeated in a way that could almost be called an embarrassment. What made it worse was she was so totally arrogant.

But this woman had her mouth running like a female version of Muhammad Ali, ..I am the greatest, I am the best, there is no one like me.

It got to the point where she was saying, "What shouldn't I be proud of myself and my body?"

Well she certainly should be proud, but not arrogant. Pride precedes a fall.

There is a huge difference between pride and arrogance. No one stays on top for ever. While you are relaxing and enjoying your victory some kid in the slums is pounding the heavy bag and picturing your face on it. There is someone hungrier than you.

Humility and respect for others is always in style. You never put yourself down by being a little humble and showing proper respect for others. And if we ever do get a little feeling of...I am super great, just remember, no one stays on top for ever. And remember that in the end we all die and perish from this earth, we are not immortal or eternal.

The Talmud reminds us ...remember from when you came, a smelly drop, and where you will end up, dust.

This should keep us humble.

Now this particular woman, after losing her fight, came out with quite a statement. A rematch was arranged but she said that if she loses, that's it, she is quitting, hanging up her gloves.

I am not here to judge her. Everyone retires at some point, that is her personal choice and I am sure she has her reasons, none of my business.

These men are role models. These men inspire us.

These men did not quit, and they changed our lives for the better.

The lesson must be that yes, we will all encounter obstacles, temporary setbacks, but we do not announce that if the next episode does not go our way we are quitting. No.

I would say some winners are also quitters, but those who ultimately make a difference are those who do not fear defeat, those who never give up.

The Jewish nation lost their independence in the year 135. We never lost hope. It took a long time, many setback, but in 1948 we reestablish an independent Jewish state.

Quitters are forgotten, but those who hang out will ultimately make the difference. 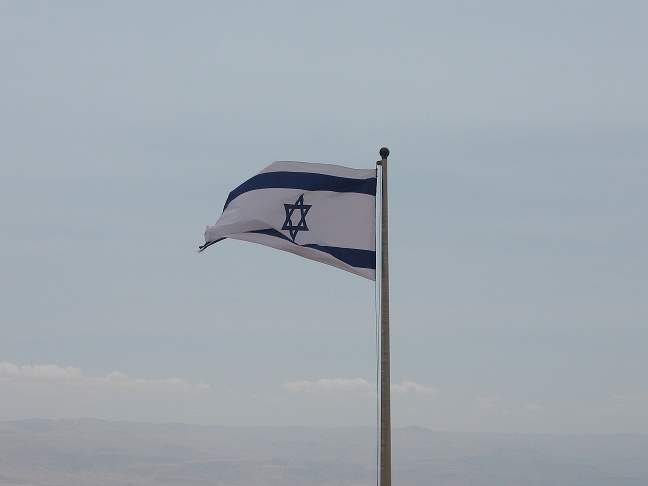 The flag of Israel over Masada. This means Do not give up.