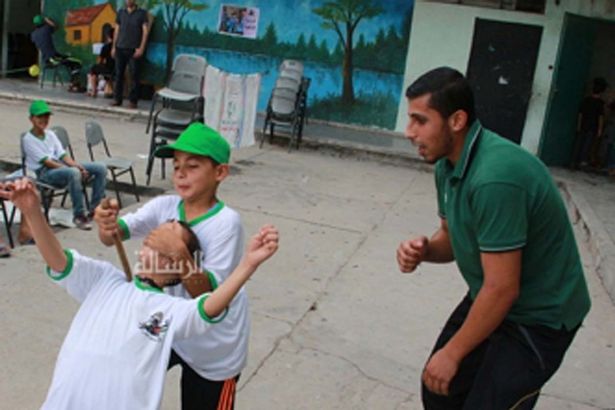 Jihad Camps: Arab children learning how to kill your children. And what are you doing about it?

This has been true since I was a child. Arab children are trained to hate and to kill. Arab math books have been found, going back to my childhood years; if you have 5 Jews and you have killed 3, how many Jews are left to be killed?

Got to give them credit for innovative teaching methods; math and ideology in one exercise. Back in those days I recall they also had children slaughtering chickens with their bare hands, again a great way to condition a young mind towards violence.

When I was a child, rabbis such as Rabbi Meir Kahane warned about this phenomenon, but Israel was strong, and the terrorists were still regarded as timid and cowardly. He warned that a new generation of Arabs is arising, one that did not know the great Arab defeats of 1967 when Israel defeated the entire Arab world in six days.

Yes, he warned. And then he was shot dead in New York City, by an Arab.

And today those chickens have come home to roost. But the world did not realize that our enemies would not stop with us, the Christian world was next on the agenda. Now Europe is being lost and we wish we had headed the warnings by the now dead rabbi.

How foolish are we.

But there is more, much more. As a Krav Maga instructor I study the case histories of the attacks in Israel. When people are attacked, they say, "I was overwhelmed", "It came out of nowhere" and similar comments.

When you are raised in a war zone, when you are raised in a death camp, you develop certain instincts. Today we can it "Street smarts". It does not mean we live a life of paranoia, but we are aware, and we are ready. This is far more than knowing self-defense "technique". Yes, this is a cliche, but it is the mindset we are after. We must developed a certain mindset in order to survive.

These Arab children are not only developing fighting skills, but they are also developing a mindset where blood, death and violence are the norm. If they are attacked they will not be shocked or overwhelmed. They are brought up in this chaos, but we are not.

So having self defense techniques is not enough. We must learn to thrive in the chaos, we must be fully aware of the reality of our world, of our lives. Parents who try to protect their children from hate and violence are actually doing them a great disservice.

In the Rocky series Rocky grows up in a tough neighborhood, at a young age he learns how to stand up for himself. He becomes a great success, moves to a "good" neighborhood and he son grows up with a privileged life style. He son does not have the street smarts of his dad. His son cannot take care of himself.

These Arab children may not yet be able to kill an adult Israeli but they developing the mindset that will make it possible in the years to come. If we raise our kids in a white bread world with sugar and cream they will be no much for these kids.

Now I do not believe in brutalizing students, and I do not believe one must be a tough guy bad ass to teach the correct messages, but I do believe that we must be mentally prepared for this evil. We are dealing here with a mindset. One can be a "tough" athlete and still be totally unprepared for the reality of an attack. A weaker opponent will easily kill him. What we must develop is a real sense of reality. We must know what is out there and how to cope with it.

I was exposed to this early, growing in Israel in the post Holocaust period, dealing with war and terrorism. We must know what we are up against. We must never be caught unprepared.

Our training must begin with a mindset, a realistic view of life. With this we must train in physical self-defense; techniques, strategy and yes fitness has its place. But without the proper mindset we have nothing. Some will call this a depressing view of life. Was Herzl depressed when he said the only hope for the Jews was to establish a Jewish state, the Judenstaat?

No, they were all realistic. The young Arab Jihad camps would not come as a surprise to them.

Remember the Boy Scout motto: BE PREPARED which means you are always in a state of readiness in mind and body to do your DUTY. 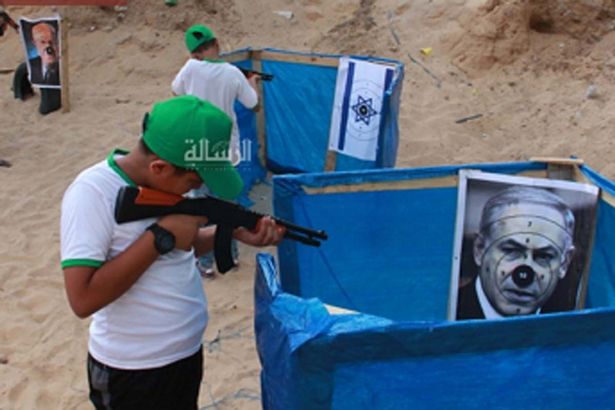 Arab children learning how to kill your leaders, what are we doing about it?