Krav Maga is about survival, pure and simple. And it should be Pure and Simple. But many schools and instructors who claim to be teaching Krav Maga are, in reality, teaching fitness, aerobics, or a form of Jujitsu.

The sad thing is they are really practicing the art of deception.

Recently I was challenged by an American student. He challenged me on a defense I was teaching vs a knife slash. My approach was one of blocking and evasion and either escape or repositioning. (pulling out a weapon, calling for backup or just getting into a better position for self defense).

He argued that although my approach was fine for small women or non athletic types a different approach should be taught for police officers or military.

Police officers and military may be defined as "protectors" but they do not possess any special abilities above those of the average population. Most have limited or no self defense ability.

He and several others argued that for some people "retreat is not an option" and they have no choice but to disarm the knife attacker.

For me this is similar to a child insisting that a car has no motor. I am the adult, I know better. But I might never convince the child.

I find it amusing but sad when I hear a phrase like, "he may have no choice but to disarm the knife wielding attacker".

Really? It sounds like, "OK, now you really pissed me off, so I am going to roll up my sleeves and disarm you".

But that is nonsense, it is not reality. You will not disarm him, you will simple get yourself killed. You are offering yourself as a sacrifice on the alter of stupidity.

Sometimes the public gets the impression that all Krav Maga instructors are in competition with each other. That is only true of those commercially motivated. I am close with all the instructors I have ever trained with in Israel and we exchange ideas on a regular basis. We are not worried about any competition. We want to save lives.

I approached some of my friends with this issue and was pleased to learn that they agreed with me 100%. Total validation. They too mocked this idea that "I now have no choice but to disarm the man with the knife".

Today one of my friends said, "The attacker is the one who is initiating this conflict, he is the motivated one, he is the aggressive one, and you think you can disarm him?!?"

The man who said this to me has more than one kill to his record, is massively built and is an expert in several forms of armed and armed combat, and that is what he says, just as I do.

He is saying that you did not plan a fight today. You were caught by surprise. The other guy is big, and angry, and aggressive and motivated and you really think that disarming him is a realistic option.

At a recent seminar in Holland I tried this out with some of my bigger students, all professional protectors; male nurse, bouncers, VIP guards, police, etc...none were able to disarm the attacker who came slashing with a knife, and these are all highly skilled professionals.

I often hear "but what if you have children around you who need your protection?"

Well dieing for them will not really help. You still will not be able to disarm the guy. You would be better off training your children how to respond to an emergency situation.

We train for reality and we train realistically. We will not sell you any Illusions, not for any price.

The point is that even then there is no "knife disarm" that you can resort to. In those situations you simply fight back with whatever you have. Your "tools" kick in. You fight the fight of your life, and you fight for your life.

I am not advocating "running away", I am advocating not committing yourself to the illusion of a knife disarm.

If you have no choice you fight back, perhaps a disarm will happen after you pummel his face in. Perhaps he will drop the knife after you punch and kick him repeatedly. We have all heard such stories.

The point is that teaching knife disarms as a realistic "option" is false in my opinion. You will get your fingers cut and you will most likely be stabbed to death.

So we advocate a block, evasive movements and if you have no choice you hit with all you've got. You may get cut 10-15 times and be covered with scars and bleeding but you still have a chance of survival. But never "go for the knife disarm" just because someone told you it will work.

I have just read your blog and felt compelled to write to you. Not something I would normally do but I felt strongly about the article, so hear it is.

I'm my opinion the comment made by your American student amounts to little more than suicide. As you may recall I am a police officer here in the uk and have previously worked as a bouncer in pubs, bars and nightclubs.  I have unfortunately encountered suspects with knives on a number of occasion. I have also had the misfortune of dealing with a suspect who threatened to kill me while slashing furiously with a knife. A very scary experience.

The problem you first encounter is the effects of adrenalin. It makes your decision making ability very difficult and it makes the suspect very strong and fast. It also gives the suspect a very very good anesthesia to pain. Add to the mix 5 pints of beer and a couple of lines of cocaine on a Friday night and the result is one hell of a problem who can resist 3 police officers/door staff trying to control them, let alone when 1 on 1.

When they have a knife those fuckers don't want to let go even when you hit them full force with an ASP baton ! Also when you try to take the knife off them they are intent on punching you in the face which fucks up even the simplest of disarms. Problem 2 is secondary weapons. Either of improvisation or concealment. Scum bag 101, if someone tries to take your first knife, stab them with your second knife. Problem 3 is that their mates often appear from nowhere and help to give you a kick-in and turn you into a dead man.

In the training hall strikes and locks cause pain but in real life this does not always stop attacks.  When the shit hits the fan the only thing you can rely on to stop the attack is incapacitation. Be it knock out, Tazer, incapacitate spray or a firearm. Either that or retreat and run. People fight on with broken fingers, noses and limbs. I know!

I do understand what the guy is saying about "Retreat is not an option for some" ie: for LEO, but this does not mean a disarm should be the next choice. I'm my opinion the disarm is a result of me hitting you in head so hard and so many times you get knocked out and you then drop your knife. Not some ninja rubbish disarm.

I still go by the 3 E's for knife attacks.

3) Engage and escape/equalize/eliminate the threat.

No where is there a D?

I don't know if your American student has ever seen a real knife wound but it really makes you realize the danger of the situation. Often students train, they become fairly proficient at knife defence in the training hall and get a false sense of security. They lose fear for the knife. They then feel that given the situation they would like to test out their skills for real rather than defend and escape.

Crazy, what they forget is that we must be lucky every time the knife comes towards us, the attacker only has to be lucky once. Who has the best odds for success? Its a no brainer, so why play against lady luck and stick around?  Would you gamble all of you life savings on odds like that, most people would not. If you do, then as they say a fool and his money are easily parted and Immortality is the condition of a dead man who does not believe he is dead.

With regards to his comment that your approach was fine for small women or non athletic types but a different approach should be taught for police officers or military. That is rubbish. Top of any officers list is to go home at the end of a shift, not to be bragging about taking a knife off a suspect. All officers would defend the initial attack and then transition to a more dominant option. Why would I try to take the knife off you when I could just then make space and tazer, gas or shoot you?

The reason I came to IKI was because of the reality of it. I brought an Itay Gil protect DVD and had an eureka moment. From there I then found IKI and knew this was where I wanted to be.

Love the blog's and look forward to reading them.

P.S. Sorry for swearing in my rant

Real life is not the place to find out you were wrong!

Sir Winston Churchill the British prime minister during World War II once said; Men often stumble upon the truth, but most of them pick them selves up and hurry off as if nothing ever happened.

The fancy stuff, the flowery stuff, the high spinning kicks and origami ninja disarms, The ego!

You and I both know the truth. We did not hurry off looking for something more elaborate. It's the simple stuff which works in real life. 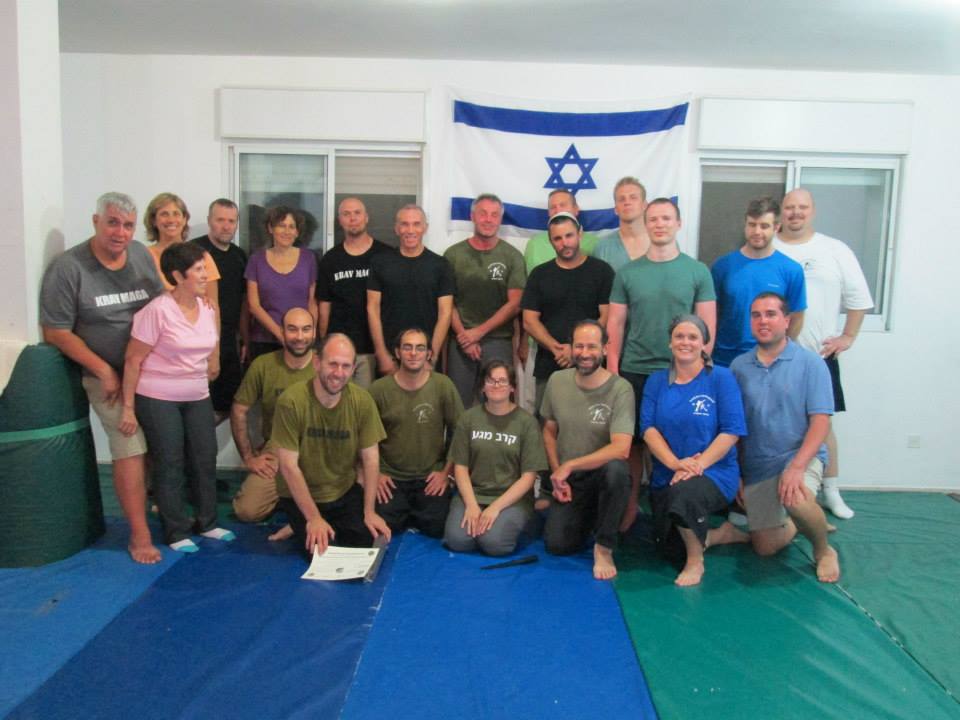 For beginners or advanced, for students and instructors, this will change the way you view self-defense, take your abilities and confidence to a new level. Learn the Israeli mindset and way of survival.