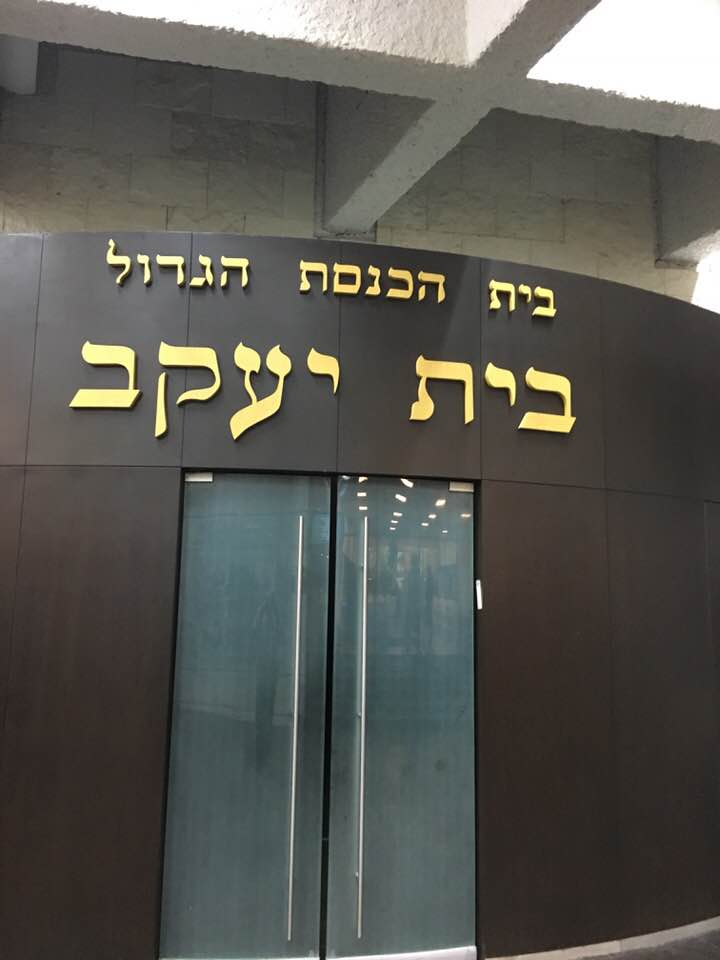 As fate would have it I had the good fortune to find myself in a synagogue in Mexico. Amidst a hectic Krav Maga touring schedule, forces beyond my control landed me in a wonderful synagogue in the area known as Tecamachalco.

The rabbi was from Israel but spoke to the group in Spanish. Later on we had a chance to chat. Shai, as he preferred to be called, was discussing an apparent contradiction in the Torah. On one hand we believe in truth, and truth cannot be doubted or divided. Either something is true or it is not true. Something either happened or it did not happen. Truth is not a matter of opinion and you cannot vote on the truth.

On the hand the Torah instructs us to follow the majority of rabbis.

Thou shalt not follow a multitude to do evil, neither shalt thou bear witness in a cause to turn aside after a multitude to pervert justice. (Exodus, Chapter 23, 2)

The Torah is saying not to follow the majority in cases where this leads to evil but the rabbis understand this to mean that in cases of good, when legal experts are deciding a case, one is obligated to follow the majority decision. The Talmudic discussion on this topic is rather complicated and discusses issues such as how much of a majority is needed for various cases; matters of life and death, financial disputes etc. But the principle is established that one must follow the majority, assuming we are dealing with righteous rabbis.

Now the rabbi in Mexico raised an interesting question; on one hand we say truth is absolute and cannot be compromised. On the other hand we are told, other than cases of evil, to follow the majority. How can we reconcile the two? Isn't this an apparent contradiction?

In other words are we saying the majority decides what the truth is? How can that be if truth is an absolute value? How can truth be decided by a vote? It cannot be so.

The rabbi answered that in fact what is being decided here is not the truth but the current reality. The majority vote is a reflection of the current reality and not necessarily an absolute truth. We live in a world of perfection and imperfection at the same time and our actions must reflect this truth and reality. The decision the majority of properly trained righteous rabbis have reached is the correct one to follow at this time because it is a reflection of the current reality and thus is the best decision for now. In the future things may be different.

Compromise and adjustment are part of our reality and the truth. This flexibility is embedded in our tradition from the very start. We are told not to enact rules that the "majority of the population cannot handle" as this would simply make them all official transgressors.  The truth contains flexibility and compromise. Thus the majority rule is not a decider of absolute truth, and the dissenting votes are not a "untrue" or wrong. The majority vote is simply a reflection of the current reality.

I immediately saw the Krav Maga application of this Biblical and Talmudic concept. Certain techniques may be "truth" , i.e. they are good techniques, they are effective, they are powerful. However they do not reflect the current reality. They may be "Truth" for ancient Rome where a man devoted 25 years to the military. They may be true for a Greek gladiator or a Spartan but they do not reflect the reality of a 21st century working man or woman. We vote against these techniques because they are not realistic for our here and now. They require too much time, too much training, or a brutality that is not natural to most of us decent folks. We will not be ripping out body parts or gouging eyes. Our Krav Maga techniques must be a reflection of our current reality just as the rabbi said. And that is the plain truth.

All blogs now available in "Footsteps from Judea", the collected blogs by Moshe Katz.