Return to yourself
BY MOSHE KATZ
CEO
ISRAELI KRAV INTERNATIONAL 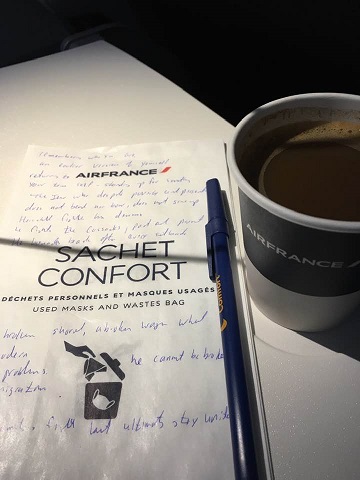 Writing the blog on the plane, good use of time. 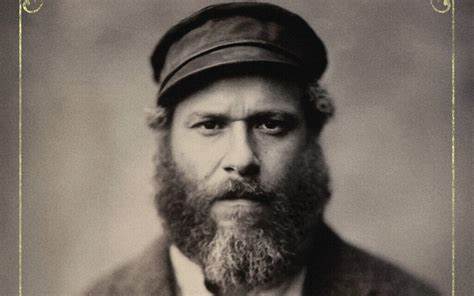 Seth Rogan as Herschel Greenbaum, a fictional but real character...

There are few movies on the plane these days that interest me but I found one, "An American Pickle". Although it is a comedy I found some great lessons within. The story concerns a Jewish immigrant from a Shtetl (little Jewish village) in Eastern Europe who arrives with his wife, penniless, to Ellis Island in New York. The year is 1919 and this is very similar to my own family history. I could relate and I felt an immediate connection. No privileges other than the privilege of working hard. He is treated harshly by American immigration but as he says, "Compared to the Cossacks back in Europe, Americans very friendly" as they tore Jewish families apart.

In my own family my uncle Philip of blessed memory was nearly sent back to Poland for having rickets disease.

Our hero, a Jewish ditch digger named Hershel Greenbaum, is full of optimism. His only possessions are his good attitude and his Jewish faith, which he will not abandon. Whether facing Russian Cossacks or American opportunities, he remains true to his faith. As the plot develops he finds a menial job in a pickle factory. He falls into the vat of brine and is accidently sealed up, for 100 years. Yes, this is fiction, but the values are real.

100 years later a chance game by two Brooklyn boys leads to opening the vat and Hershel remerges, 100 years later but still the same age. He is saddened to discover that his dear wife Sarah passed away 80 years earlier and the world that he knew is gone. However he regains hope when being told that a blood relative has been discovered, his great grandson, Benjamin, or Ben Greenbaum. The two meet and embrace.

The great grandson looks just like his elder but his values have changed. He is a non-affiliated disinterested Jew, he has forgotten the ways of his people, he does not even recite the traditional mourners Kaddish, the prayer for the dead, for his deceased parents and grand parents. Herschel is deeply disappointed; what has become of his family? is this the American dream?

But Hershel, by his own life, will remind Ben who he is, who he was, and what he should be. Life has purpose! The film, to me, is about remembering who you are. It is symbolic that both Herschel and Ben are played by the same actor, a Jewish man called Seth Rogen. They are the same, but different versions of the same man, one has retained his values and his Jewishness, while the other, while a good person, an ethical person, has forgotten who he is. The young Greenbaum has forgotten the values of his tradition, but the elder Greenbaum will remind him, slowly.

The earlier version of himself has returned to help him return to his own true self. The real Herschel Greenbaum knows how to stand up for himself. He is a Jew who despite poverty and persecution does not bend and does not bow. Hershel never gives up. He fights the Cossacks past and present, he sees violence and hatred as givens in a harsh life, one must learn to live with a harsh reality while remaining a peaceful person. He bounces back after every setback.

The film begins in Eastern Europe in a poverty stricken Shtetl called Slupsk. Herschel is shoveling, and the blade falls off, then splits in two, so Hershel continues using his bare hands, but he gets the job done without complaining. He sees God and miracles in everyday events as he meets his beautiful Sarah. Their conversations, their dreams are in Yiddish, a language nearly wiped out by the Nazi era.

In America Herschel works hard and eventually saves enough money to purchase the Greenbaum family plot. Life is looking good as his wife becomes pregnant, but then the accident with the vat happens and soon it is 100 years later. Herschel is heartbroken to discover that his wife has passed but he finds her cemetery only to discover that it is neglected and being used for billboards. While Ben gives up with a "there is nothing that can be done", Herschel vows to earn the huge sum of money necessary to buy back the land and provide for the proper upkeep of the graves. Tradition!

Herschel does in 2019 what many Jewish immigrants did in the early 1900's, he gets a pushcart and becomes a peddler. He goes into a "Jewish business", making pickles (this is historically accurate). He is not troubled by obstacles such as; he cannot afford to buy cucumbers, he has no source of water (he uses rain water), he has no bottles (he uses recycled bottles and jars of different sizes). Many great businesses of today can trace their origins to Jewish immigrants in the poor neighborhoods of New York; peddlers pushing their pushcarts.

Ben initially wants to introduce Herschel to the ways of the new world, but soon it is Ben who is learning from his living ancestor. By a series of events he ends up ...where he started, back in the shtetel, back in the shul, the synagogue. At first he does not remember the prayers but soon his lips start moving, soon he is honoring his ancestors with the mourners Kaddish, the prayer for the deceased. A calmness overtakes him, in a way he is back home, back to being himself. He is reminded who he is.

Perhaps this is the lesson; the gruff rough physical laborer, the old Shtetl Jew, the man who his not afraid to clean the filth off his wife's grave, to dig with his bare hands, to work, is setting an example for the younger generation. His hands are dirty but his mouth is clean as he speaks daily with God.

At this time of year as we approach the Jewish holy days, the days of repentance, I find this movie very appropriate. We need to stop and think, remember who we are and where we came from, remember that a setback is not a death sentence. We need to remember that even after a hundred years we can start over, from nothing, get a pushcart and start pushing.

Herschel Greenbaum, the fictional but very real character, born into hardship but ready to endure, never gives up, does not know the meaning of giving up. We have a great deal to learn from you.

To give this a little Krav Maga spin; how many are ready to quit when they experience failure and setback? How many have trouble during the lows? We must endure if we wish to achieve our goal. Herschel had the American Dream, if your dream is to be able to defend yourself, to be recognized as a black belt, as a master, never give up. Get down on your knees and clean the sludge. Dig with your bare hands if you have to. Smile at the wind and talk to God. May this be a great year ahead.