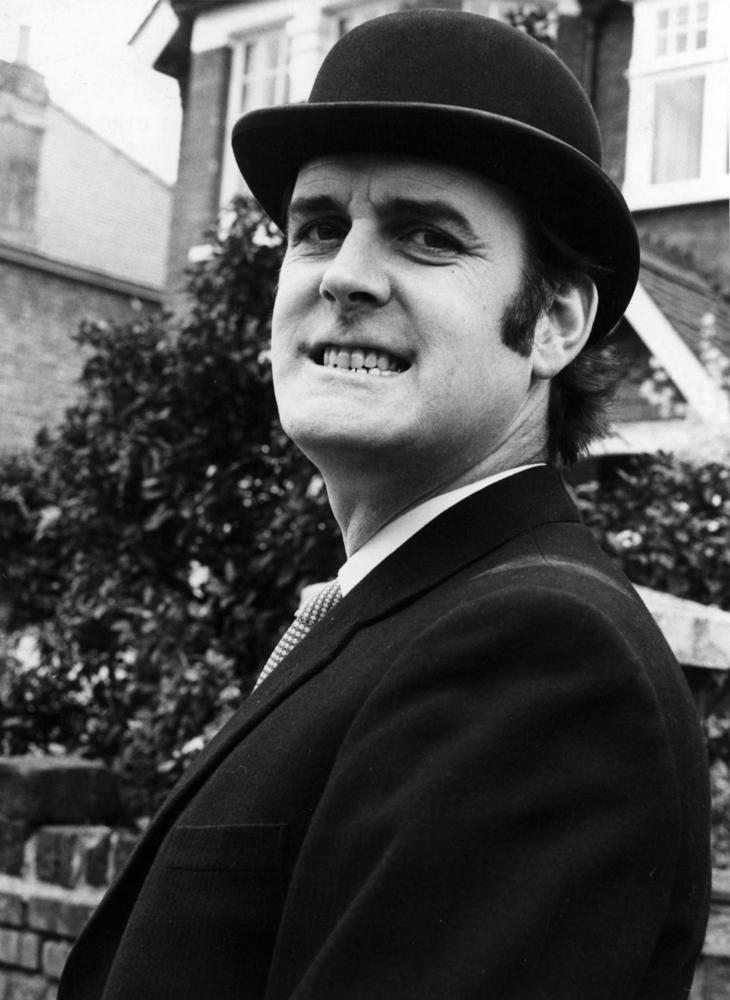 John Cleese in his younger days

I have been a fan of John Cleese and Monty Python for most of my life. They are witty, intelligent and ready to challenge anyone. They are willing to ruffle some feathers, be politically and religiously "incorrect" and challenge norms.

In another words, a lot like IKI Krav Maga. The man against the stream (Rabbi Abraham Kook), the one who dares to be different.

I heard an interview in which John Cleese said how much he enjoys meeting the audience, a live audience, stand up comedy. He says they throw things at you and you never know what is coming. That is the nature of a live performance.

And it got me thinking, it is the same as real Krav Maga.

Too much of Krav Maga training is choreography. It is YouTube training, it works under dojo conditions but nothing more. It is like a movie script where everyone knows their part.

Again, the application to Krav Maga is obvious.

Recently in South Africa we had an impromptu training session, just before I left for the airport. It was very informal, I told everyone; test everything, at full speed, with resistance. Let no one leave with any doubts, either it works or it doesn't. Try it his way, try it that way, prove it to yourself. Challenge me.

John Cleese says he loves when the audience challenges him with a startling question. The good comedian will know how to answer, the trained polished type will be stuck and dumbfounded, just like Krav Maga.

With comedy one has no clue what questions the audience will ask. On the street we have no clue what is coming our way. The comedian "prepares" by developing his sharp wit and sense of humor. The Krav Maga practitioner prepares by not preparing but by developing his tools. At the moment of truth the tools will strike, the comedian will come up with a clever answer on the spot. The Krav Maga practitioner will adapt a concept and use it instinctively.

A woman asks, Mr. Cleese, do you think the Queen killed Diana. The audience was in shock, silent, stunned, but not John Cleese, he quickly responded, well certainly not with her bare hands.

No comedian can know what questions or comments will come his way, but yet he must be able to respond, and make people laugh. Otherwise he is out of business. There is no way to have a prepared response. It is the same with Krav Maga.

That is why we have only a few simple concepts in our style, and we use them and adapt them.

Comedy, like Krav Maga, is often not pretty, as Comedian Steve Martin put it. But we do it, and we prepare for the unexpected by not preparing for what we do not know, but preparing ourselves to respond.