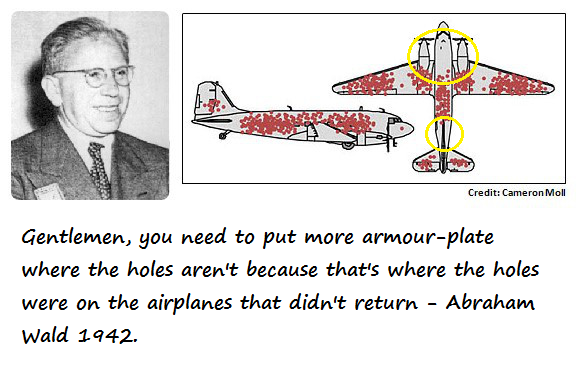 In telling the stories of war, we have a natural inclination to focus on the action, the drama of the front lines. Heroes, villains, and violence unlike most people have ever seen has a unique way of grabbing at the human attention span, luring us in with via own aspirations of heroism, or our own deep seated fears regarding the villainy of the world. The thing is, while winning a war, or even a battle, requires leveraging the strength and heroism of these men of action … sometimes, what really turns the tide in an offensive isn’t the grit in a man’s teeth, but rather the math, devised weeks or months before, in a quiet office a half a world away..  (Alex Hollings)

We need to use logic if we wish to survive. The problem is we tend to focus on the war stories, on the bravery, on the cool fights. If our goal is survival we need to change our focus away from the exciting stories to the goal of who came home.

That is what Abraham Wald did during World War Two. Abraham Wald was a Jewish Hungarian refugee who came to America and helped the allies win the war, yet he never personally fought.

Part of Wald's' task was to analyze American heavy bombers that survived and came home, and decide how to make the planes safer Wald's problem was simple: If you can only apply armor to certain parts of the aircraft, where do you apply it?

The planes were badly hit by German anti-aircraft fire in certain areas. Most experts felt those where the areas that needed to have more armor applied to them, but Wald disagreed. He argued that being hit in those areas did not down the plane, those planes still managed to come home. Planes that were hit in other areas did not come home, thus the areas that were un-hit among the planes that came home, those are the areas that needed reinforced protection. This clever observation saved countless lives and was a major contribution to the war effort.

IKI Krav Maga is an intelligent system based on intelligent analysis of the human body, human psychology and a study of real violence from all over the world. Some styles boast big muscle men who charge into the opponent and engage in fierce battle, I guess they feel they have something to prove. We, however, analyze what is possible and what is not, we stick to the high percentage numbers and use techniques that do not always create great "war stories" and opportunities to brag about one's machismo, but do get you home alive.

We look at the planes that survived. They came home covered with bullet holes, but, they came home. Others recommended that those areas hit by bullet holes be reinforced but Wald disagreed. He felt as long as the vital areas were un-hit, that is enough, the rest can be repaired later. We do not have the ability to cover every spot of the plane with reinforced armor, so we must only protect the areas absolutely necessary for survival. We are seeking survival, not perfection.

There are some martial arts that boast techniques that, if successful, you will have your opponent in a "Zohan style" pretzel lock and you will come home totally unharmed without a scratch. We do not believe that way.

We use basic simple techniques that allow you to survive, high percentage techniques. You are likely to get a few scratches, but we seek not Perfection, only Survival.

Like Wald we take a mathematician's approach: glory and war stories are of no concern for us. Perfection is not a realistic goal given our innate limitations, but survival is possible, if we think like a mathematician.

IKI Krav Maga techniques and solutions focus on simple gross motor moves that are easy to learn and apply. Perfection does not exist in combat, Survival does. 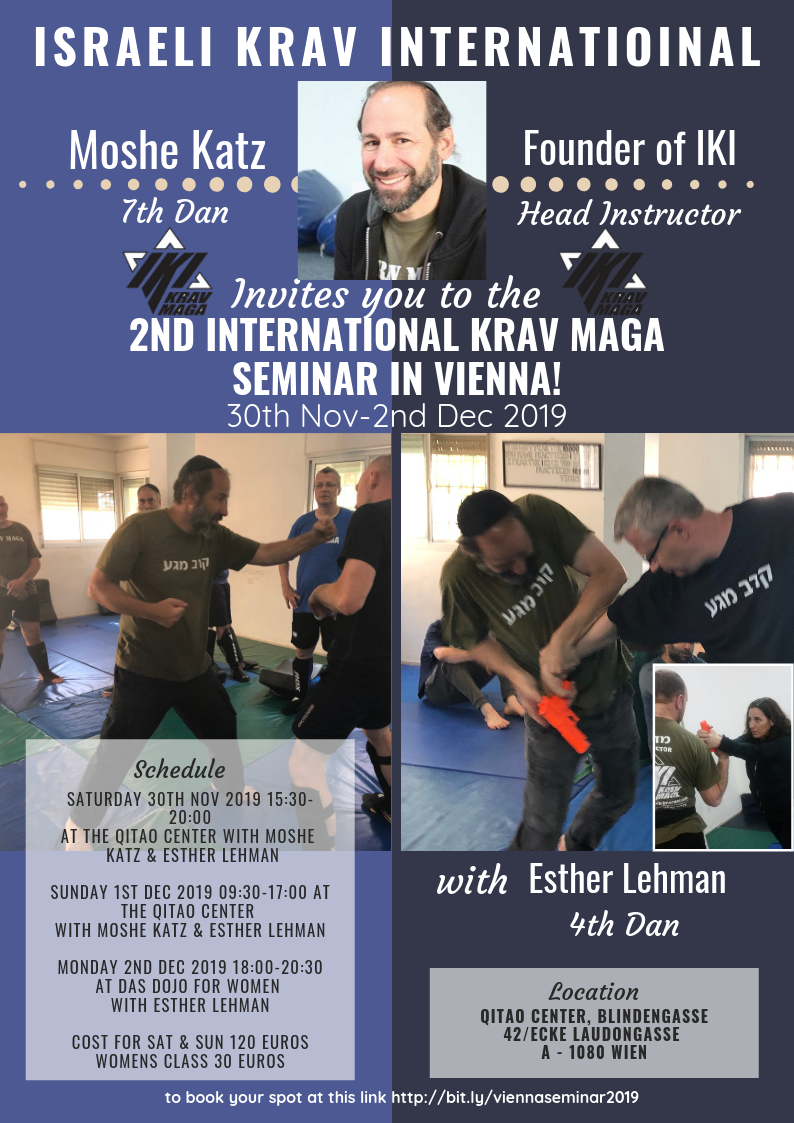