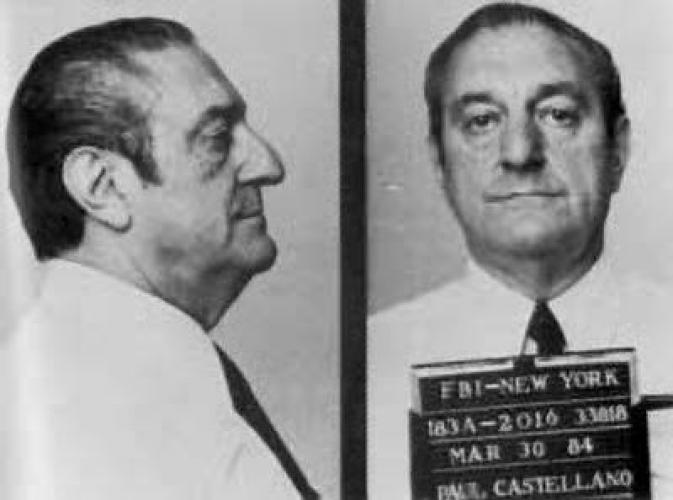 Here is a truth we should all be aware of; we are all mortal, we are all just regular people and we all have fears.

The Mob, the Mafia is composed of people who are out for themselves, they want the good life and they want it now. Most immigrants who came to America worked hard and hoped that at least the next generation would have a better life, but there were those who refused to wait. So they stole, they robbed, they beat people up and they murdered.

Carlo Gambino was such a man. Before he died he named Paul Castellano as his successor. Castellano was eventually murdered by one of his own men, the ambitious John Gotti. John Gotti died in jail. He was sold out by his most loyal support, though guy Sammy the Bull Gravano.

Today's lesson is about being tough and being humble. And it is not what you think.

You know what tough is? Tough is a little Jewish woman who quietly takes her children by the hand and walks into the gas chambers at Auschwitz in order to give her daughters a few last minutes of comfort. Mama is here, it will be OK.

Now lets' look at the other Tough Guys.

But the Boss was not on his turf, he was not on his own court and he was nervous as all hell. He was being indicted for serious crimes and he was very much afraid. In the daylight the Big Boss became a frightened little boy.

Tough guys. I have met many of them. However when things do not go so well, when there are business problems, financial problems, personal problems I have seen them collapse, beg for help. How tough are any of us? What does tough really mean.

Sammy "the bull" Gravano, he was pretty tough. He was indicted for 19 murders, but he probably committed many more. He did not earn his title "Bull" by being soft. He was John Gott's right hand man. Gotti would say that he loved Sammy and cared for Sammy more than he cared for himself. And yet, when Sammy was finally caught and was facing serious hard time in jail, he ratted, he sang, he gave testimony against all his friends, all in order to get a lighter sentence.

A certain instructor criticized Krav Maga as being negative, i.e. always looking at the worst possible scenario. He said, if you ended up in that situation in the first place it means you suck. (eloquent).

Now of course in Krav Maga we must deal with all possible scenarios including the worst possible scenario but here is an important point: It is easy to be tough on you tube, it is easy to be tough in the gym, on your own turf, but when you are not on your own turf, when you are caught off guard, when your game plan fails, what then? How tough are you then?

Toughness is not measure by the size of your muscles, or how many cartoons you have tattooed all over your body, or how foul your language is. Are you tougher than my relatives who walked calmly into the gas chambers to provide a moment of comfort to their children?

Remember what Bruce Lee said, Freedom discovers the man the moment he is no longer concerned over what impression he is making or about to make.

At IKI Krav Maga we focus on real people and real world survival.

Personal Training  - If you are interested in personal Krav Maga training please contact us on the form below. We can send an instructor to you.