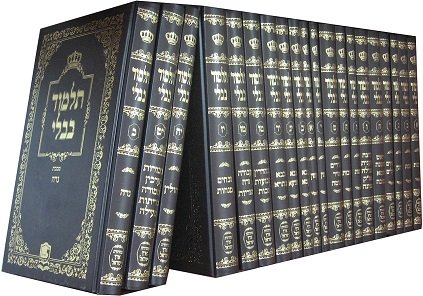 Talmud is an integral part of our system of Krav Maga.

How so? and what is the Talmud?

The Talmud is the central text of Jewish law and life. It was written over a period of 500 years, from 0 - 500 C.E. and contains centuries of tradition, discussion, debate and argument covering all aspects of life. It is the foundation of Jewish cultural and religious life. The discussions concern the Hebrew Bible and the traditions passed down from the time of Moses (Moshe) to the year 500. There are two versions; the Jerusalem Talmud and The Babylonian Talmud. The Babylonian Talmud is one studied most often. Due to Roman Christian oppression the Jerusalem Talmud was unable to be properly completed.

The Babylonian Talmud contains 63 tractates (treatise, sections) including 2,711 huge double sided pages. It is written in ancient Hebrew, Aramaic, Latin and Greek. One who can master the Talmud can master anything.

The discussions/arguments in the Talmud are very complex and often convoluted, yet always brilliant. These leads to one is known to day as "Talmudic Logic", it is also why Jews generally make very competent lawyers. Basically anyone who studies the Talmud is studying the Law.

This way of thinking colors our approach to life.

I just saw a video pertaining to Biblical interpretation. It concerned a verse in the book of Hosea (chapter 14) and the claims being made were rather controversial. On the surface the argument being presented made a great deal of sense. The quotes were all valid, the sources confirmed, and there was certainly an element of truth, i.e. all the necessary ingredients for a massive lie and distortion of the Torah.

One watching the video could be easily astounded and convinced. It was a radical new interpretation of a verse based on the Septuagint (Translation of the Seventy, of the Hebrew Bible into Greek, made for Greek speaking Jews in Egypt in the 3rd and 2nd centuries BCE and adopted by the early Christian churches) , and  on the "Syrian Translation", a unique translation around the second century C.E.  of the Hebrew Bible into Syrian Aramaic. (Dialect of Aramaic emerging in the 5th century BCE, Assyria).

Some of you might be wondering at this point what all of this has to do with Krav Maga, bear with me.

On the face of it the argument seems valid and certainly raised my curiosity. But the presenters had an agenda and some deeper research their argument fell apart.

Their argument had a great deal of truth but left out one important element; the counter-argument, i.e. For someone to say, Yes, but... there are other sources that shed a great deal of light on this.

This in turn can be followed by a counter-counter-argument. To those who study Talmud this will sound very familiar. Walk into any Yeshiva/Rabbinical Academy and you will be surprised by the sounds; loud emotional and passionate arguments/discussions. Point, and counter-point. As one fellow student said to me years ago, tell me what you know and I will find a point of arguing against it. This style of debate is called in Aramaic Shakla we Tarya, or Give and Take.

Now what is the point of all this? It results in truth and honesty. You do not let anyone get away with anything. On video one can present an argument, a case, but there is no counter-argument. It all looks very convincing until another scholar tears it down with a valid counter-argument. Suddenly the first presenter looks like an ignorant fool. The intellectual battles of Talmudic study are unmatched. Eventually one student will gracefully admit defeat and accept the others' interpretation. As we say, the jealousy of scholars increases wisdom, it is all for the sake of Truth. No hard feelings.

Now the relevance to IKI Krav Maga. We are truth seekers, while the above pertained to our spiritual lives, Krav Maga pertains to our physical lives. As such we will argue and debate. I will present a technique to my team and say, now you try it, tell me what you think. At a seminar I will always say, Does this make sense? this is not rhetorical question. If it does not make sense, challenge me, respectfully, this will lead to debate.

Hosea lived about 2,800 years ago but we are still debating his words and they are still relevant. Our Talmudic tradition has created a culture of intellectual pursuit like no other. IKI Krav Maga is a product of this culture.

Have a good Sabbath everyone.

IKI On Line Membership and Training 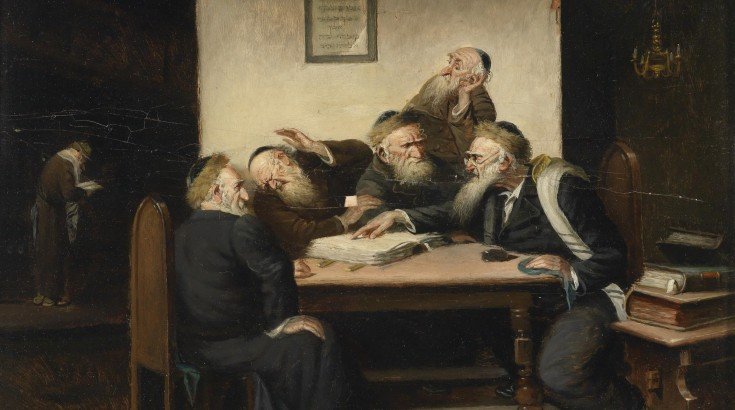 Talmudic scholars in the endless debate, No Holds Bar studies.