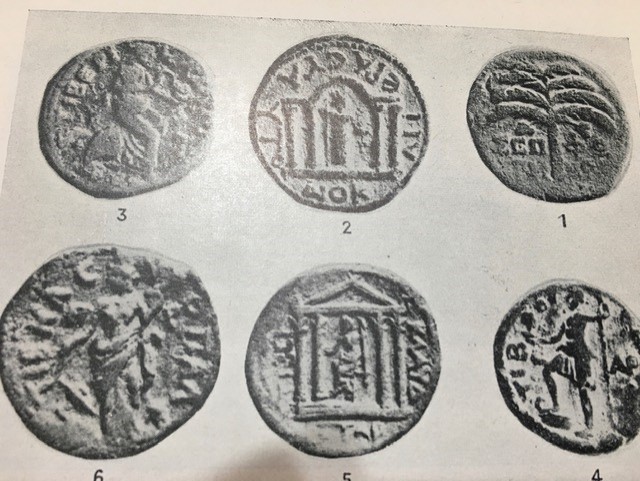 Yehuda Ben Baba (Judah the son of Baba), the name probably does not mean much to people these days, even to Jews or devout Christians, but he is a very important unknown historical figure.

What did he do?

He was a teacher, that's it.

So why is he so important?

Sit back my friends for a tale.

The year was 132 and the brave Jews of the land of Israel finally rebelled against the Roman conquerors, the war was initially successful but ultimately the powerful Roman army defeated the outnumbered Jews. So many Romans were lost in battle that entire legions were wiped out, never to be resurrected. The commanding officer left off his usual salutation when writing his reports, "The troops and I are well". For Rome had suffered hundreds of thousands of dead soldiers. It is said that the entire region gained respect for the Jewish warriors, and even after the war many Jewish warriors maintained their weapons and minor skirmishes and attacks continued. The source for this is the Talmud where it discusses which weapons may not be carried on the Sabbath.

Rome under the Hadrian the Wicked One (as he is always referred to in our sources) wished to erase the Jewish religion which had caused him so much trouble. Among his many decrees was renaming the land "Palestine", thus giving our future terrorist neighbors their name. The Arabs would only conquer our land six centuries later. There is no such thing historically as a Palestinian Arab, But ... back to our topic.

Another decree by Hadrian the Wicked One was that Jewish teaching should come to an end. The decree specifically forbade the certification of instructors. i.e. no further rabbis/teachers could be ordained. He wanted to break the chain of Jewish tradition that began with Moses (Moshe). When the last rabbi would die out, it would all be over.

Thus we reach the topic of Instructor Certification, and its' great significance.

The Roman law stated that if a Jewish teacher becomes certified both the teacher and the elder teacher who certified him would be put to death. The city in which the certification takes place will be utterly destroyed and the entire region uprooted.

Rabbi Yehuda ben Baba was a close associate of Rabbi Akiva who was the spiritual support for General Shimon Bar Cochba (Simon the son of the shooting star). When Rabbi Akiva was murdered by the Romans after the defeat of the Judean army in 135, the situation looked bad.

It is now the year 136, half of the Judean population has been killed, of approximately 1.3 million Jews before the war only about 700,000 or 800,000 remain. 75 known Jewish villages in the region of Judea are utterly destroyed and never mentioned again. The land is devastated, the economy, the agriculture is devastated. The leaders of the nation understood that to preserve the Jewish people immediate and firm action must be taken. The fear was that many would leave the country or even, God forbid, leave their faith.

The leaders met in a place called Usha, in the Galilee, and created a system to reorganize he Jewish people. These laws and ordinances are still in effect today and have indeed kept our people together. Among those present was Rabbi Yehuda ben Baba.

Rabbi Yehuda ben Baba took five students, the greatest students of the late martyr Rabbi Akiva and he defied the Roman Empire; he certified them as instructors, he ordained them as rabbis. He would pay for this dearly, with his own life. He too would die a martyr at the hands of the Romans.

It is told that he gathered the students in an area that was not incorporated in any town or village, so as to spare those towns the evil retribution of the Romans. The Talmud records; what did he do? He went and he sat between two large mountains, between Usha and Shfaram, in "no man's land", and he ordained and certified five teachers; Rabbi Meir, Rabbi Yehuda and Rabbi Yossi, Rabbi Shimon and Rabbi Elazar son of Shamua, and some add also Rabbi Nehemia. When Rabbi Yehuda Ben Baba saw the enemy coming (the Romans) he told his students, my sons! run! They said But Rabbi/Teacher, what will be with you? He replied, I will be for them like a Rock that cannot be budged or overturned.

It is said the Roman soldiers did not leave until they had pierced his body with 300 javelins. He died a terrible death and is considered one of the ten holy martyrs murdered by the Romans.

Historians such as Michael Avi Yonah, say that it was the act of bravery and self-sacrifice of Yehuda ben Baba that preserved Judaism, the Talmud and the legacy of the holy scriptures. He certified and ordained the five students who would carry these teachings into the future. The chain has been maintained ever since, despite countless massacres, the burning of the Talmud in Paris, the Catholic inquisitions (Spain, Portugal, South America), and the Holocaust. Both Rabbi Yehuda ben Baba the Martyr, and Hadrian the Wicked One, understood how much was at stake, it was man against man, the good against the evil. One man had the entire Roman Empire at his disposal, the other had the strength of his convictions. The latter won out. The Roman Empire is gone but the Talmud is still being studied, the chain has not been broken.

Every teacher today should feel the inspiration of the act of Yehuda the son of Baba in the second century. Teaching and the certification of teachers, matters.

To those about to teach, we salute you! 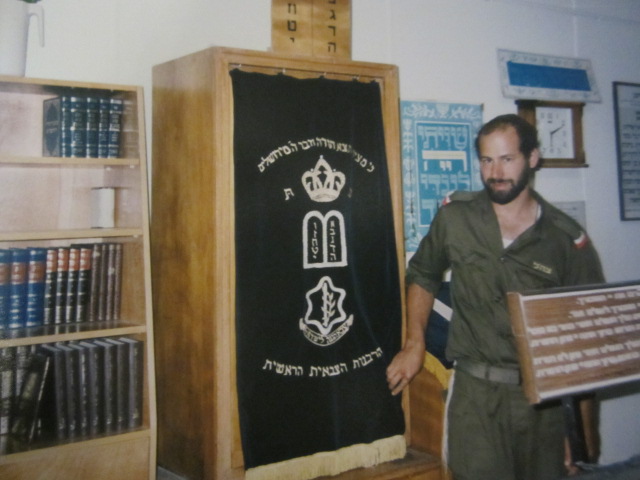 We combine the spiritual legacy with the warrior tradition. A synagogue in the Israel Defense Forces.