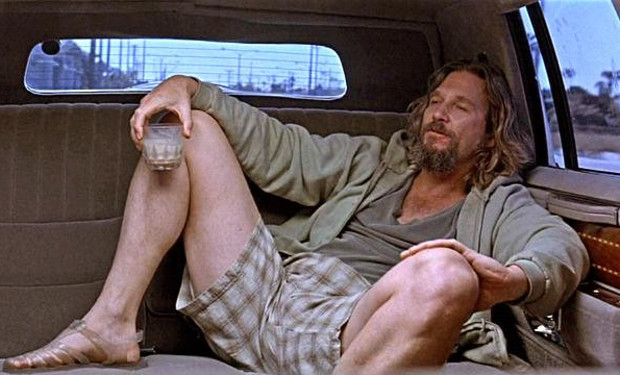 There are many arm chair Krav Maga fans who watch youtube videos and post posts and make comments. They love the action, the hype, the cool image. That is totally not cool, not at all.

Thinking these hot shot choreographed videos cool is the height of non cool. All these guys and girls making these videos are interested in one thing, your money. And they feel that making videos, the cooler the better, will get them that money. Make no mistake about it; these videos are not made as a public service,

When the Dude is attacked his only response is, "Man, can't you see I have a beverage!" His only concern was that his drink might be spilled. The Dude abides.

When a competitor at the bowling rink taunts and mocks him and says he will be soundly defeated in the upcoming match the Dude just sits there, totally relaxed, and says, "Well man, that's like your opinion man",

Fancy flashy Krav Maga videos designed to impress. Professional film makers and marketing experts are behind the scenes, not self defense experts. All is false, all is nothing more than modern day tricksters trying to sell you some magic potion to cure baldness and all other ailments. It is Fake Fake Fake.

We do not need that. We are not impressed by the Flash And Trash. We keep it real, like the Dude himself.